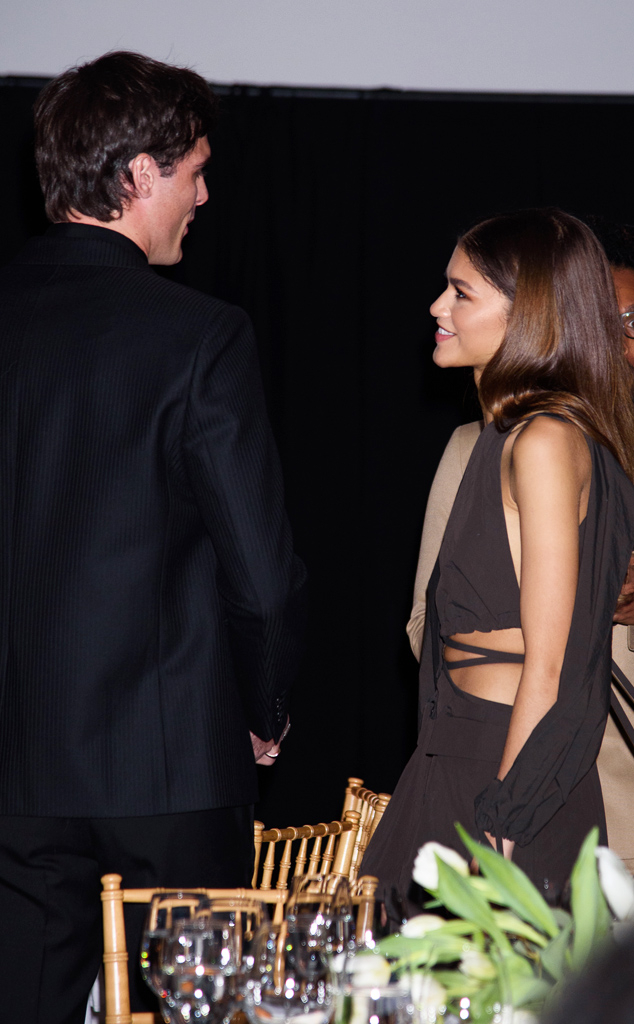 Zendaya is putting an end to those Jacob Elordi romance rumors.

The 23-year-old actress called the 22-year-old actor her “best friend” while presenting him with the Rising Star honor at the American Australian Association Arts Awards in New York on Thursday. Zendaya stunned in a Christopher Esber ensemble while Jacob looked sharp in his suit.

This wasn’t the first time the Euphoria stars had squashed speculation. Back in December, Jacob told GQ Zendaya was “like my sister.”

“She’s super dope to work with,” he told the magazine at the time. “She’s an incredible artist and a very caring person to all of us. But we’re all really close. There is not one weak link in that show. We’ve spent so much time together and everyone is just so cool to work with.”

Zendaya and Jacob—who play Rue Bennett and Nate Jacobs on the HBO hit—sparked romance rumors after vacationing together in Greece in August 2019. The Daily Mail also reported the two hung out in Australia after the GQ Men of Year Awards, where Zendaya was honored as Woman of the Year and Jacob was named TV Actor of the Year.

This wasn’t the first time Zendaya had sparked romance rumors with a co-star. Last year, there was speculation she was romantically linked to her Spider-Man: Far From Home castmate Tom Holland. Although, Zendaya made it clear the two are “friends.”

Although, if Zendaya were to date someone, she said it would be helpful if that person was in the industry.

“There’s just certain things in our lives that’s hard for people to understand if they don’t live it,” she told CR Fashion Book in 2018. “Like if I have to explain what a call time is or why I have to start glam early. I’m not just sitting around all day. I’m on camera, I’m shooting, I’m working, I can’t have my phone. But that doesn’t mean somebody who’s not in the industry can’t understand it or wouldn’t want to learn or understand it.”