Medical staff carry a box as they walk at the Jinyintan hospital, where the patients with pneumonia caused by the new strain of coronavirus are being treated, in Wuhan, Hubei province, China January 10, 2020.

The World Health Organization is set to reconvene Thursday after an emergency committee of international health experts were split on deciding whether the virus should be classified as a “public health emergency of international concern,” Director-General Tedros Adhanom Ghebreyesus told journalists on a call. That gives the organization the power to set temporary recommendations to coordinate a global health response with its 196 member countries, which include the United States.

The previously unknown, flu-like coronavirus strain sent a chill through global markets this week. It’s believed to have emerged from an animal market in central Wuhan city, China with cases now detected across Asia and as far away as the United States. Deaths from China’s new virus rose to 17 on Wednesday with 571 confirmed cases so far, increasing fears of contagion from an infection suspected to originate from illegally-traded wildlife.

WHO physicians said they needed more data before declaring a global emergency, but the virus is now spreading through close human contact and in health-care settings, they said. One of the criteria used to determine whether it’s an international threat is whether the disease spreads locally once it arrives in new parts of the world, “and that’s a nuanced and important distinction to make,” Dr. Mike Ryan, executive director of WHO’s health emergencies programme, said on the call.

The other main criteria is whether it’s already interfered or will likely interfere with trade and travel, he said. The WHO committee’s goal, he said is to contain an outbreak without needlessly disrupting economic activity just by declaring a global health crisis.

“There’s a balance here to be struck and that balance is something the emergency committee tries to address in their advice to the director general,” he said.

The impact on global trade and travel was felt from Beijing to Seattle — where a U.S. traveler was under quarantine with the virus in a Snohomish County, Washington hospital after flying back from Wuhan, U.S. health officials said Tuesday. U.S. health officials said they would begin screenings at major airports in Chicago and Atlanta, in addition to the screenings underway at Los Angeles, San Francisco and New York airports, in an attempt to control the spread.

Fears that the coronavirus could disrupt travel and commerce and slow economic growth sent a chill through global markets this week, hitting Asian stocks hard as investors grew concerned that the country’s Lunar New Year holiday, which begins Saturday, could worsen the spread as millions of Chinese nationals travel domestically and abroad. Confirmation of the first U.S. case Tuesday depressed copper and oil prices, sending investors into safe havens, such as U.S. Treasurys and German bunds. Goldman Sachs predicted that the outbreak could shave $3 from oil prices due to a slowdown in air travel.

Already, across China, companies from Foxconn to Huawei Technologies and HSBC Holdings were handing out masks and warning staff to avoid Wuhan. Terry Gou, the billionaire founder of Apple supplier Foxconn, said he was advising employees not to visit China.

Some major U.S. companies, including General Motors and Ford, announced that they would also temporarily restrict employee travel and reports from Chinese state media that government officials in Wuhan were suspending all public transportation and asking residents to not leave the city due to the outbreak likely didn’t help ease fears.

Physicians have compared the outbreak to the 2003 outbreak of severe acute respiratory syndrome, or SARS, which had a short incubation period of two to seven days. At the time, WHO officials said it was less infectious than the flu. While there were just eight confirmed cases in the U.S., it infected 8,098 people and killed 774.

SARS, however, didn’t spread as fast in its first few weeks as the current coronavirus outbreak, according to WHO data. It took almost two months for SARS to spread to 456 people. By comparison, the 2019 coronavirus has already infected more than 571 people in less than a month.

WHO officials said the mortality rate from the new virus, is 3.8% as of Wednesday, which is low compared to other outbreaks. WHO officials have investigators on the ground in China gathering more data, which committee members said they need before calling it a global health emergency. The SARS outbreak two decades ago had a mortality rate of about 10%.

They said scientists are building on research and development advancements that have been made from the last outbreaks and could be applicable here.

WHO doesn’t enact the emergencies lightly, health experts say. The last time WHO declared a global health emergency was in 2019 for the Ebola outbreak in eastern Congo that killed more than 2,000 people. The agency also declared global emergencies for the 2016 Zika virus, the 2009 H1N1 swine flu and the 2014 polio and Ebola outbreaks.

CNBC’s Michael Wayland and Leslie Josephs contributed to this article.

Chipotle CEO on stores damaged in protests: ‘We can patch up and fix’ 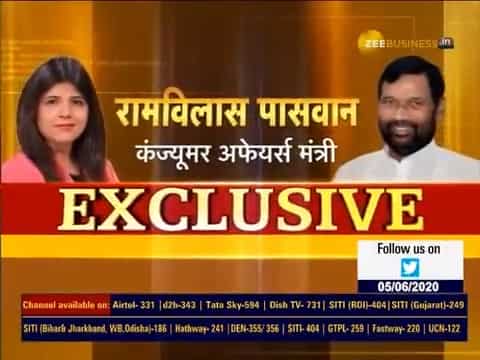