WASHINGTON — The White House’s election-year budget will show the economy growing at an average rate of 3% for the next 15 years, a senior administration official said Sunday, spurred on by another round of tax cuts and low interest rates.

The fiscal 2021 budget, to be released Monday, includes a plan to extend the disputed tax overhaul that Republicans passed in 2017. The reductions in the individual rate are set to expire in 2025. The White House is proposing to continue those cuts through 2035 at a cost of $1.4 trillion — a figure that serves as a rough placeholder for President Donald Trump’s promised “Tax Cuts 2.0.”

The budget also assumes that interest rates remain at historically low levels despite projections for a strong economy, with the 10-year Treasury yield rising to only about 3% by the end of the decade. The Federal Reserve cut its benchmark interest rate three times last year, and officials are not forecasting any changes this year. But Trump has repeatedly pressed Fed Chairman Jay Powell to cut rates to zero and has dismissed central bank officials as “boneheads.”

Assuming no changes to current law, the nonpartisan Congressional Budget Office projects much lower economic growth than the White House projection of 3%.

The White House is counting on economic growth to help shrink the deficit. Its forecast projects the deficit will hit $1 trillion this fiscal year and linger at $200 billion after a decade. The senior White House official said it will take the administration five more years to balance the budget.

“First and foremost, we have to restore growth,” Vice President Mike Pence told CNBC on Friday. “That’s how we will deal with the long-term fiscal challenges facing our country.”

But the White House budget will also propose $4.4 trillion in spending reductions over the next decade, about half coming from sweeping changes to popular social safety net programs. Establishing tighter work requirements for food and housing assistance and Medicaid would reduce spending by $300 billion, the official said. Changes to the government’s student loan forgiveness program could lower costs by $170 billion.

The Corporation for Public Broadcasting would be privatized, and the AmeriCorps volunteer program would be eliminated. The official said no cuts are proposed to Social Security or Medicare, though the administration has proposed tougher reviews of the Social Security disability insurance program as well as drug pricing reforms that could affect Medicare costs.

The president’s budget is traditionally viewed as a vision statement, rather than a detailed policy paper. Trump’s budget assumes that all of his proposals are enacted — a long shot at best, given that Democrats control the House.

For example, the White House proposal falls short of the bipartisan budget deal struck with lawmakers last year on the amount of nondefense discretionary spending. The House Budget Committee warned on Friday that it is on “high alert” for attempts by the administration to circumvent Congress.

“If the budget is as destructive and irresponsible as the President’s previous proposals, House Democrats will do everything in our power to stop the cuts and policies from coming to pass,” the committee said.

Even areas where there might have been bipartisan agreement — such as the White House proposal to leverage $200 billion in federal funding for a trillion-dollar infrastructure project — appear unlikely given the bitter personal feud between Trump and House Speaker Nancy Pelosi, D-Calif.

“This is an incredibly important president’s budget to pay attention to,” Zach Moller, deputy director of the economic program at Third Way, a centrist think tank, said ahead of the release if the spending plan. “What Trump proposes is going to be a first look at his 2020 election platform. The policy decisions made by his administration to date have continued to put the country’s long-term health in jeopardy.”

The CBO estimates the economy will expand at a rate of 1.6% to 1.7% over the next 10 years, about half of the administration’s forecast.

It also projects that the deficit will not shrink, but rather balloon to $1.7 trillion by the end of the decade. The widening deficit has drawn criticism from Democrats who accuse conservatives of fiscal hypocrisy and budget hawks who are raising red flags about the looming debt crisis.

“My hope is that this budget finally starts to take the return of trillion-dollar deficits seriously,” Marc Goldwein, senior policy director at the Committee for a Responsible Federal Budget, said before the budget was released.

Goldwein expressed support for some of the cost-saving changes that the administration has proposed for Medicare. But he cautioned that the economy is unlikely to unfold as the White House expects.

“I worry that the budget will instead rely on fantasy economic growth to paper over widening deficits,” he said.

U.S. officials won’t say whether they will comply with China order to close Chengdu consulate 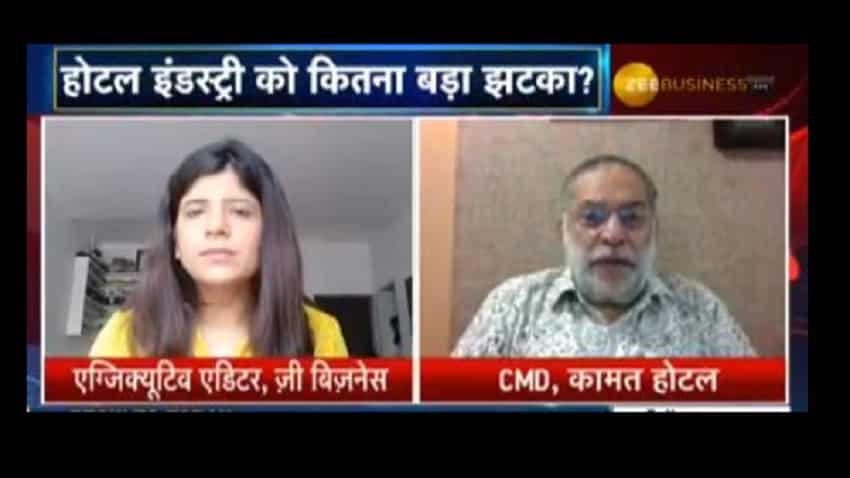 Government should ask banks to not recover from hotel industry for the next 18 months: Vithal V. Kamat, CMD, Kamat Hotels