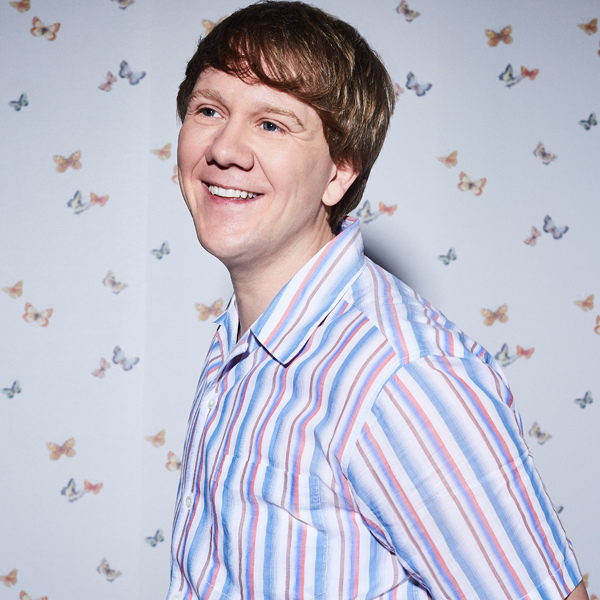 So, what’s with all the bugs? We asked series creator and star Josh Thomas that very question.

Thomas’ first show, Please Like Me, had episode titles derived from the various dishes either made by his character or were consumed by characters on the series. In Everything’s Gonna Be Okay, Thomas’ character Nicholas is an entomologist. The idea for that, and to have all these bugs around, came to Thomas in…the shower.

“I had a brief romance with this is boy and we were in the shower and he was leaving to go and live in the bush and research on this specific kind of grasshopper for six months. And he was telling me in the shower, and I was like, ‘God, that’s charming. That is charming. steal it,”https://www.eonline.com/” Thomas laughed. “Steal it and pretend that’s what I do on the television.”

The series follows Nicholas, an Australian visiting the US, after he becomes the guardian to his two American sisters following the sudden death of their father. Now with new responsibilities, Nicholas himself struggles to be the grownup for Matilda (Kayla Cromer) and Genevieve (Maeve Press).

“I’m really into character, that’s what I watch TV shows for because I like the people. I think that’s what TV is cool for, and obviously, kind of the point of TV over film. This show is just three characters, I wanted a character with autism, I wanted a teenage girl—I always think teenage girls are really interested, and then I’m in it…because it’s my job…If they let you be in your own TV show, of course you’re there, yeah,” Thomas said about creating the new show.

Yo Gotti On The ‘Messaging’ Behind New Album ‘Untrapped’: It’s About ‘The Things I’ve Been Dealing With’

Wendy Williams Is ‘Weighing Options’ For Her Talk Show During Hiatus: ‘Anything Is Possible’