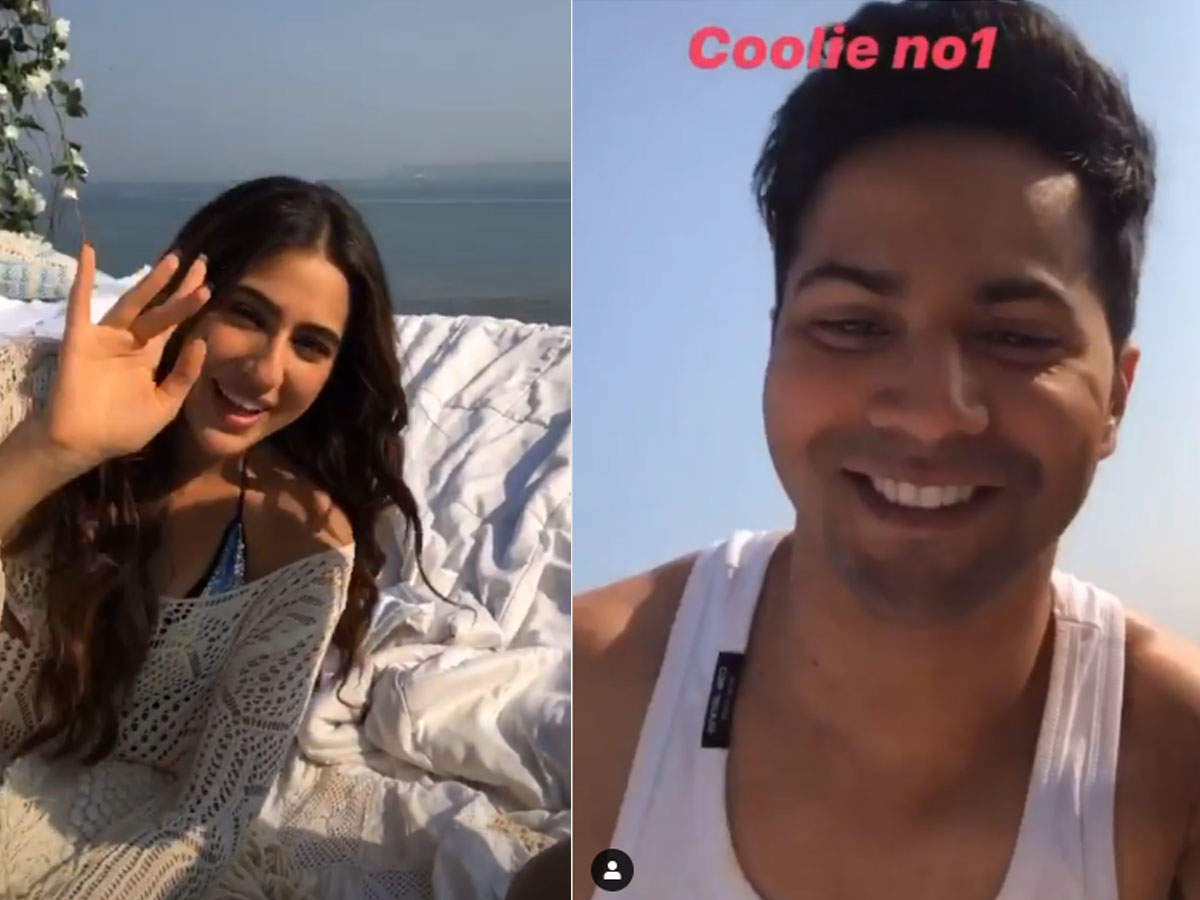 Varun Dhawan and Sara Ali Khan seem to be making the most of their time shooting for ‘Coolie No 1‘.

Currently in Goa, basking in the sun and sand, the two began their Tuesday shooting for a romantic scene in a dreamy location. Standing on a hammock near a cliff by the sea, Varun gave fans a peek at the breathtaking scenery. He also gave fans a look at his co-star, Sara looking lovely in a blue and white ensemble.

In the clip, Varun is seen losing his balance and getting scolded by a concerned Sara. The two, however, went about goofing around before signing off and resuming their shoot.

According to reports,that lead pair, along with their co-star, Jaaved Jaaferi, are in Goa for six days to shoot a romantic song with which it will be a wrap for the David Dhawan directorial. Daddy Dhawan had helmed the original as well. “Sara’s character is from Goa, so, we will also be filming some important scenes which are integral to the narrative, along with some lighter moments featuring Jaaved,” Jackky Bhagnani shared in an interview with Mumbai Mirror.

The song, an original, has been composed by Tanishk Bagchi and will be shot in and around Panjim. “The idea is to make the most of the beach locations and churches in the picture-perfect state.”

Preity Zinta gets nostalgic about her first film ‘Kya Kehna’; says it is a constant reminder to follow your heart and gut – Times of India