Oh my. The drama during the Jan. 21 episode of ‘Vanderpump Rules’ was at an all-time high, when Stassi verbally assaulted Tom Sandoval in front of dozens of patrons at his new bar.

After receiving a startling phone call from Tom Sandoval, during the Jan. 21 episode of Vanderpump Rules, Ken Todd turned to his wife, Lisa Vanderpump, and said, “Sandoval [is] spitting blood.” But when Lisa asked him to clarify, he said, “What he said was that Stassi [Schroeder] was screaming and shouting at him in front of all the customers [at TomTom].” And Lisa was shocked by what she had heard. “That’s absolutely not okay,” she told Ken. “I just didn’t envisage that there would be a problem with [Stassi’s] book signing. I mean, it’s not like it’s New Year’s Eve or Pride or Halloween — I’d understand that. But this is a book signing. Come on guys.” Then, Lisa said she had to “get to the bottom of it” and find out the “real story”.

Fortunately for viewers, they did get the “real story”, and that’s because they actually witnessed the incident firsthand. What really happened was Stassi came to TomTom for her book signing event, but Tom Sandoval was pretty upset about it because she asked Lisa for permission, not him. So when Stassi entered the bar with a lot of paying customers, she thought he’d be pleased. But he wasn’t, and that ticked her off. “Is there a freaking issue?” she asked him after charging over to the host stand to talk to Tom directly. “What is not okay about having a bunch of customers in here, buying drinks from your bar?”

“I didn’t get a single text message,” Tom started telling Stassi before she cut him off and said, “Is it that I didn’t come to you and kiss your ring? This is about you. I talked to Lisa.” He then asked, “Does Lisa make the schedule here?” And that set Stassi off more than she already was. “Lisa owns most of this bar. I did a walkthrough with [Tom] Schwartz while you were having a boys’ night. How dare you come in here right now and do this! How dare you! How dare you! You selfish, egotistical, piece of s***,” she screamed. Yikes.

Okay, so there really wasn’t any physical violence. Maybe Ken really just meant that Tom was mad, when he told Lisa that he was “spitting blood”. Must be an English phrase. 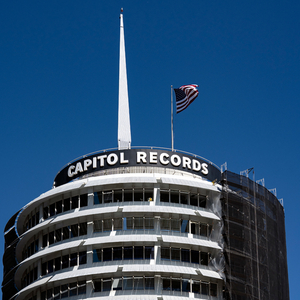 Music Industry Observing Black Out Tuesday in Solidarity with BLM