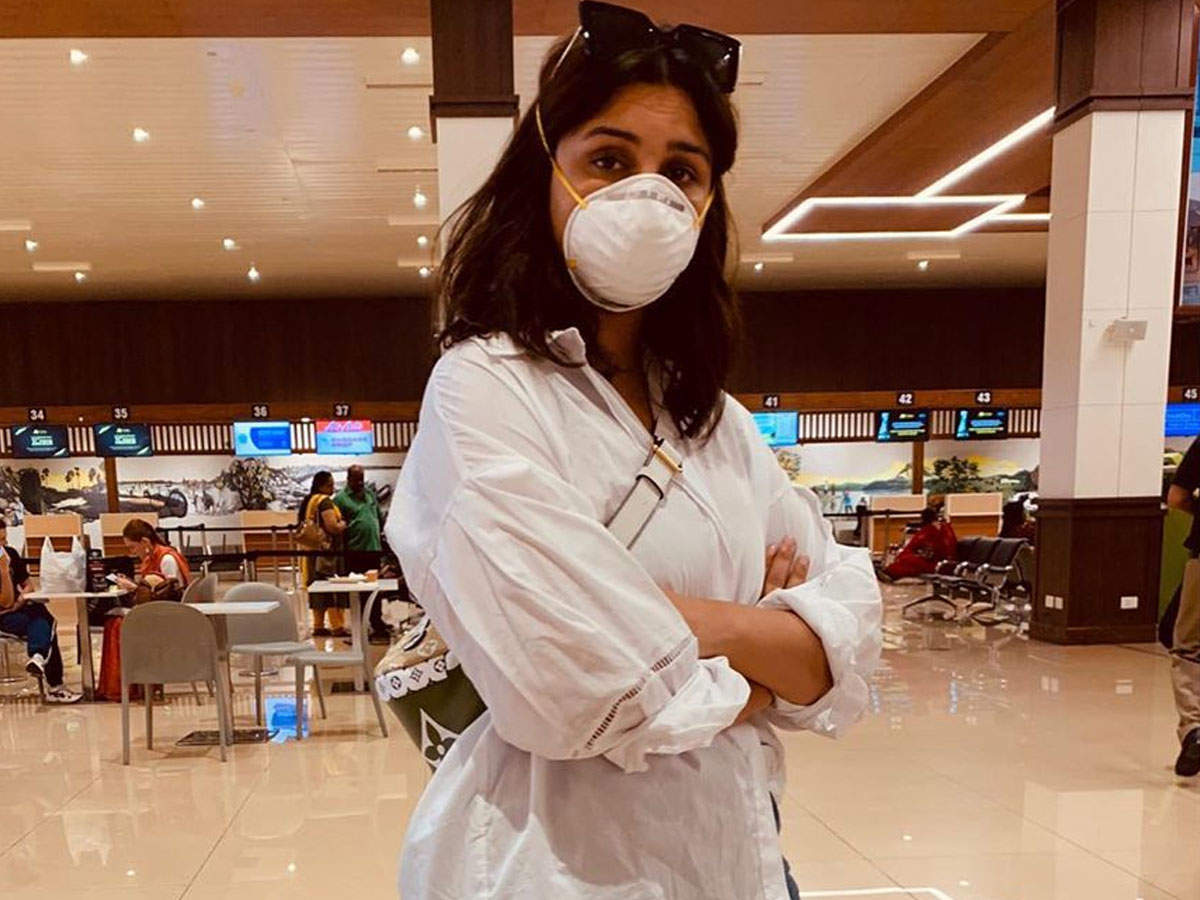 Actress Parineeti Chopra aimed at spreading awareness about Coronavirus when she uploaded a series of photos of herself donning a mask at the airport.

“Sad, but I guess this is the situation now. Stay safe guys,” Parineeti captioned the photos that saw her donning casual attire and carrying a stylish olive-and-beige designer bag across her shoulder.

With this, the actress joined a long list of stars including Ranbir Kapoor, Kartik Aaryan, Sunny Leone and others, who were spotted wearing masks at the airport lately, as protection against the virus.

However, the actress’ post wasn’t well-received by Twitter users, who slammed her for allegedly ‘spreading fear’ besides being opportunistic and turning it into a “fashion photoshoot”. While asking her to take down her tweet, many also schooled her by pointing out that she was wearing a dust mask instead of the N95 mask.

@ParineetiChopra You need a n95 mask not that dust mask

@ParineetiChopra That is not the correct mask. N95 masks to be used.

@ParineetiChopra That looks like a dust mask.. it will not do anything.

A few others felt she was trying to flaunt her designer bag over actually spreading awareness about the disease.

@ParineetiChopra It is not a fashion photo shoot opportunity. This virus has killed many people. Please delete this.

@ParineetiChopra So you basically wanted to flaunt you @LVServices bag and mock this deadly Corona virus… https://t.co/5z9vEvoIuG

According to reports, Coronaviruses are a large family of viruses that cause illness ranging from a common cold to more severe diseases. Common signs of infection include respiratory issues, fever, cough and breathing difficulties.

This year, Parineeti is gearing up for the release of two films. She has Ribhu Dasgupta’s psychological thriller ‘The Girl On The Train’, adapted from the 2016 Hollywood film of the same name, which in turn was based on Paula Hawkins’ 2015 novel. Parineeti will also be seen in the Saina Nehwal biopic directed by Amol Gupte.

Viral posts of the week: Katrina Kaif, Karan Johar and others broke the internet while spreading awareness – Times of India

Rhea Chakraborty’s lawyer hits out at Sushant Singh Rajput’s family lawyer claim about the actor’s ‘death by strangulation’ : Agencies being pressurised to reach a pre-determined result – Times of India