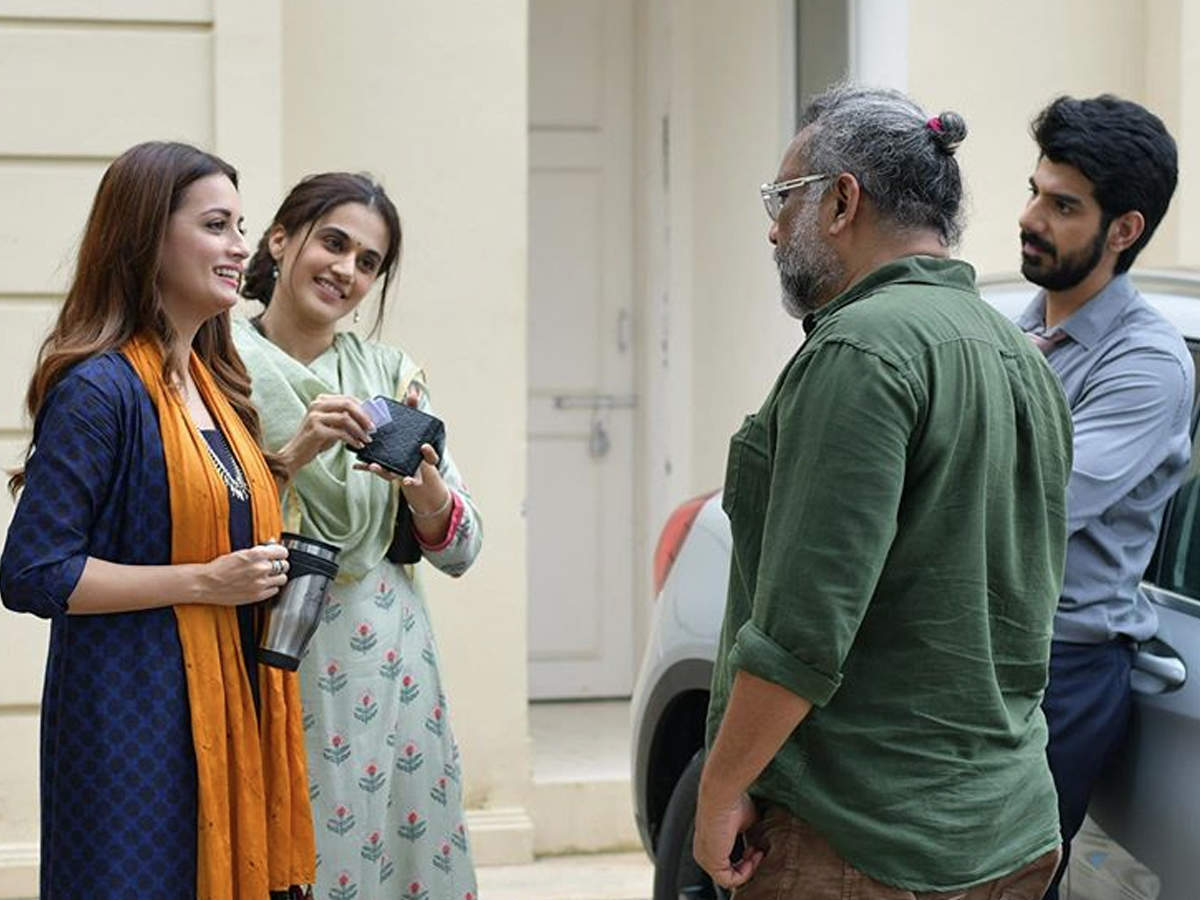 Taapsee Pannu starrer ‘Thappad‘ has been the talk of the town ever since the first poster of the film was released by the makers. Well, if that wasn’t enough then the trailer of the hard-hitting film left everyone stunned. Now, Dia Mirza, who plays an integral part in the film took to social media and shared a series of BTS pictures.

Dia was all praise for the director Anubhav Sinha as she shared two posts in appreciation of the ace filmmaker. She captioned the first post as “कुछ लम्हे एक साथ ❤️ @taapsee @pavailgulati @anubhavsinhaa #throwbackthursday #Bts #Thappad in cinemas 28th February 2020!” which also gave a glimpse of her co-star Taapsee.

In the second post, Dia can be seen flashing her beautiful smile while giving the credit to Sinha. She wrote, “@anubhavsinhaa you do make me laugh a lot even when the work is serious 😅 वैसे, २० साल में बहुत कुछ बदल गाया, और फिर कुछ भी तो नहीं! #BTS #Thappad in cinemas 28th February 2020”

Meanwhile, talking about the relevance of ‘Thappad’ as compared to ‘Article 15’, Sinha said, “Yes this should be more relatable. ‘Article 15’ was about an issue that most of us like to believe does not exist whereas this one is in every house in some form or the other.”

Taapsee Pannu reveals how she was once replaced from a film because of a hero’s wife!

‘Aashram: Chapter 2 – The Dark Side’ trailer: Bobby Deol’s sinister act is sure to leave you on the edge of your seats – Times of India

Malaika Arora takes a dig at her son Arhaan and Nirvan Khan’s fashion choice; questions them ‘What were you boys thinking?’ – Times of India