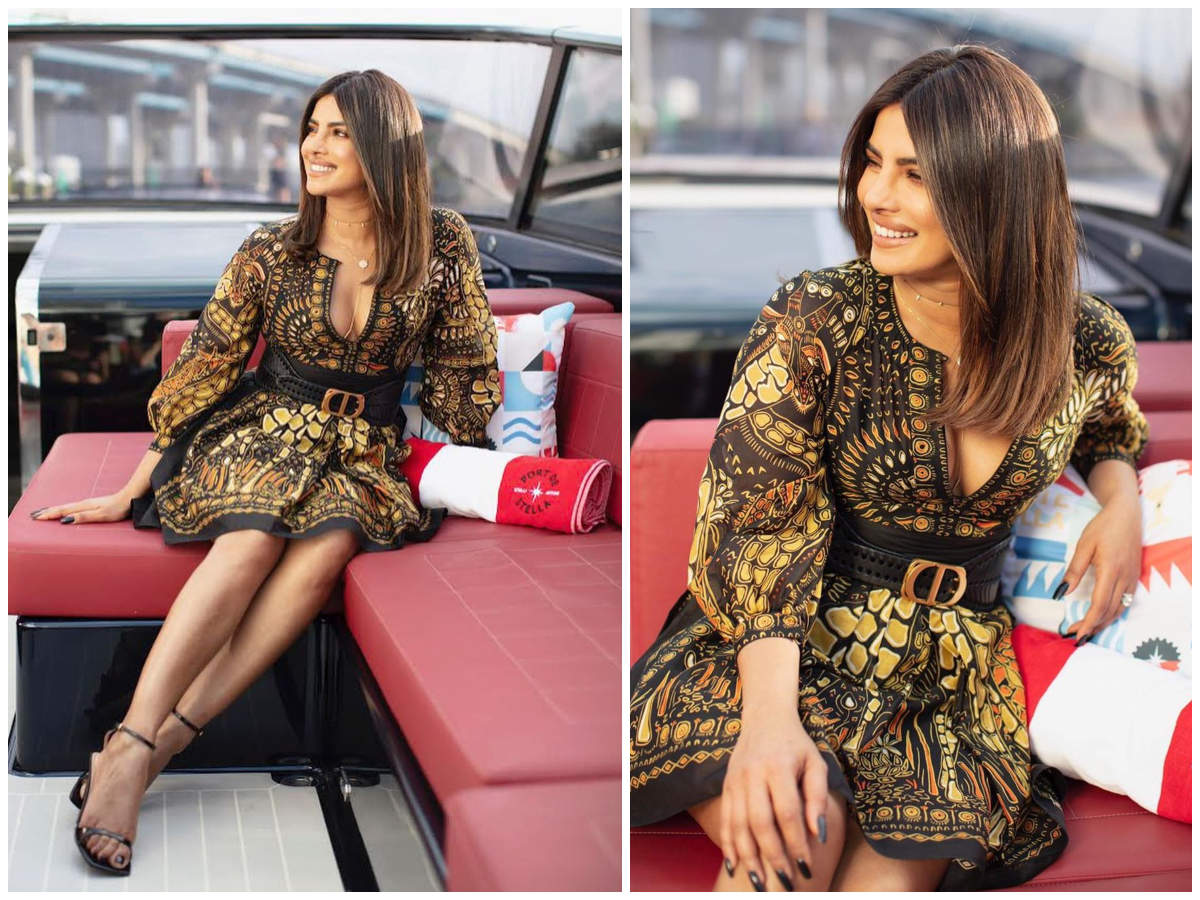 Priyanka Chopra was ruling headlines this week for her red carpet look for Grammy 2020. The diva made head turns with her choice of outfit and left the internet divided over her ensemble. Now, the actress took to her social media handle to share stylish photos of herself and we can’t get enough of it!

In these candid clicks, the ‘Bajirao Mastani’ actress is seen sitting at some beautiful outdoor location. She looks drop-dead gorgeous in this pretty dress in the black and gold shade. The dress had puffed and she paired it up with a stylish black belt around her waist. The finished the look with a pair of black pencil heels. She teamed it up delicate accessories and flashed her million-dollar smile which left her fans mesmerised.

Meanwhile, on the work front, Priyanka was last seen in Shonali Bose’s ‘The Sky Is Pink’. The movie also starred Farhan Akhtar and Zaira Wasim in lead roles. Priyanka is yet to announce her next Bollywood project. She is seen spending personal time with hubby Nick Jonas as he wraps up his music concert. She has been keeping busy with her various film commitments.