GUWAHATI: The top 10 start-ups from Cohort 1.0 together recorded a revenue growth of 450 percent.

On the occasion of the completion of one year of Assam Startup – the Nest, the incubation centre organized a ‘Stakeholders Meet 2020’ at Ambari on Wednesday. The Nest has so far initiated a startup movement and a culture of entrepreneurship in Assam.

Addressing the Cohort 1.0 entrepreneurs and Cohort 2.0 incubatees, Assam Industries and Commerce Minister Chandra Mohan Patowary said that the 21st century will be entirely IT-enabled and dominated by Artificial Intelligence and Startups.

‘Human interference would be further limited in the coming days and Internet of Things (IoT) will dominate our world. In such a situation, only innovation and upgradation of skills will survive and reign’, added Patowary. Calling the youths the makers of our future, Minister Patowary urged them to focus and never quit until they reap success.

The state government stated since the inception, The Nest has been able to generate great enthusiasm among the people. As many as 1047 applications were received for the first incubation batch out of which 50 startups were finally selected for incubation run in a 6-month Cohort mode.

Incubation at the Nest helped the startups record remarkable growth. The top 10 startups from Cohort 1.0 together recorded a revenue growth of 450%. The total revenue generated by the startups in these 6 months is Rs. 11 crore. The total fundraised is Rs. 5 crore and 3,20,620 lives got impacted with creation of 1,690 direct and 40,078 indirect employment opportunities. The startup incubator has selected 26 startups for Cohort 2.0.

The Minister launched the Assam Angel Network, Entrepreneurship Development Centre Network (EDCN), Pre-Incubation Program for fledgling startups and Nest Ideathon, to identify innovative ideas in various colleges and universities across the length and breadth of Assam. The Minister also distributed certificates to the new incubates of Cohort 2.0. 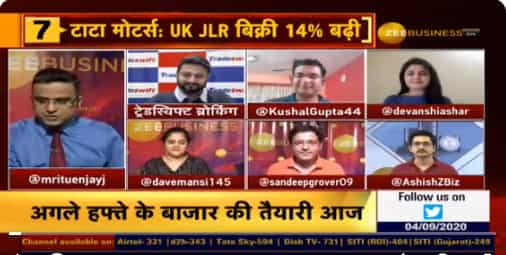 Stock futures slip ahead of big week of earnings, coronavirus stimulus in focus