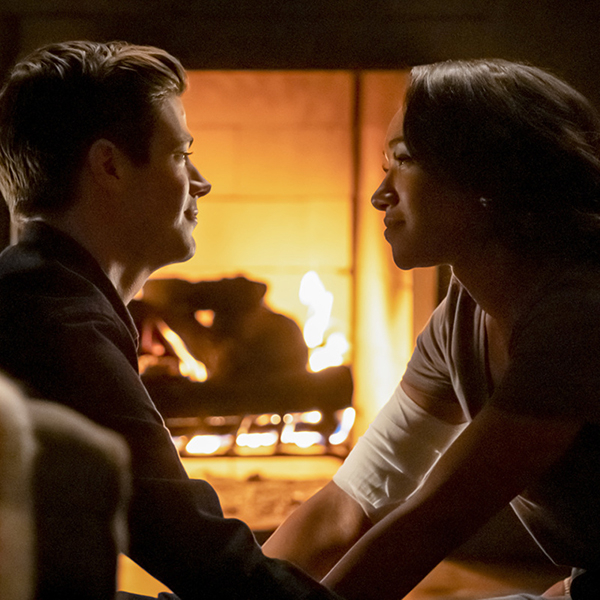 The crisis is over, and now it’s time for things to get back to normal on The Flash. Sort of.

The end of the latest Arroverse crossover made things normal and then also not at all normal as Oliver Queen died and rebooted the multiverse into one singular Earth-Prime. All the superheroes now exist together, which is a really nice idea unless you’re thinking about it too hard. Spoiler alert: some of the members of Team Flash are thinking about it extremely hard.

The Flash returns tonight for its first post-crisis episode, which takes place after Oliver’s funeral but before Diggle (David Ramsey) and his family headed to Metropolis (and before Diggle got that mysterious green box). Diggle takes a trip to Central City to “serve as a conduit,” as Ramsey described it, “a way to grieve, but there’s also a case, there’s something to solve.”

The team is definitely struggling after recent events, some more than others, and we talked to showrunner Eric Wallace about how they’re all dealing with the fallout of crisis and what’s to come over the rest of the season, especially now that they’ve all survived the thing they were certain they were not all going to survive. Iris and Barry had basically been planning to say goodbye forever, and now they don’t have to anymore—a great thing, but kind of a strange one at the same time.

“Now that they’re not in crisis mode, things can settle down a little bit, and they can have a life once again,” Wallace told us. “And I think going through near death experiences, which is what Barry and Iris and all the gang did, gives you a new zest for life, a new appreciation for life, so it allows some of the fun to kind of come back because you know, the first half…there’s some heavy, heavy moments going on there. And I like crying, and we love to make people cry, and not that there won’t be crying in the second half, but not as much.”

Wallace says there are “different stakes afoot” now that the crisis is over.

“It’s dealing with a new world and saying, what is this new world I’m in, let me explore it, and what surprises await me?” he says. “Some of the surprises are good. Some are very fun, and then some of them are so shocking it’s unbelievable. We get a big shock at the end of our very first episode back, and I’m very curious to see what the audience is going to think.”

(And big shock is right. We let out a little scream.)

The new world is going to hit Cisco particularly hard, since his own powers were extremely connected to the multiverse. Wallace says the changes are “going to make him question his entire existence, his entire place in life.”

He’s got a “big journey” to go on throughout the rest of the season because of how connected to the multiverse he is.

“It’s going to mess with him in a big way, and it’s going to send him on…he’s going to go on a little walkabout, a sojourn, a journey to discover his place in this new world. And I think of all the members of Team Flash, Cisco’s gonna take this the hardest and have to do the most soul-searching—him and Barry, specifically.”

Coming up later in the season, Wallace says there’s a two-parter that will address the question of making sure the show doesn’t erase six seasons of story with all the new histories that Earth-Prime has created.

“We have a guest star I won’t reveal who is a guest villain from The Flash’s past, from the first season, who we haven’t seen in a long time, and that person shows up different, but we don’t know it at first, which is why we make mistakes on Team Flash,” Wallace says. “It leads us into a great story when this person from the past comes back. It lets us understand what it really means to be living in a world that you thought you knew and you don’t anymore.”

That story plays heavily into what Wallace says is the theme of the back half of the season: “You can make a lot of mistakes if you don’t keep an open mind.”

The first episode back gets a little bit funny with this new zest for life that Team Flash has, especially as Cisco is unraveling over the changes, and Wallace references the show’s much lighter tone in season one when describing it. But when we asked if the show in general is returning to its lighter roots, Wallace says it’s “right down the middle.”

“I think the show is growing up a little bit. It was in its infanthood in those first five seasons, and it did get a little dark, but the show now…Barry Allen isn’t the same person he was when he first got struck by lightning back in the pilot,” he says. “He’s grown up, so the stories he’s experienced feel like stories that are a little bit more grown up, so sometimes they’re hilarious–there’s some very funny things coming up—sometimes they’re absurd, but they’re still always going to have a little bit more…I won’t say edgy. People throw that term around and it gets overused, but if the first six and a half seasons were the early childhood of the show, we’re definitely in the adolescence of the show, now heading towards more adulthood.”

“So there will be more intense themes, but without losing the humor of it, because that’s a trademark of the show,” he continued. “Ralph and Cisco and even some Nash Wells, he’s doing some pretty funny things this season. Plus having some of our guest villains from the past come back, or sometimes coming back in new and different ways, allows for both humor and opportunities to comment on this new post-crisis world.”

The Flash is also taking on a new role as the longest-running Arrowverse show, now that Arrow has said goodbye. Wallace says that responsibility was something that was discussed a lot in the writers room.

“I told my writers it’s on us now, you know what I mean? We take it very seriously. We want to honor the legacy Arrow set up for us for these eight seasons, and it’s a big one. It’s a big responsibility to be now the mothership, as it were. But what that means is that we need to be as creative and bold and as experimental [as they were] in their early seasons.”

Wallace says he goes back to seasons one and two of Arrow and looks at how they expanded their world, and feels The Flash can now do that.

“So that’s what we’re going to be doing, is trying to expand the Arrowverse as much as we can, from a perspective of whatever we do kind of now trickles out to everybody. It’s something we take very seriously, and it’s a very exciting challenge, and I think it’s created some of the biggest surprises that you’ll see.”

One of those surprises includes the return of Keiynan Lonsdale as Wally West/Kid Flash, and apparently Wally is doing extremely well in an episode Wallace says is “extremely intense.”

“We filmed that episode. It is phenomenal, I’m just gonna put it out there. You’re gonna see some growth and some change in Kid Flash that I think has been a long time coming, that both myself and Keiynan…we were just giggling about it. We’re like, this is terrific, the shackles have been taken off, we can do stuff with this character we couldn’t do before, how amazing is this?”

And that’s not just limited to Kid Flash.

“That’s a perfect example of how we’re approaching the characters and the emotions and the stories,” Wallace says. “Hey, we can do things differently now because Crisis changed everything. There’s almost a new history to everything, so what does that mean?”

The Flash begins to figure it out tonight at 8 p.m. on The CW. 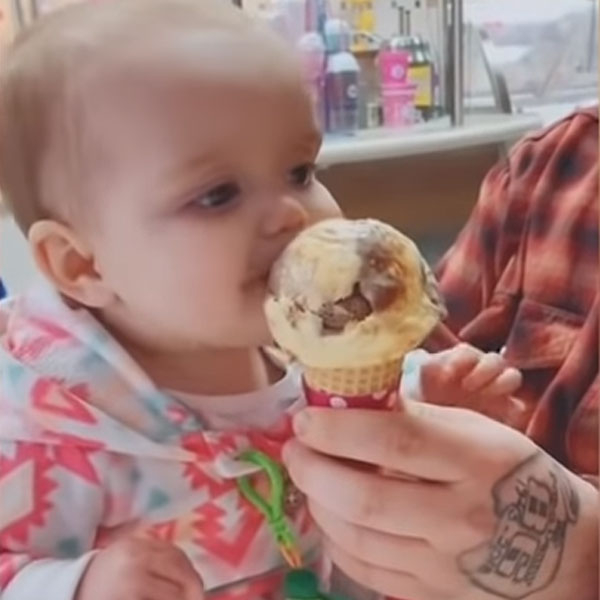 Feel Good Friday: This Week’s Stories That Will Melt Your Heart 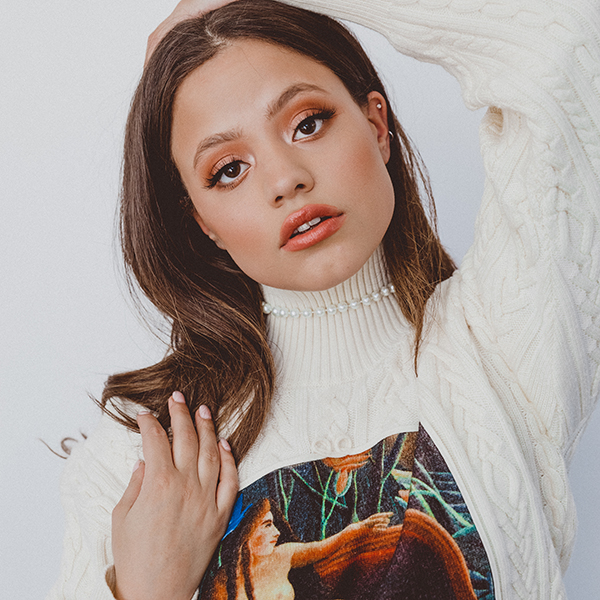 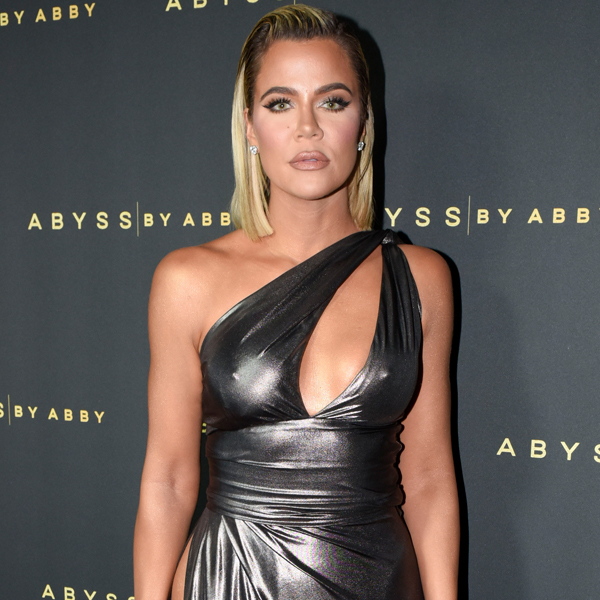