What a decade it has been for Indian entrepreneurship in the technology and internet space.

India emerged as the last big frontier for global investors hoping it would become the next China. Big money started to flow in post-2014, with Alibaba’s IPO. Two years later, Indian conglomerate Reliance Industries launched its telecom venture Jio, offering dirt cheap mobile data, which took the internet to the remotest regions. India had the perfect concoction — abundant capital, more than 400 million internet users and a thriving entrepreneurial ecosystem buoyed by a tribe of young IITians starting up.

Young graduates out of Indian Institutes of Technology were chucking fancy jobs and opting to startup instead. This peaked in 2014-15, coinciding with investors rushing in and a BJP-led government wanting to turn evangelists for startups.

Five years down, however, not everything has added up into creating large Indian technology businesses that are profit churning, like their US and China counterparts. In fact, there is more skepticism and cautiousness than before.

CAPITAL RICH, PROFIT STARVED
The recipients of a slug of capital were India’s largest ecommerce player Flipkart, ride-hailing company Ola, digital payments firm Paytm, budget hotel chain Oyo and food delivery ventures Swiggy and Zomato. A swathe of early-stage startups sucked in too much capital, too soon. A majority of these businesses are still losing money and some are doing so on every transaction they make.

We have an interesting set of numbers to analyse the profitability, or the lack of it, of Indian startups as we begin a new decade. This is also a good way of assessing how the Indian tech startup landscape looks like as these companies are collectively valued at over $25 billion. If you add Oyo to the group, that number goes up to $35 billion. Although these valuations are only on paper, losses and revenues are for real. Budget hotel brand Oyo, which has not officially released its financials, is the big missing piece from this data set.

It is clear that Indian startups have done a great job of raising capital.

According to an estimate by data platform Tracxn, local startups mopped up $14 billion in 2019. While that may include some non-tech and private equity investments, directionally it gives us a sense of the state of play.

Over-capitalisation has led to the wrong kind of company-building in the latter half of the previous decade.

The advent of global investors like Soft-Bank has, no doubt, catapulted many consumer internet startups to dizzying valuations and taken them to international markets, but did these ventures really need that kind of funding? In a recent ET State of Startups Survey, as many as 37% of respondents — which included top founders and investors — admitted to the Japanese group having had a negative impact on the domestic startup economy.

Internet businesses in 2012-13 helped form a new wave of entrepreneurship in India. It was refreshing and had the promise of creating a very different type of corporate India – based on services and products – not a rent-seeking model.

Ecommerce happened, then came ridehailing, following which we saw scale and size in sectors like online payments, food delivery and budget hotels with Oyo.

But, in the quest for relentless growth fueled by discounts and promotions, none of these companies really focused on how they would become financially independent. What if this private capital were to run dry?

The way many of these companies look like today is also a result of Indian consumers not having followed the same trajectory as their Chinese counterparts.

So, with a significantly smaller market but billions of dollars in, and businesses which are in the red, what’s the silver lining?

OUTCOMES FAR SMALLER THAN CHINA & US
Valuations tapering and correcting as per market size — this is a reality that investors and entrepreneurs need to realise.

In the past decade, there have been only 20 exits through the sale of companies. And, if you look at the number of IPOs, that’s even more dismal.

When an ecosystem is driven by investors alone, where raising a new funding round is of prime importance, companies fall into the trap of dressing up for their pitch decks for the next presentation to scoop in the millions. It’s like running on a treadmill, if you stop suddenly, you’ll fall head on. Now is the time for course correction, which will help determine how India’s burgeoning startups will look like going forward.

With some of the biggest unicorns being asked hard questions on business feasibility, massive losses and how they will clock profits, 2020 is surely a critical year for the highly capitalised startups. Job cuts, downsizing, building to go public and churning in profits will need to take. 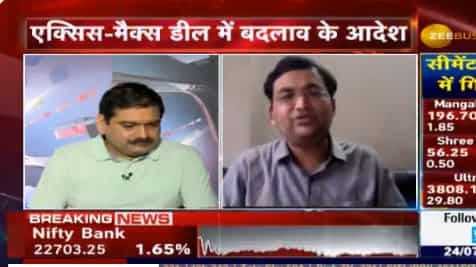