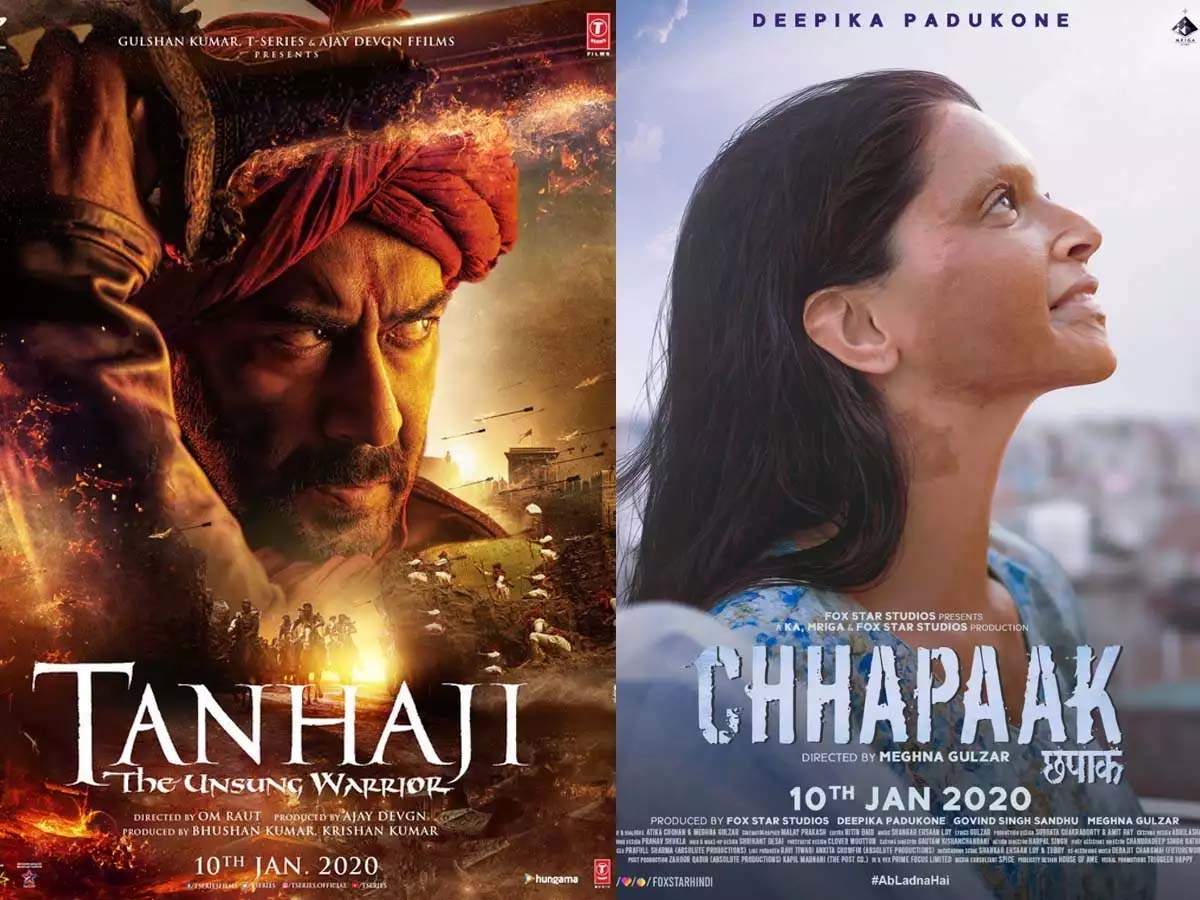 Ajay Devgn and Saif Ali Khan starrer ‘Tanhaji: The Unsung Warrior’ has been the talk of the town since the announcement. The period drama is based on the life of the Maratha Empire’s military leader Tanaji Malusare. It has been scoring huge at the box office since the release and the performances along with the camera work of the film are being praised!

Now, according to BoxOfficeIndia report, the film has collected Rs 16 crore nett (early estimate) on Tuesday and by that, it has shown 20% growth from its Monday collections.

As it was a holiday in Gujarat, the film managed to rake up a lot more than usual in this circuit. The period drama is on its way to enter the 100 crore club this week.

Ajay Devgn’s ‘Tanhaji’ clashed with Deepika Padukone‘s ‘Chhapaak’ at the box office. The film based on the life of acid attack survivor Laxmi Agarwal has scored average numbers at the box office. Despite the partial holiday, the film will reportedly collect Rs 2-2.25 crore nett (early estimate).

‘Chhapaak’ has been made tax free in Madhya Pradesh, Rajasthan and Chattisgarh while yesterday CM Yogi Adityanath declared Ajay’s film as tax free.

Exclusive! Rahul Roy’s first interview in recovery phase: Off cigarettes and sweets, I am feeling much better now – Times of India