Muttiah Muralitharan doesn’t like to hold back his punches, whether he is on the cricket field or while talking to the media.

Sportstar caught up with the Lankan off-spin genius after the third Test in Colombo. And he had quite a few things to say…

How do you look at your sensational performance in the series?

I thought I really bowled well. There were also a few casual shots by the Indians. I capitalised on that. At Galle, the pitch was assisting spin on the third and fourth days. At the SSC, there was a bit of bounce on day one. The Indian batsmen were under pressure as well.

What went through your mind when Sadagopan Ramesh and Shiv Sundar Das had that partnership going in the first innings at the SSC?

In cricket, you have to be patient. Batsmen tend to take risks. Often their strong point might be their weak one. I work on that.

Your thoughts about this Indian line-up?

I thought Ramesh batted well, and Das too. But they were not getting the big scores. Sourav Ganguly and Rahul Dravid were the main players. Dravid is a solid Test batsman with an average over 50, which is a very good performance. But we thought he was less comfortable against spin early on, in the first few overs. Sometimes, that was a wicket for me. The pressure was always there on him. We knew he loved to glide the ball on the leg-side. Got him there at the SSC.

Coming to Ganguly, we knew he was not a very good player of fast bowling. We tested him with pace bowlers. Sometimes if a player is uncomfortable at one end, he will try to attack from the other, and get out. This happened with Ganguly.

Muralitharan and Ranatunga argue with Umpire Ross Emerson after a no ball incident during the ODI against England in Australia.   –  Getty Images

Your thoughts on the beast of a delivery that consumed Ramesh in the second innings of the SSC Test?

I tried to get him there. The ball was all right. It pitched outside the leg-stump and hit the off-bail. He didn’t get his feet there to pad the ball away either. Well, it spun well and hit the wicket.

If you were to pick one wicket in the series that meant more to you than the others, what would that be?

How do you like it when the batsmen are going after you?

If they are using their feet, it is good for me. Draw the batsman out and get his wicket. Trying to get a batsman caught at bat-pat positions does not always work. Make him drive.

Muttiah Muralitharan used to turn the ball square even when he was just 18 years old.-REUTERS

Given that India had to chase 250 plus in the second innings at Kandy for victory, what went wrong?

Rahul Dravid’s wicket was the key there. If Dravid had got out for 20 or 25, it would have been different. He survived a close leg-before decision early on. Had Dravid left, Ganguly could not have played all those shots under pressure.

Yes, I am trying that. If it works, nobody can pad me. It is quicker, and it skids through like a flipper. I don’t know whether I would eventually bowl it in a match. If I get it right, I would be taking far more wickets.

Off-spinners in general prefer bowling to left-handers, but it is the other way round for you?

Yes, that this true. Now I am learning to bowl to the left-handers. Even otherwise the rule about off-spinners bowling better to left-handers is gone. Now the ball going away is easier to play, because a batsman can leave it. The ball coming in is harder to counter because you have to offer a shot, either offensive or defensive.

You always seem to come back strongly, even if the batsmen are able to handle you comfortably early on. How do you look at the contest between a batsman and a bowler?

It all amounts to how well you can perform on a given day, even for the greatest player. For instance, Sachin Tendulkar is the No. 1 batsman in the world. But if he makes one mistake early on, he can get out for zero. As a bowler I have an advantage. A batsman can hit me for four successive fours. But if I dismiss him with the fifth ball, I am the hero.

Sachin and Viv Richards are the best batsmen I have seen, still I would love to bowl to them. They make one mistake they may be gone. I will get a lot more opportunities. One-day cricket might be a batsman’s game. Test cricket is a bowler’s game.

You should go beyond the 400-mark in another 12 months. Any goals regarding the number of wickets?

I would love to get to 500, which is possible. Still, you never know what the future holds for you.

Your views on Sanath Jayasuriya?

He’s a good captain, he’s different from Arjuna. He’s doing well. Coming to Arjuna, if he was not around, I wouldn’t be playing now. He has stood by me during so many moments of crises. I still keep in touch with him. Still take his suggestions.

READ | Sachin, a joy to behold

During your marathon spell at the SSC on the first day, you did not want Jayasuriya to take the ball away from you!

I am used to bowling long spells. In fact, I love bowling so many overs. Jayasuriya asked me whether I wanted to stop. I just told him that I wanted to carry on.

Our position was not good when I walked in. I decided to go for the runs. whether or not it was proper hitting. I slogged well. The wicket was very flat. I was glad that I could get to 50. I thought I would never get a Test half century in my career. The crowd was behind me too, and at that moment that 67 meant more to me than 10 wickets.

You are a hero in Lanka, but in Kandy, the affection for you is extra special…

It’s not a big town. It’s a small place. Not too many cricketers have come from there. At present it is only myself and Sangakkara, The people there love to support the home boys. When I took 16 wickets at the Oval, there was a big celebration in Kandy.

We should have a National academy. Then, the administrators should make first class cricket professional. Reduce the number of teams to eight from 16. The Board has a lot of money. That should be spent usefully. We don’t have to spend Rs. 400 to Rs. 500 million on building a cricket stadium. It’s a waste. We have good grounds in places like Kandy and Matara. You can upgrade the facilities there. The administration will have to look at the needs of the players.

READ | Mohammed Azharuddin: This is going to be a positive season

The players make the game. We have lost good cricketers because they didn’t have the money to pursue the game. The average salary in Sri Lanka is Rs. 8000. How can somebody buy a good bat, that could cost Rs. 10,000? Players work in Banks and other institutions, and when they get back from work, it is already evening and they hardly have any time for practice.

At the moment the BSSCL is paying only the Sri Lankan players good money. The others are suffering. You cannot expect a player to carry on with one pair of gloves for the whole year. You have to support the first class structure. Only then will you. have more Muralitharans and more Jayasuriyas.

(This interview was first published in Sportstar on September 15, 2001) 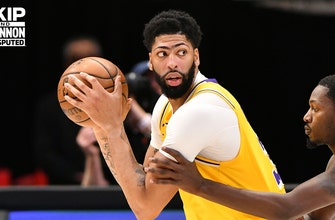 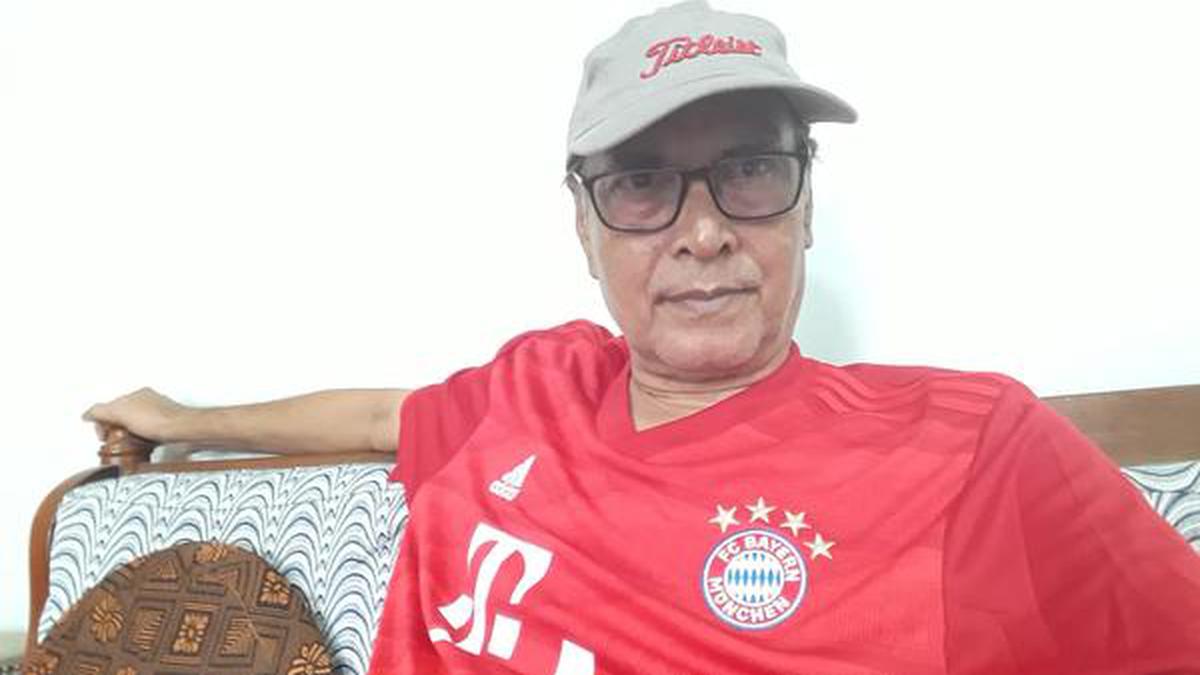 From Lothar with love 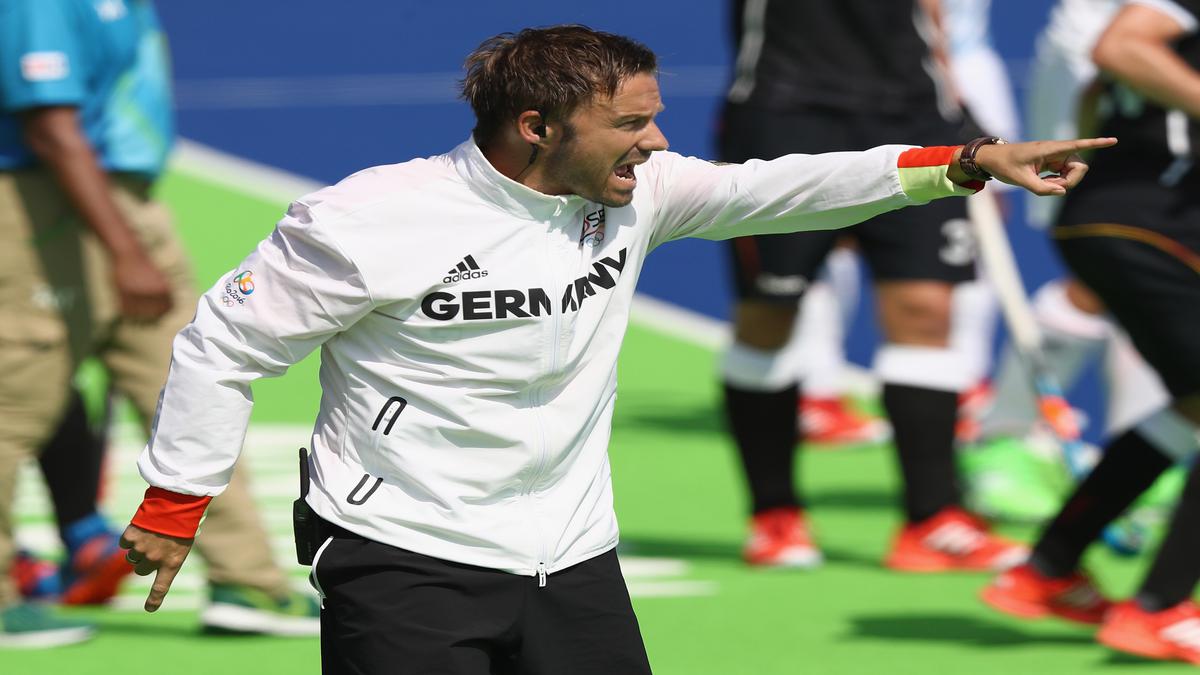