Sony Xperia 1 II has been launched as the company’s first 5G flagship. The new smartphone comes with top-of-the-line specifications, including the Qualcomm Snapdragon 865 SoC and 256GB of onboard storage. The Xperia 1 II (reads Xperia One Mark Two) also features a CinemaWide display that is an upgrade over what we got on the Xperia 1 last year. To please photography-focussed users, Sony has co-developed the camera of the Xperia 1 II with the engineers of its Alpha 9 series cameras. In addition to the new flagship, Sony has brought the Xperia 10 II as its new mid-range smartphone. The company has also introduced the Xperia Pro as a 5G phone for professional photographers.

The pricing details of the Sony Xperia 1 II are yet to be revealed. However, the smartphone will go on sale in Black and Purple colour options in Europe starting late spring this year. Just like the Xperia 1 II, Sony hasn’t yet revealed the pricing details of the Sony Xperia 10 II. The smartphone, however, is set to go on sale in select markets in spring this year with Black and White colour options. Details about whether the Xperia Pro will be available for the masses or just as a concept aren’t revealed yet. It is safe to expect that the company would provide it initially just for testing purposes. There is no word on the India price or release details right now.

The dual-SIM (Nano) Sony Xperia 1 II runs Android 10 and features a 6.5-inch 4K (1644×3840) HDR OLED display with 21:9 aspect ratio and Motion Blur reduction technology. It is powered by the Qualcomm Snapdragon 865 SoC, paired with 8GB RAM and 256GB of internal storage. In terms of optics, the Sony Xperia 1 II has a quad camera setup at the back with a 12-megapixel primary camera (1/1.7-inch Exmor RS sensor) along with dual PDAF f/1.7 lens that supports optical image stabilisation (OIS). There are also two other 12-megapixel cameras that have 1/3.4-inch and 1/2.6-inch sensors along with an f/2.4 and f/2.2 lenses, respectively. The camera setup also has the last 3D, Time of Flight (ToF) sensor with an autofocus lens. The cameras are backed by Zeiss optics along with Zeiss T* coating and have support for features such as Real-time Eye AF, 3x optical zoom, up to 20fps AF/ AE tracking burst, and 60 times per second continuous AF/ AE calculation.

Sony has offered the Cinema Pro app on the Xperia 1 II that is co-developed with the ChineAlta and Alpha divisions to provide a list of photography-centric features. There is also support for touch focus.

For selfies, the Sony Xperia 1 II features an 8-megapixel selfie camera along with an f/2.0 lens that has a field of view (FoV) of 84 degrees.

Sony has provided DualShock 4 direct connection support as well as a Game Enhancer feature designed for mobile gamers. The Xperia 1 II packs a 4,000mAh battery with wireless charging support. It is also bundled with a USB PD fast charger. Besides, the phone measures 166x72x7.9mm and weighs about 181 grams. 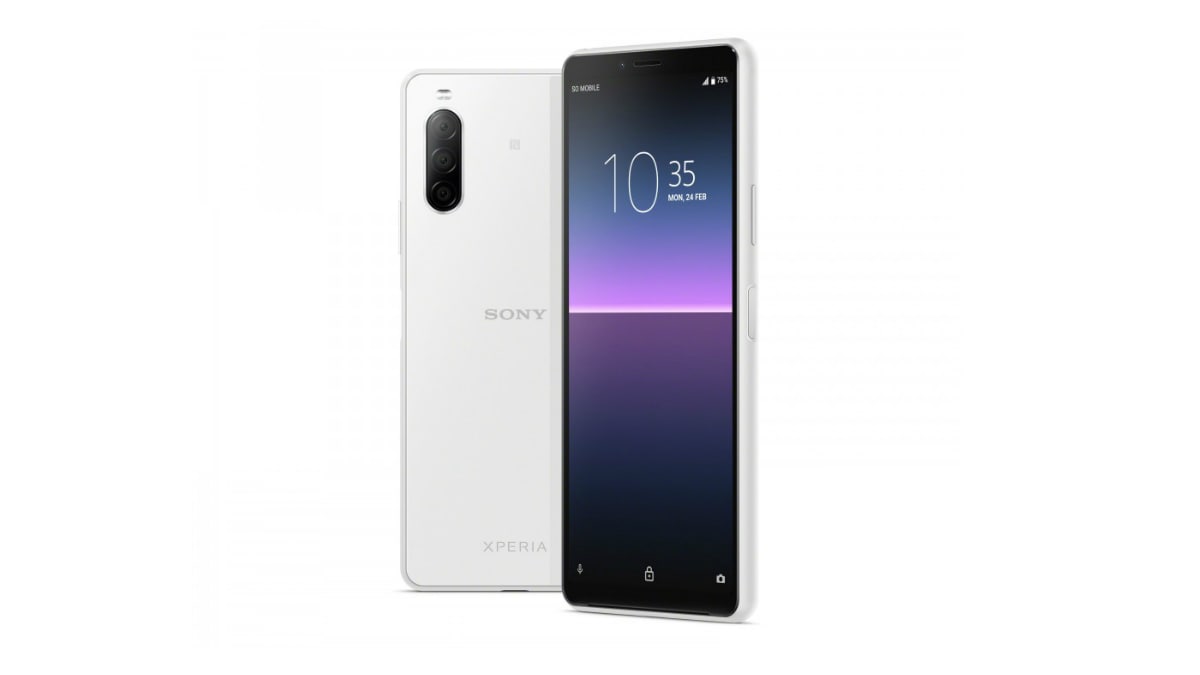 Alongside the Xperia 1 II and Xperia 10 II, Sony has brought the Xperia Pro as an under-development 5G device specifically designed for broadcast video cameras. The device comes with an HDMI input to let users easily use it as a camera monitor. Further, it has the display and camera setup identical to those of the Xperia 1 II.