Gayle King sat down with WNBA player, and Kobe Bryant’s friend, Lisa Leslie, on the Feb. 4 episode of CBS This Morning, and afterward, she was criticized for asking Lisa about the late basketball star’s 2003 sexual assault charge (which was eventually dropped). Snoop Dogg was one of the many critics, and he posted a video of his reaction on social media afterward. “Gayle King, you’re out of pocket for that s***,” he said. “Way out of pocket. What do you gain from that? We expect more from you Gayle. Don’t you hang out with Oprah [Winfrey]? Why are you all attacking us? We’re your people. You don’t come after Harvey Weinstein, asking those dumba** questions. I’m sick of y’all. Funky doghead bi***. How dare you try to torch my homeboy’s reputation, punk motherf*****. Respect the family and back off, b****, before we come get you.”

During the CBS This Morning interview, Gayle asked Leslie, “It’s been said that [Kobe]’s legacy is complicated because of a sexual assault charge — is it complicated for you as a woman, as a WNBA player?” In response, Leslie told Gayle that it’s “not complicated for [her] at all,” because she’s “never seen [Kobe] being the kind of person that would do something to violate a woman or be aggressive in that way. That was just never the person that I know.”

From there, Gayle continued to push Lisa, telling her, “You wouldn’t see it, though. As his friend, you wouldn’t see it.” However, Lisa held strong in her opinion of the late NBA player. “That’s possible,” Lisa admitted. “But I just don’t believe that.” Lisa also said that the media “should be more respectful at this time” when it comes to bringing up this part of Kobe’s past. “If you had questions about it, you had many years to ask him that,” Lisa explained. “I don’t think it’s something that we should keep hanging over his legacy.”

After all the criticism Gayle received for the interview, she released the following statement: “I understand why people are upset seeing that clip out of context. I hope they will now watch the entire wide-ranging interview. We asked a longtime friend of Kobe Bryant’s to talk to us about his legacy and their friendship, and Lisa did exactly that.”

Kobe was tragically killed when his private helicopter crashed in Calabasas on Jan. 26. His daughter, Gianna Bryant, 13, also died in the tragic accident, along with seven other people. The group was heading to a middle school basketball game at Kobe’s Mamba Academy when the copter went down. The official cause of crash has yet to be revealed, but it’s expected that foggy weather conditions contributed to it.

Prince Michael Jackson Quotes His Dad As He Joins Fight Against Racism: ‘You Can Never Break Me’ 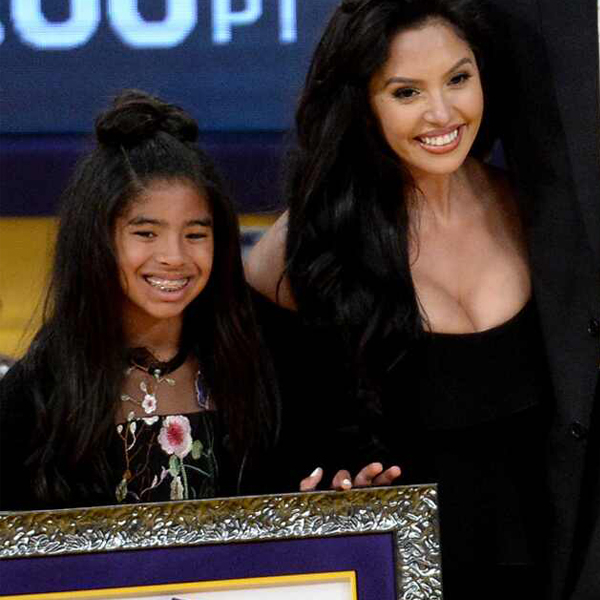