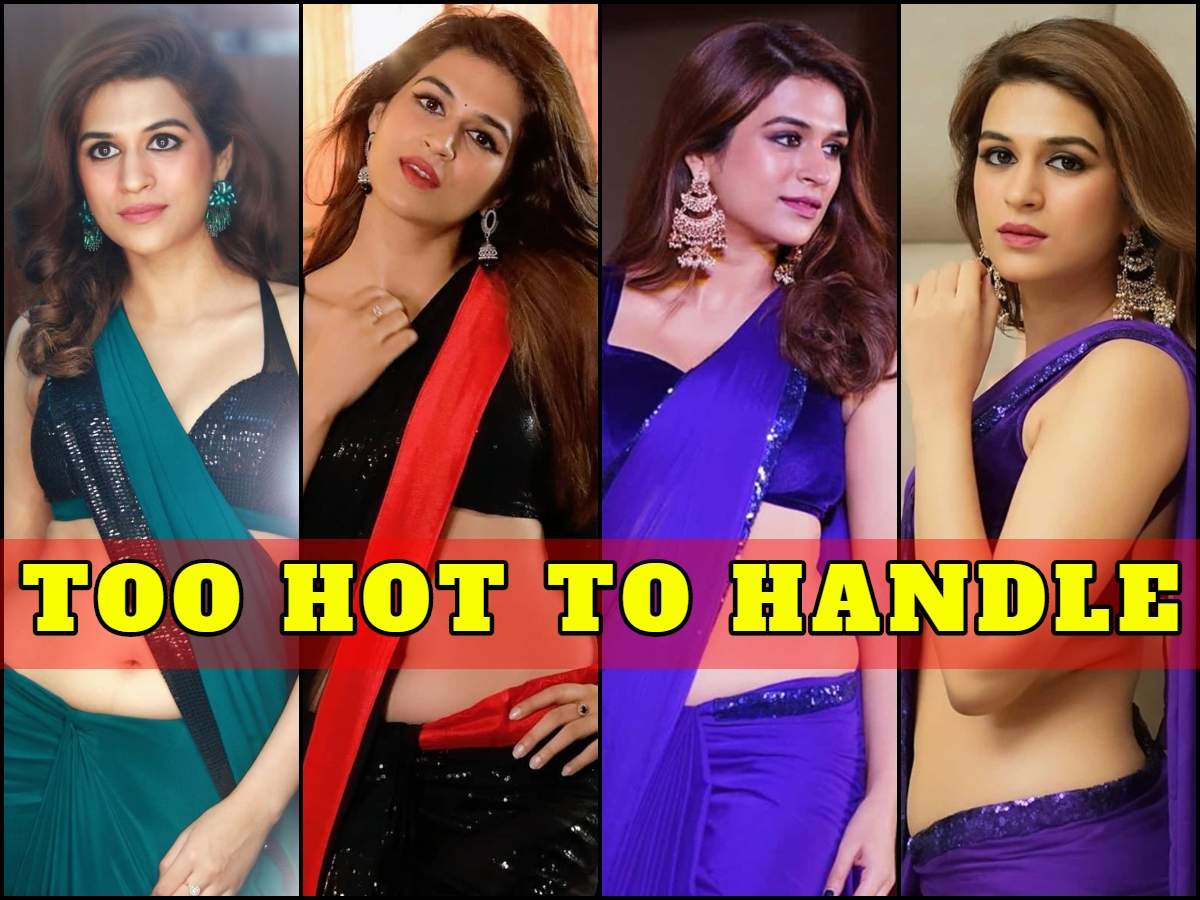 01/6Shraddha Das’s sexy poses in a saree will make you say hot damn!

Even in this era of Indo-western fashion, no modern wear can beat the glamour and elegance of a saree. Blessed with curvaceous figures and washboard abs, modern divas of tinsel town are flaunting their toned midriffs in six yard staples and proving that beauty can be exhibited in any outfit. Popular actress Shraddha Das is one among the few Indian divas who can deliver the perfect sex appeal in a saree.

In an eventful career spanning for over a decade, Shraddha played both the leading lady and supporting roles in close to 40 films across several languages including English, Hindi, Bengali, Kannada and Telugu. With no godfather or a modelling background, she sweated it hard and worked her way up in the glamour arena. Check out some of the Bengali babe’s irresistible poses in a saree.

02/6Shows off her sexy midriff in a purple saree

Shraddha Das was born to Bengali parents in Mumbai. As a kid, she idolised Sushmita Sen and wanted to be a ‘beauty with brains’ like the former Miss Universe. She was attracted to acting while pursuing her Mass Media Degree in Journalism. During college, the leggy lass started to perform in theatre and attend workshops conducted by alumni members of NSD like Piyush Mishra, Chittaranjan Giri and Salim Shah. Before enrolling herself into a renowned acting-cum-modelling academy, Shraddha featured in several print advertisements for both global and national brands.

During her last year of college, the sexy siren played the female lead in the sports film ‘Lahore’. As this Hindi project was extensively shot, it took some time for release and in the meantime, Shraddha Das auditioned for the Telugu film ‘Target’ and essayed the lead role in it. However, it was Allari Naresh’s ‘Siddu from Srikakulam’ that brought recognition for her in Telugu cinema. Though it was the second heroine’s role, she entertained the viewers with her gorgeous beauty and captivating screen presence. Her performance in ‘Lahore’ as a Pakistani psychiatrist was highly appreciated by critics.

04/6Looks like a billion bucks in a ruffled pink saree

Though she played only a supporting role in Sukumar’s ‘Arya 2’, Shraddha Das turned out to be one among the major highlights in the rom-com. With her attractive looks and convincing acting chops, she became a hot favourite among the masses in no time. Besides Telugu films like ‘Maro Charitra’, ‘Darling’ and ‘Nagavalli’, Shraddha essayed different roles in several languages like Malayalam, Kannada and Bengali. Her bold portrayal as Revolver Rani in the crime-comedy ‘Guntur Talkies’ has bagged glowing praises from the audience.

Besides films, Shraddha Das is a popular model who commands a solid following on Instagram with over 1 million followers. The blonde babe treats her fans by sharing her hot photos from drool-worthy photo-sessions. Right from a saree and lehenga to a bikini, swimsuit and off-shoulder gown, she nails it in any outfit by flaunting her fabulous figure to perfection. The cutie is also a hot favourite among top designers to walk down the ramp as she always scores high on fashion meters.

Did you know not Amitabh Bachchan but THIS actor was the first choice for ‘Baghban’? – Times of India

Ranveer Singh shares an adorable picture of wife Deepika Padukone on her birthday, calls her “my jaan, my life, my gudiya” – Times of India