Shawmila forever! Shawn Mendes and Camila Cabello were so cute on the Kids’ Choice Awards as they took home a blimp for their sexy single “Senorita”!

Shawn Mendes, 21, and Camila Cabello, 23, just won big at the Kid’s Choice Awards! The couple and “Senorita” collaborators nabbed Favorite Music Collaboration blimp on the broadcast for the song, and thanked their fans with a sweet message. “What’s up guys! Thank you so much for the Kid’s Choice Award, we love you so much,” Shawn began in the selfie-filmed video from their home in Miami, Florida. “This is so cool. I literally watched the Kid’s Choice Awards for forever and we wish we were there to get slimed,” Camila added.

“We wish that we could be there with you, but we hope that everybody is staying safe,” Shawn added, as Camila couldn’t resist bringing up the one thing the KCA’s are known for: slime! “We love you, thank you so much for voting. We’re going to make organic slime and slime ourselves,” she joked! The couple looked cozy and casual at home, as Camila rocked a white, blue, and red t-shirt along with a ’90s-inspired pair of black overalls! For his part, Shawn rocked an open olive-green button down shirt and black t-shirt.

“Congrats, you two are the cutest!” host Victoria Justice gushed, as she revealed Shawn had earned a second award for Favorite Male Artist! “Thank you so much for choosing me, your Favorite Male Artist everybody. I just want to say I love you guys and I miss you so much,” Shawn said in a second video, filmed outdoors. “Not a day goes by where I don’t think of you guys, and remember how incredible my fans are. I can’t wait to perform with all of you and sing with you again,” the Canadian singer added.

The couple joined the broadcast, which was hosted by Victorious star Victoria Justice, from Camila’s parents home in Miami, Florida where they have been in quarantine since March. Shawn and Camila are seen going for casual walks almost daily in the area, with Shawn hilariously enjoying his coffee in a ceramic mug (we’re guessing he can’t get his Canadian fave Tim Horton’s down in Florida!).

Shawn and Camila have been slaying it with their virtual performances all month long, and delivered an incredible cover of Louis Armstrong’s “It’s A Wonderful World” on the One World: Together At Home special on April 18. The song was the perfect choice to show support to the hardworking healthcare workers and those working on the frontlines during the pandemic. Shawn accompanied his leading lady on piano as they sung together, showing off their incredible vocals.

The Kids Choice Awards was originally scheduled to air on Mar. 22, however, was postponed amidst the Coronavirus pandemic. Nickelodean announced the virtual version, Nickelodeon’s Kids’ Choice Awards 2020: Celebrate Together, which featured an incredible $1 million donation to No Kid Hungry. 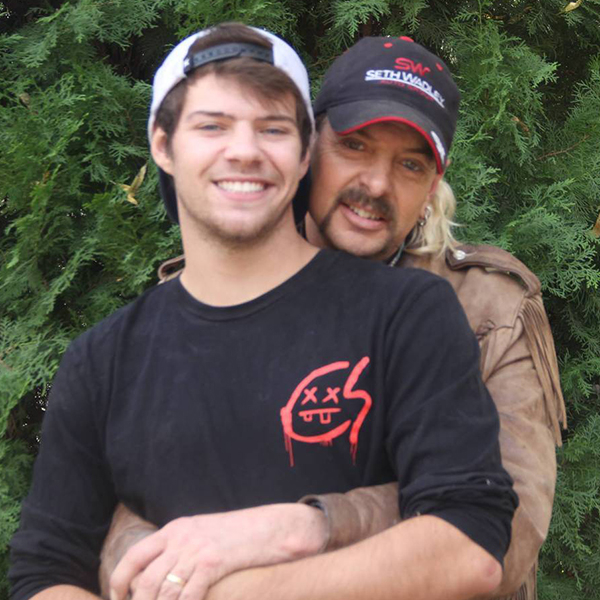 Joe Exotic’s Husband Shares an Update on His Prison Experience