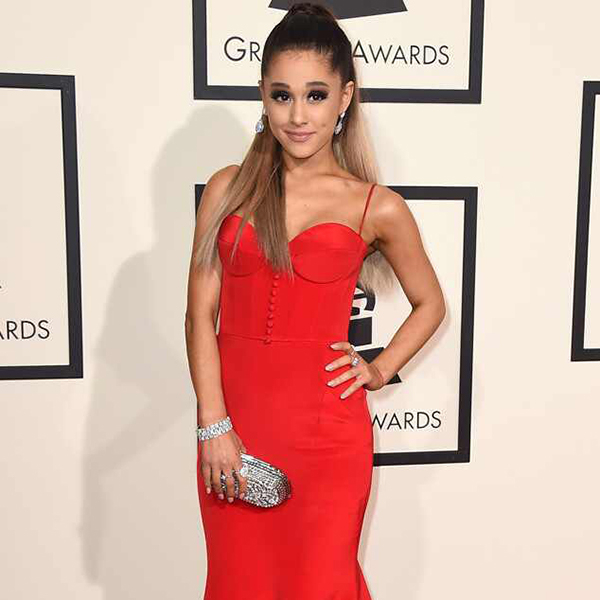 Ariana Grande is hitting all the right notes!

The 26-year-old pop star has a lot to look forward this year, starting with her upcoming performance at the 2020 Grammys. Which is especially a big deal, considering the “Thank U, Next” songstress revealed she had drama with The Recording Academy ahead of the 2019 show.

However, it looks like bygones are bygones and Grande is getting ready to hit the stage on Sunday, Jan. 26. More exciting? She’s nominated in five categories, including Best Pop Solo Performance, Best Pop Duo/Group Performance, Record of the Year, Album of the Year and Best Pop Vocal Album.

Of her nominations, the “Bloodline” singer couldn’t help but gush over accomplishments.

“thank u for acknowledging this music my beautiful best friends and i created in just a few weeks together,” she expressed on Twitter, after learning about the news. “the acknowledgement is truly enough on its own for me and my heart. pls allow me to bring all of my friends who made this w me so they can make sure my heart is beating.”

Since it’s clear there’s no bad blood between Grande and The Recording Academy, it will be fun to see her sashay across the red carpet during tonight’s annual show. But before she does, take a look at her past Grammys appearances over the years.

From her first-ever red carpet at the ceremony to becoming Grammys royalty, scroll through our gallery below!

The “bloodline” songstress makes a grand entrance at the 2016 ceremony with her fiery red Romona Keveza gown.

Grande is a vision in white at her first-ever Grammys red carpet. For the 2011 event, she dons a white-hot cocktail dress, sparkly metallic heels and her signature ponytail.

The 26-year-old star hits all the right notes as she performs “Just a Little Bit of Your Heart” at the 2015 awards show.

Ariana brings the glitz and the glam to the 2015 ceremony with her eye-catching Versace gown, which features an asymmetrical cut-out top, curve-hugging silhouette and sparkly silver detail.

Despite getting emotional while walking the red carpet at the 2014 Grammys, the pop star stuns in a strapless floral Dolce & Gabbana gown.

The 26-year-old star introduces The Weeknd with a funny line: “How did this next performer land his seven nominations tonight, including Album of the Year and Song of the Year… Well, ladies and gentlemen, get ready for the pun of the century… he earned it.”

Couple alert! The celebrity pair (at the time) turn heads and melts hearts at the 2015 show. Gianna Bryant and Her Late Teammates Honored During WNBA Draft

‘The Bachelor’ Recap: Peter’s Ex Confronts Him With A Secret About Victoria F. On Hometown Date