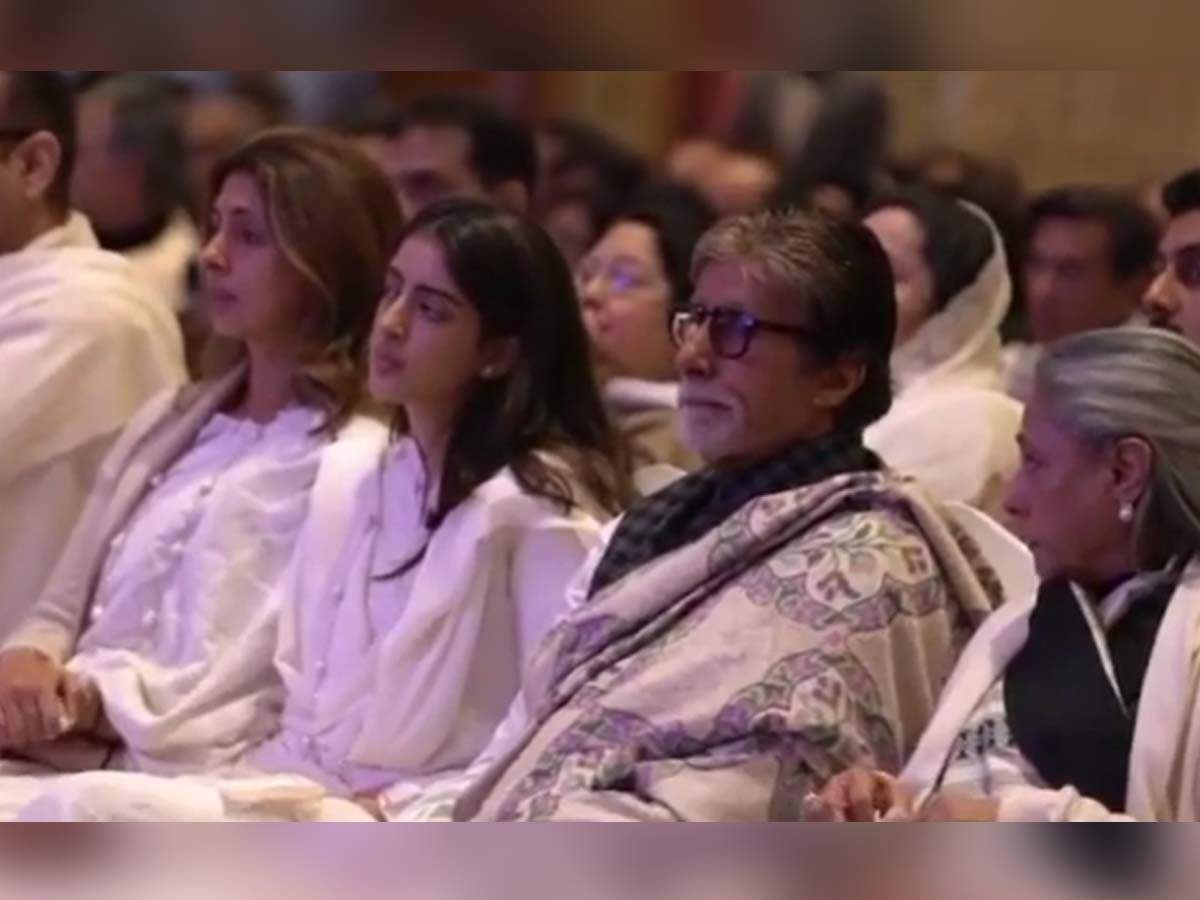 The Bachchan, Nanda and Kapoor families came together to pay their last respects to Ritu Nanda, daughter of Raj Kapoor and mother-in-law of Amitabh Bachchan‘s daughter Shweta Bachchan Nanda.

Ritu Nanda passed away on January 14, 2020, at the age of 76 and a prayer-meet had been organised over the weekend. Now, videos of Amitabh paying a tribute to her with an emotional are surfacing over social media.

The video also showcases Jaya and Shweta wiping their tears. Rishi Kapoor also made a heartfelt speech for his late sister. An emotional rendition of ‘Jeena Yahaan Marna Yahaan’ was played at the ceremony.

Check out the videos here:

The megastar had also shared an emotional post mourning her demise on his official blog.