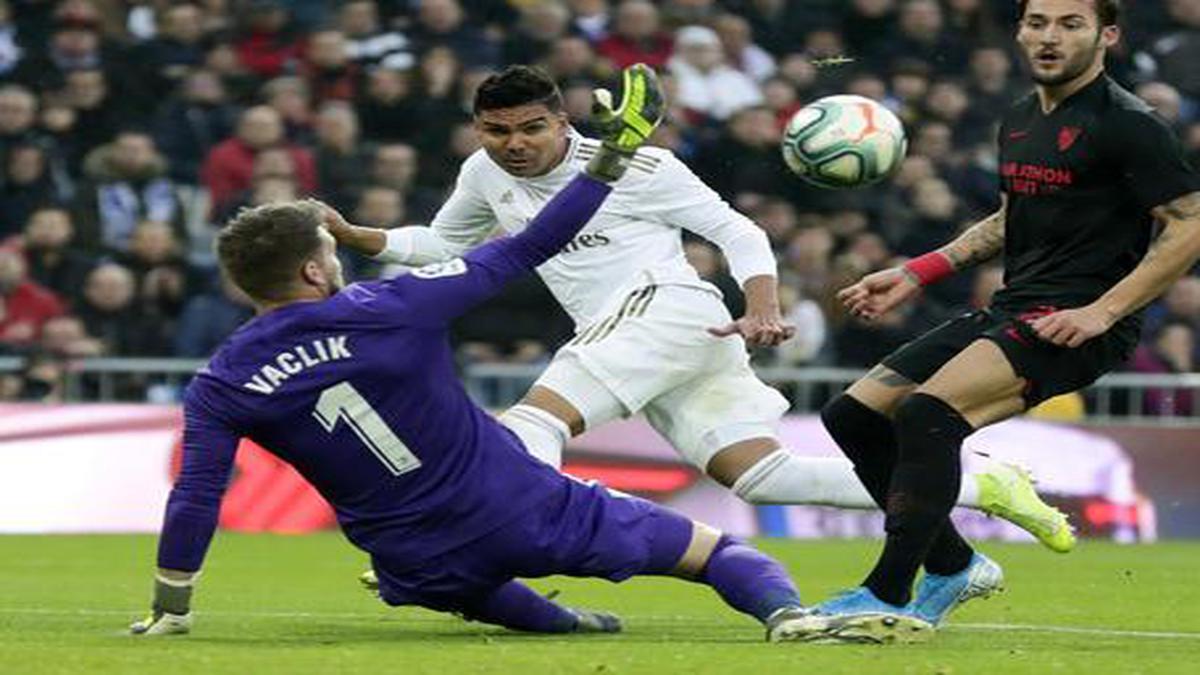 Real Madrid climbed above Barcelona to top La Liga on Saturday as Casemiro scored twice in a gritty 2-1 win over Sevilla.

Casemiro’s double proved the difference amid a three-goal flurry early in the second half, with Luuk de Jong briefly drawing Sevilla level.

Madrid was underwhelming at the Santiago Bernabeu, at times reverting back to the stodgy days of last season when the team struggled for goals under Julen Lopetegui, who is now in charge of Sevilla.

Yet with Eden Hazard, Gareth Bale, Karim Benzema and Sergio Ramos all missing from the starting line-up, this might be the kind of victory that could prove crucial to its hopes of winning the title in May.

Barca can reclaim first place on Sunday when it faces Granada at Camp Nou, where Quique Setien will be overseeing his first game since being appointed early last week.

Setien has said he will not be happy if his team wins while playing badly but Zinedine Zidane is likely to be less choosy.

His Madrid side is now 17 games unbeaten, a streak that has included it winning the Spanish Super Cup in Saudi Arabia last weekend. Ramos, who is still recovering from an ankle injury, paraded the club’s latest trophy on the pitch before kick-off.

Benzema came on in the second half after shaking off a dead leg but Bale’s absence was more mysterious. The Welshman missed the trip to Jeddah through illness but had returned to training on Tuesday.

Lopetegui was back at the Santiago Bernabeu for the first time since he was sacked by Madrid last season, 138 days after being appointed, and his Sevilla side arguably deserved more.

Converting impetus into goals has been its problem all season, and so it proved again.

After an even start, it gradually took charge and as the home crowd grew frustrated, Sevilla grew in confidence too.

De Jong thought he had scored when he was given a suspicious amount of space in the area to head in from a corner and VAR showed his marker Eder Militao had been blocked albeit only by a small, but seemingly deliberate, step from Nemanja Gudelj.

Marcelo was lucky not to concede a penalty for a shirt-pull.

Sevilla was controlling the midfield and denying its opponent routes through to the front three. Yet 12 minutes into the second half, some creative brilliance saw Madrid take the lead.

Sergio Reguilon, bought by Sevilla from Madrid last summer, scuffed his clearance and after Casemiro muscled through on the edge of the area, Jovic found him again with a deft backheel. Casemiro chipped the ball in and pointed at Jovic in celebration.

Sevilla could have wilted but instead it equalised, only to concede again five minutes later.

Yet parity was short-lived as Casemiro nodded in Lucas Vazquez’s cross from a standing start after being given too much space by Jules Kounde.

Toni Kroos might have added a third for Madrid late on after a racing run by Vinicius Junior but Vazquez almost gifted Sevilla an equaliser after a dreadful backpass. Youssef En-Nesyri, signed from Leganes on Friday, flashed wide. 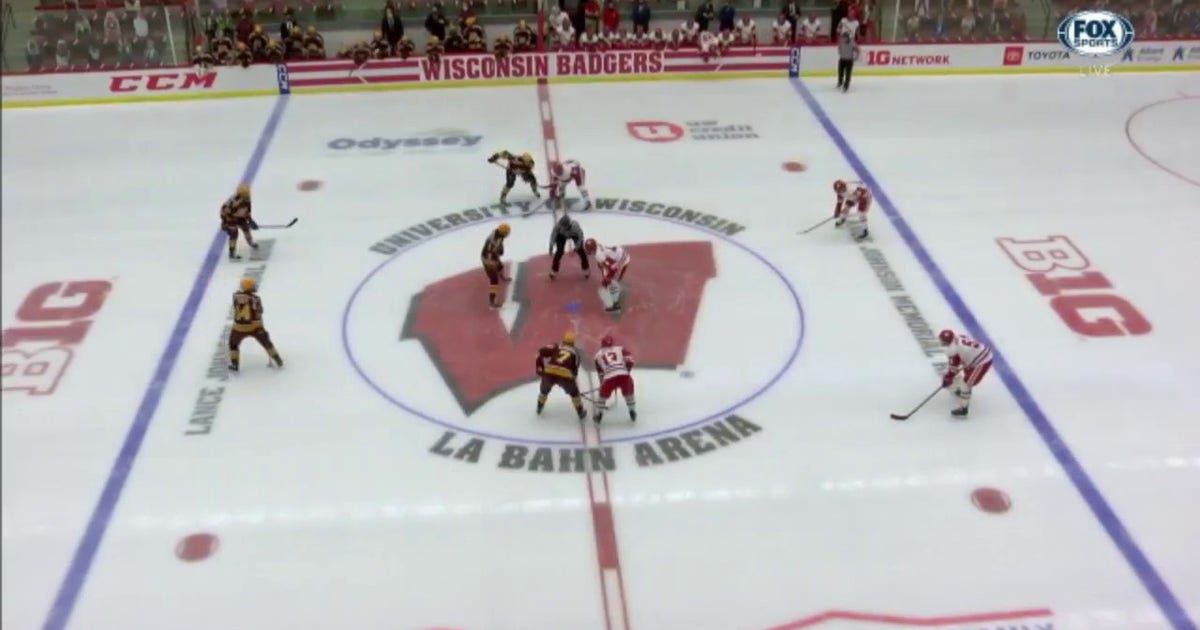 No. 1 Gophers no longer unbeaten after 3-1 loss to Wisconsin