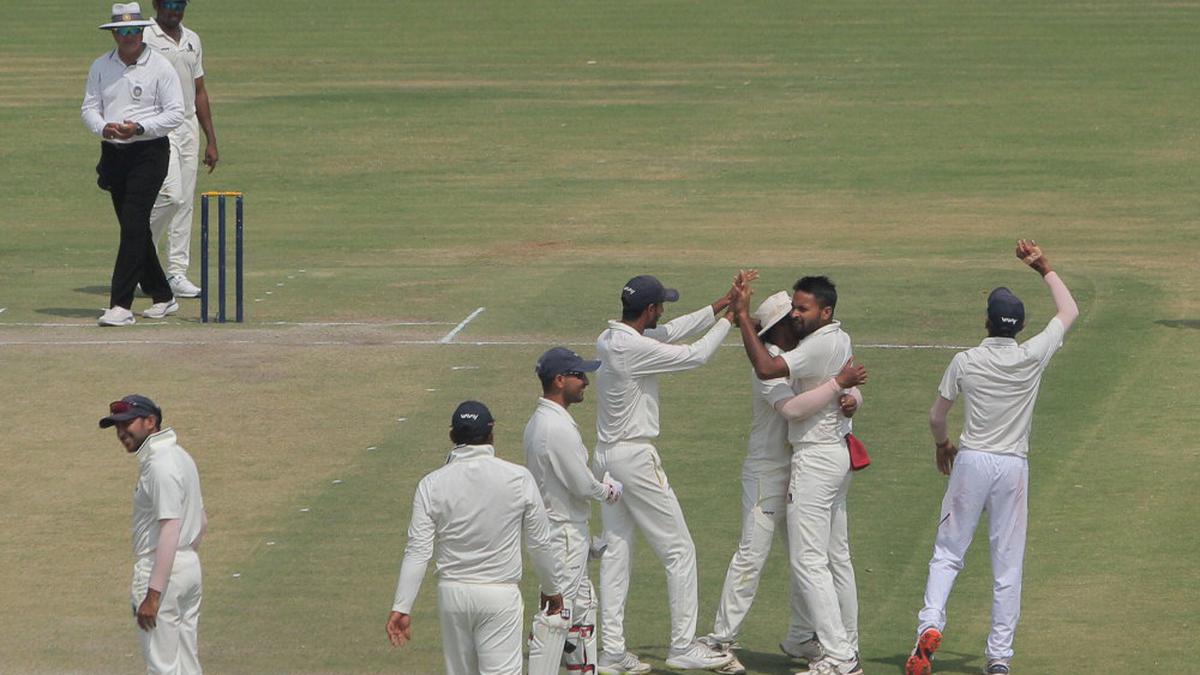 Mukesh Kumar’s three-wicket haul helped Bengal gain a crucial 82-run lead on the third day of its Ranji Trophy quarterfinal match against Odisha at the DRIEMS ground here on Saturday.

Odisha, beginning from its overnight total of 151 for four, aggregated only 250 before conceding a healthy first innings lead, which might eventually decide the fate of the match.

At the draw of stumps, Bengal – at 79 for two in its second innings – was in the driver’s seat with an overall lead of 161 runs.

Bengal took the new ball in the 83rd over and Nilkantha Das immediately provided the breakthrough by having Debabrata (15) caught behind.

Mukesh, who combined well with fellow pacers, made the best use of the new ball on a placid track.

A gritty and disciplined bowler, Mukesh rapped the pads of Biplab Samantray before changing ends to find Rajesh Dhuper’s edge before the lunch break.

In the first over of the middle session, Mukesh bowled Suryakant Pradhan with a yorker.

Ishan Porel claimed the last two wickets, including that of a fighting Senapati (46, 103b, 5×4), to wrap up Odisha’s innings within half-an-hour of resumption.

With a firm control over the contest, Bengal extended its lead before Koushik Ghoash and Abhimanyu Easwaran fell late in the day.