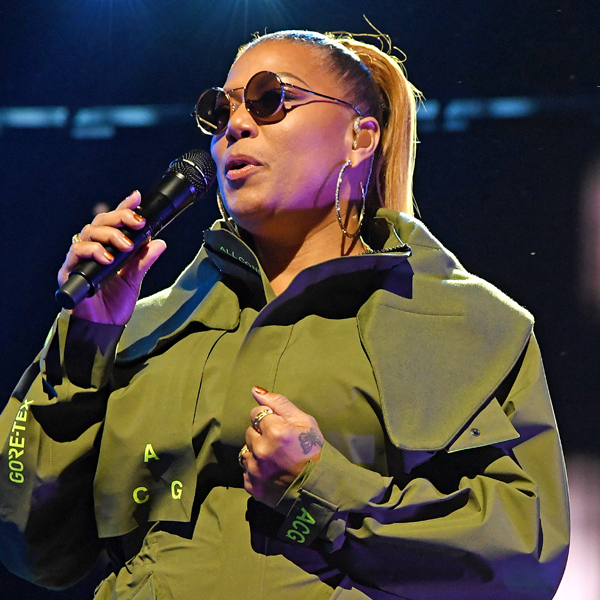 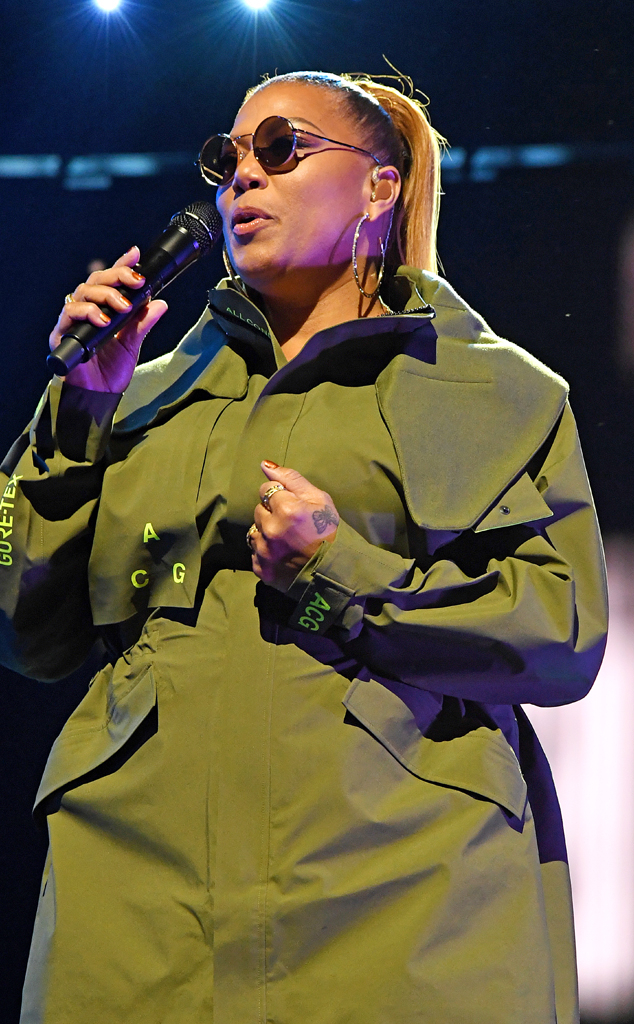 On Saturday evening, the legendary star commanded the stage at the 2020 NBA All-Star game with a stellar performance and touching tribute to the late Kobe Bryant.

Before hitting the stage, Grant Hill introduced the Girls Trip actress, while also paying respects to David Stern and the Lakers icon, who tragically passed away in a helicopter crash in January.

“David Stern turned the NBA into what it is today,” Hill said. “A league that uses the values of the game, like equality and respect, to bring people together.”

“And like Kobe Bryant, David believed the power of our game to change lives…,” he continued. “And while recognizing the tremendous loss we feel in our hearts, we know they would want us to keep our heads up and continue to play on. So, tonight, as we celebrate the game we all love, we’ll reflect and rise together as one NBA family. Here to perform a song with that message in mind is my friend, the great Queen Latifah.”

For her performance, the Grammy winner covered Stevie Wonder‘s hit “Love’s In Need of Love Today.” However, she switched a few lyrics to honor Bryant.

It didn’t take long for people online to praise the icon for her subtle yet moving tribute to the late NBA star.

“Man this Queen Latifah tribute performance to Kobe Bryant tonight at the #NBAAllStar is beautiful,” one user wrote on Twitter.

“Queen Latifah just dropped the line of the year “Give love a shot when you do say Kobe,” a person shared on Twitter. Another wrote, “She sang one of my favorite songs. The verse was good too. Nice work Queen Latifah.”

Queen Latifah wasn’t the only one who honored Bryant on Saturday evening.

During the slam dunk contest, Dwight Howard pulled out his signature Superman attire. But this time, it looked different.

The basketball pro featured Bryant’s jersey number, 24, on his shirt. It was written in red letters and placed over the “S” logo.

“Kobe Bryant is synonymous with NBA All-Star and embodies the spirit of this global celebration of our game,” Silver said in a statement that was shared with E! News. “He always relished the opportunity to compete with the best of the best and perform at the highest level for millions of fans around the world.”

The award will be presented on Sunday night.

In addition, Jennifer Hudson is set to perform a special tribute to the late Lakers star, his 13-year-old daughter Gianna, and the seven others who passed away in the helicopter crash.

She’ll kick things off at the start of Sunday night’s game, before player introductions begin.

Chaka Khan will sing the national anthem, while Chance the Rapper, Lil Wayne, DJ Khaledand Quavo will perform during halftime.

The news of the NBA’s special tributes come less than a week after Kobe and Gianna were laid to rest in a private funeral service.

The three other victims, Alyssa Altobelli and her parents John Altobelli and Kerri Alotbelli, were eulogized during a public memorial on Monday.

Furthermore, the Staples Center will host a public memorial service for the late Lakers star on Feb. 24. 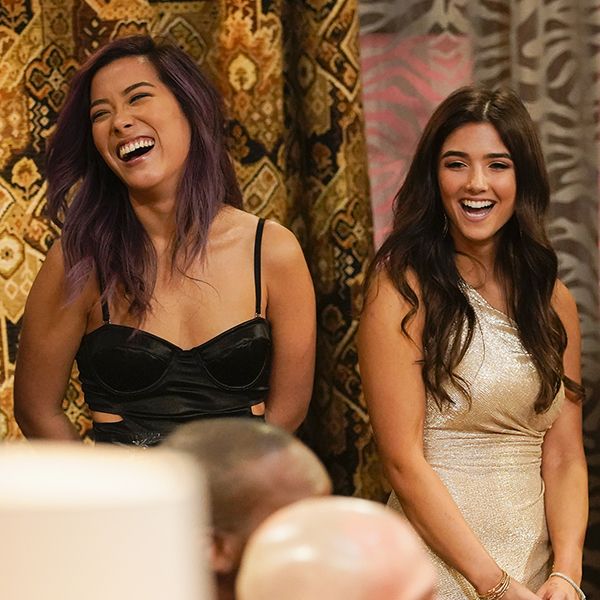 Why The Bachelor: Listen to Your Heart Contestants Signed On