Priyanka Chopra has come a long way in her career. The actress is one of the top Bollywood actresses and a global icon! She has even conquered everyone’s hearts in the west. Not just that, the actress is also working for the betterment of the society as the Goodwill ambassador at UNICEF.

The actress has been juggling between the US and India for her work commitments. And now, the actress is back in Mumbai. She was snapped by the paparazzi in a white t-shirt with a peace symbol which she teamed with blue denim and matching footwear. The actress looked pretty as she walked the airport premises. 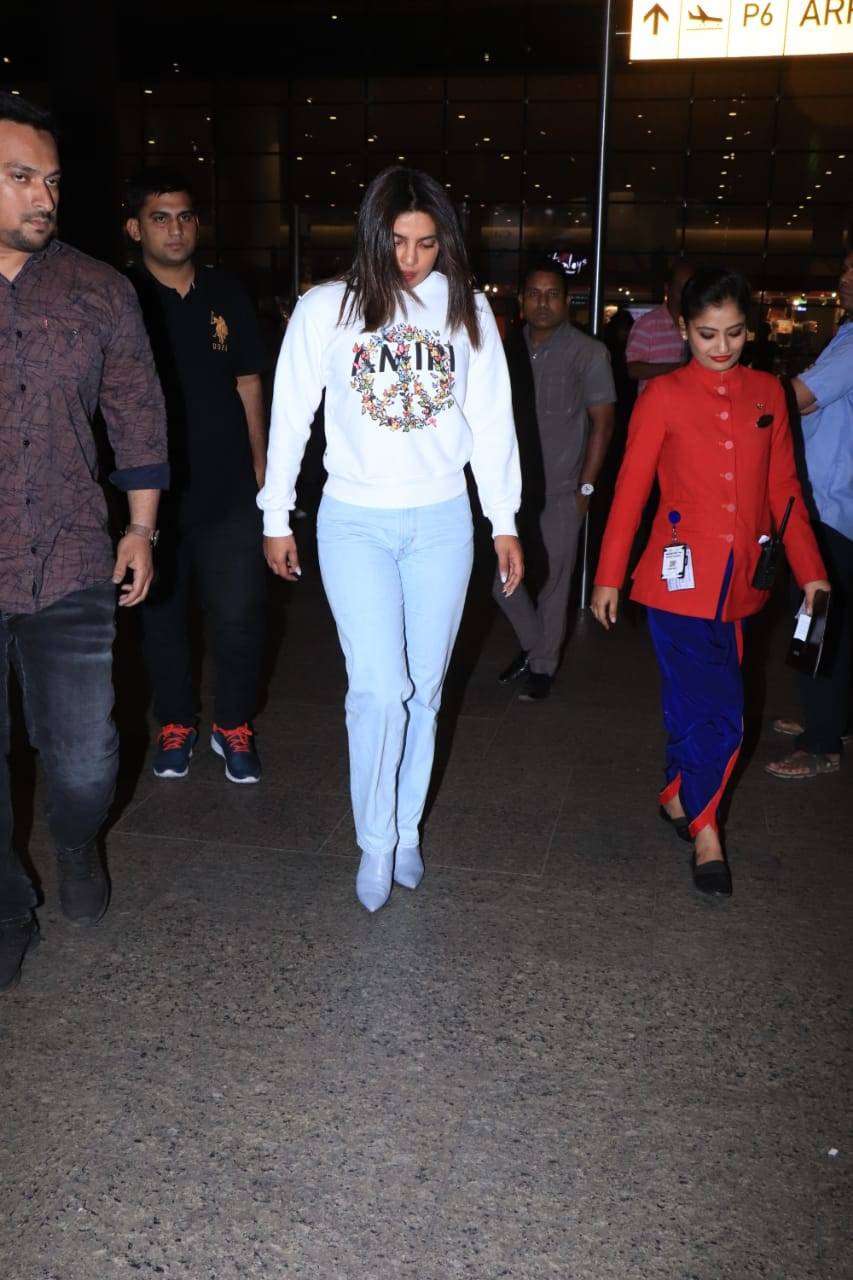 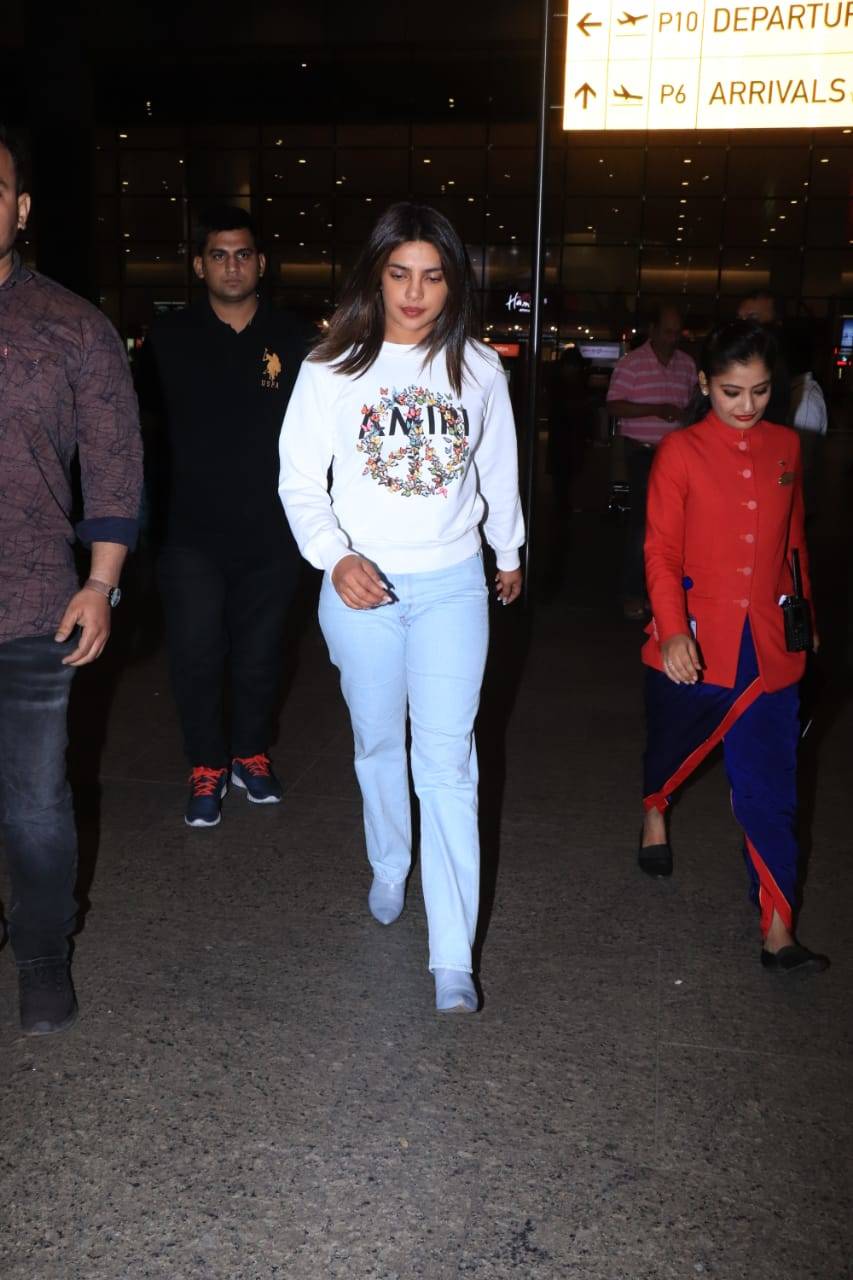 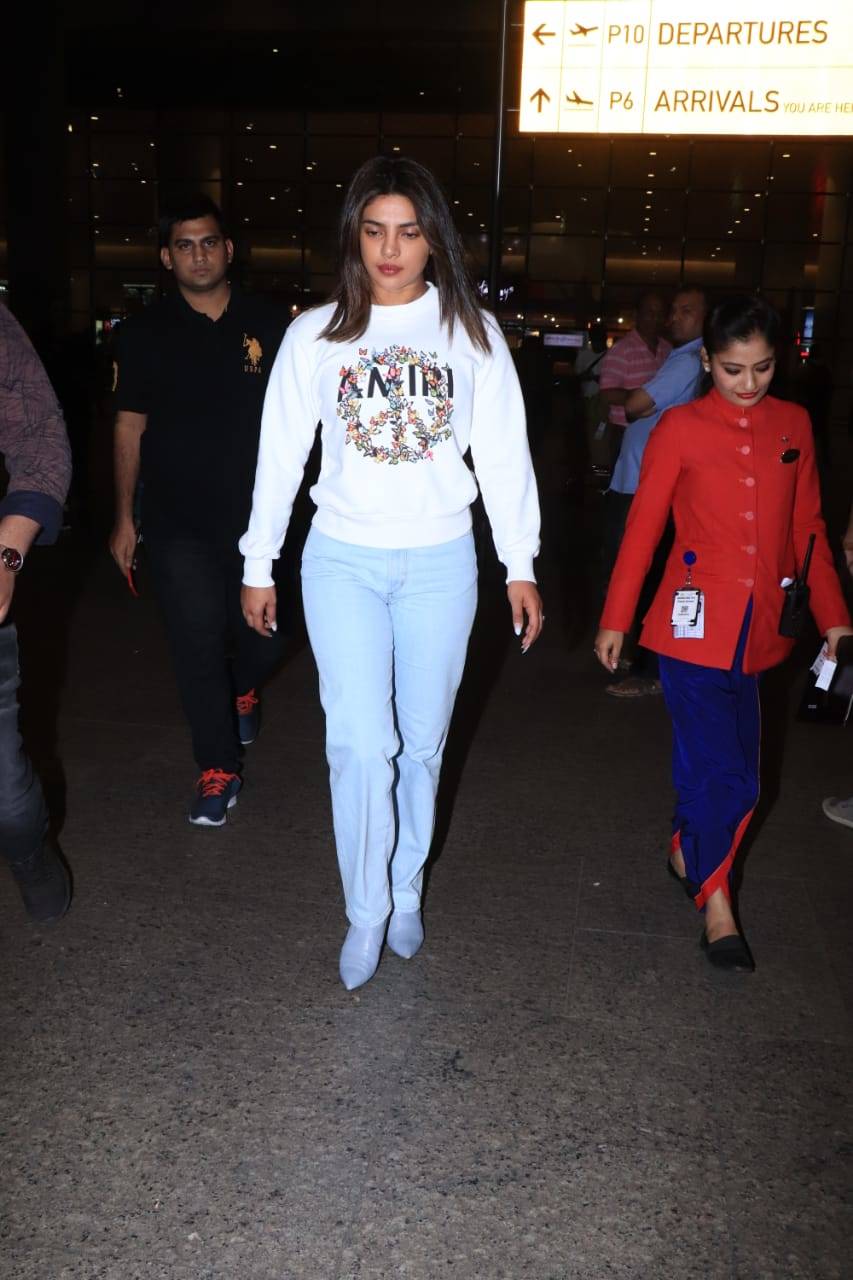 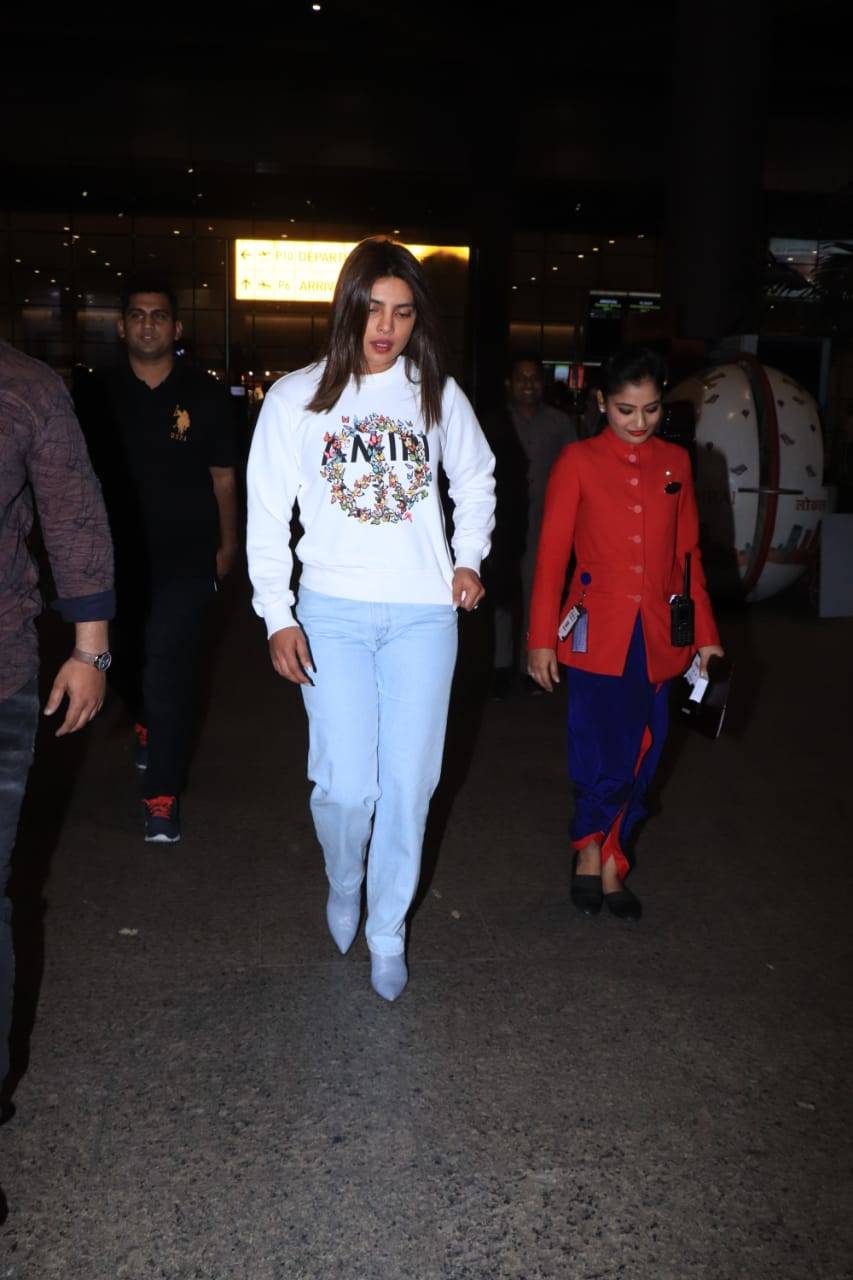 Meanwhile, Priyanka was last seen in Shonali Bose’s ‘The Sky is Pink’ which also starred Farhan Akhtar, Zaira Wasim and Rohit Saraf. Though the film was highly praised by the critics it failed to impress the audiences.

She also featured in Jonas Brothers‘ recently released music video ‘What a man gotta do’ alongside Nick.