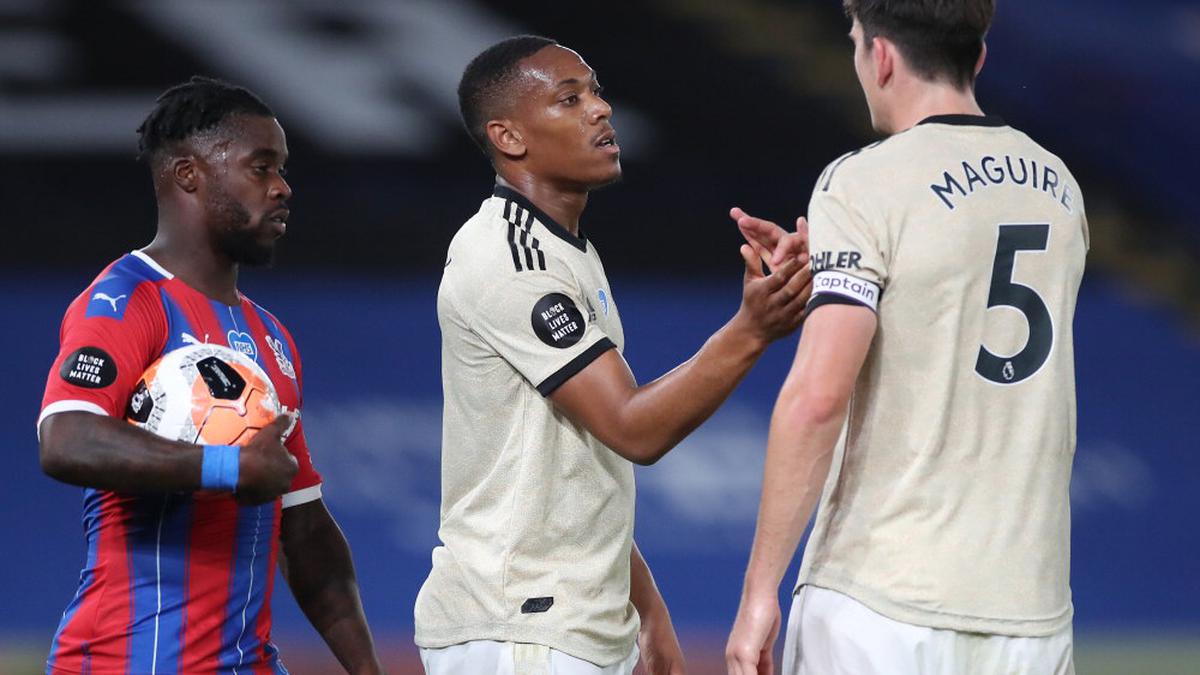 Manchester United kept up its chase for a Champions League qualification spot with Marcus Rashford and Anthony Martial on target in a 2-0 Premier League win over Crystal Palace at Selhurst Park on Thursday.

With two games remaining, United is in fifth place on 62 points, behind Leicester City on goal difference, with third-placed Chelsea on 63.

After West Ham visit Old Trafford on Wednesday, United goes to Leicester on the final day of the season in what could be a decider for fourth place.

“We need to smile and go into this, we have earned this right, no-one thought in January that we would be in with a shout for top four,” said United manager Ole Gunnar Solskjaer, whose team are 19 unbeaten on all competitions.

“We have done fantastic since the restart. These are the games that matter. That is the thing at Manchester United, you have to step up and show your personality,” he said.

Solskjaer’s side was not at its best in South London and survived a scare just before the break when Wilfried Zaha went down under challenge from Victor Lindelof but referee Graham Scott turned down the penalty appeal.

Mid-table Palace thought it had drawn level in the 55th minute when Jordan Ayew slid in a low cross from Wilfried Zaha but the goal was ruled out for the tightest of offsides after a VAR review.

United made sure of victory, vital after Leicester’s 2-0 win over Sheffield United, when Bruno Fernandes and Rashford combined smartly to feed Martial who held off Scott Dann and drove in the second.

“It was a tight game and we didn’t get the rhythm in our passing but two fantastic goals won it for us,” said Solskjaer.

Palace, which has now lost six games in a row, suffered a blow when defender Patrick van Aanholt was taken off on a stretcher after colliding with Martial and sustaining what appeared to be a serious shoulder or arm injury.

Leicester City boosted its hopes of finishing in the Premier League top four as goals by Ayoze Perez and substitute Demarai Gray secured a 2-0 home win over Sheffield United.

The result left Leicester fourth on 62 points from 36 games, ahead of fifth-placed Manchester United on goal difference.

Having won only one of its last six league games, Leicester needed a victory to get back on track in its bid to secure a berth in next season’s Champions League and delivered with a dominant performance.

Perez fired the host ahead in the 29th minute with a crisp low shot from 14 metres thanks to a fine cut-back by Thomas while Gray sealed the contest in the 79th with a clinical finish after a fast break.

The Foxes missed a string of chances to win by a bigger margin as visiting goalkeeper Dean Henderson made several reflex saves while top scorer Jamie Vardy hit the outside of the post shortly after halftime.

The defeat means Sheffield United stays eighth on 54 points, two points behind sixth-placed Wolverhampton Wanderers which occupies a Europa League qualifying spot, after its timid performance brought a four-match unbeaten run to an end in a 1-1 draw against Burnley. Educational Institution names a department after Sonu Sood for his humanitarian work during the COVID-19 pandemic; read details – Times of India