IN PROGRESS [SECOND HALF]

50′ HOW IS STILL O-O??? Oh,my! City must be ruing its missed chances at the breal and add a couple more here. Sterling is freed in the centre and has Tanganga for company. Lloris charges off his line, collides with his own defender and the ball falls to Aguero. Who takes a crack at goal but Alderweireld is in the way. His clearance is poor and Sterling, inside the box, passes it square to Gundogan instead of going for goal. But Gundogan skies the pass with his left foot.

48′ Son goes solo from the centre line and almost gets through the final line of defence but he is dispossessed.

The players are back out for the final 45. How many goals will we see? How many more yellows? Probably a red? To what extent will VAR come into play again? Let’s find out.

The match truly came alive in the 40th minute when Aurier brought down Aguero and the VAR awarded the penalty. Gundogon stepped up to take it and Lloris guessed the right way and the ball rolled back in. Sterling and Lloris both charged for the ball and Sterling was down but and there was a penalty shout again. But the VAR showed that Lloris didn’t bring Sterling down. Then, the Spurs players wanted Sterling to be a shown a second yellow for diving, but two other players were booked instead.

It all started with close chances being created on both ends. Spurs defenders did well to fend off De Bruyne, who missed the goal from close range, and Aguero, whose shots were blocked repeatedly. On the other hand, Zinchenko and Fernandinho kept Alli, Son and Moura at bay.

11 attempts on goal and three on target for City in comparison to 1 and 0 for Tottenham.

HALF-TIME! Phew, the referee blows the much-needed half-time whistle. Goodness me, talking points aplenty in the opening half. Controversy, debates and conflicts. It had it all.

45+4′ AGUEEROOO BUT WIDE!! Mahrez with a delightful parallel ball to Sterling, who squares to Aguero first time. The Argentine should have dinked the ball over the keeper but he goes for power and bottles another opportunity.

45+2′ Mahrez with feather-like light and quick feet in the right as he shuffles and slips past two defenders before finding De Bruyne at the edge of the box. The Belgian international, however, was soon dispossessed.

Four minutes have been added to the first half.

44′ Free-kick for Spurs. Lo Celso’s delivery is headed away. Son gets the ball in the right and his cross is deflected for a corner by the Algerian. Nothing comes off it.

43′ REFEREE JOGS ABOUT,  DEGARNISHES TWO YELLOW CARDS. One to Alderweireld and one to Zinchenko.

40′ IT’S ALL HAPPENING HERE!! GUNDOGAN  GOES LOW AND RIGHT AND LLORIS SAVES THE BALL AND THEN STERLING CHARGES IN and Lloris makes another save. CITY PLAYERS CHARGE DOWN TO LLORIS AS THEY BELIVE LLORIS BROUGHT STERLING DOWN. VAR shows no foul play from Llros. Now, Spurs players surround referee Dean, asking for a second yellow for diving.

38′ PENALTY TO MANCHESTER CITY! VAR IS AT ITS AGAIN!  Earlier in the play, Gundogan feeds Sterling and the ball rebounds off multiple players before falling to Aguero. Aurier slides in from the side and Aguero goes down. The referee initially said play on but VAR said otherwise.

36′ WHAT AN INTERVENTION BY WALKER! Aurier threads a lovely ball to Bergwijn in the left and he wasted no time in putting the ball inside the box. Alli was waiting but Walker times his jump to perfection to steer the ball away with his head.

34′ Walker literally brings down Moura with his hands after the Tottenham striker set himself free with a great decoy. Free-kick for Tottenham. Lo Celso’s delivery is nudged out by Fernandindo. Aurier, then from the right, drills the ball in but it’s too strong.

30′ EXCELLENT TACKLE FROM LO CELSO. After Mahrez squares the ball in from the right, it falls to Mahrez, who was set to go for glory from just outside the box. But Lo Celso’s timely sliding tackle averts danger.

27′ AGUEERROOO HITS THE POST!!  Sanchez loses possession of the ball in his own half and Mahrez rushes in for a pass to the danger man, Aguero. The Argentine takes a step to his left before going for the bottom right corner. However, Lloris gets a faint touch off his left boot, but it was enough for the ball to change directin and ricochet off the post. SO CLOSE!

26′ Walker with a peace of a long ball from Mahrez’s, whose first touch is even classier. Mahrez then stops playing thinking he was whistled off-side but there was no whistle.

25′ DE BRUYNNNE BUT SAFE! Mahrez in the centre slips a quick pass to De Bruyne and the Beligian international rifles the ball on target from 25 yards out, but straight into the bread basket of Lloris as the French international saves it with ease.

Tottenham is looking the more dangerous sides of the two with its advances down the pitch.

22′ FIRST CORNER OF THE MATCH TO CITY, CONCEDED BY SANCHEZ!  De Bruyne’s corner from the right is long and Rodrigo, who was muscling into space at the far post, is ruled off-side.

21′ Sanchez with a brave, brave interception. The ball falls to Aguero after a deflection and he was on his way to goal, but just before Aguero could pull the trigger, Sanchez sticks his leg out for Lloris to close that passage of play.

20′ A little one-two between Mahrez and Aguero down the left but a heavy first touch from Aguero allows Winks to dispossess the striker and clear the ball.

18′ Winks sees Son with a through ball and so does Ederson, who dashes off his line and clears the ball. In fact, it turns out to be a great ball to Aguero in the left., who can take it forward before being disspossessed.

16′ Alli from the left looks for Moura in the centre, but Zinchenko anticipates the pass on time and intercepts it with ease.

15′ WHAT A TACKLE FROM Zinchenko in the right. He chases Moura and puts in a sliding tackle from the back and steals the ball cleanly.

Alli has limped to the sidelines. Sterling was lingering around his England teammate, concerned.

13′ YELLOW CARD FOR STERLING! Who is in a tussle with Alli for the ball, misses it completely and steps onto Alli’s ankle, which twists painfully. VAR says no red card.

12′ Miscommunication but safe! The ball is played in high down Tottenham’s left and Otamendi outruns Bergwijn and sends it backs his ‘keeper Ederson. But the keeper waits for the ball to come to him allowing Lucas Moura to attack. It causes panic inside the City box but Ederson eventually collects it.

10′ No penalty there, Sterling! De Bruyne threads a lovely through ball to Sterling which falls at the feet of Aurier. However, the ball bounces off his shin and Sterling latches on to it and zips towards goal on his own. Aurier keeps up and Sterling comes down inside the box. The replay shows there was no wrong-doing from Serge.

9′ Aguero has two cracks at goal, but both were blocked by the defenders.

8′ TOOO WIDE! But first real shot on goal of the night. Rodrigo frees up Mahrez by switching the wings with a delicious long ball, who plays it quickly to an incoming De Bruyne. The midfielder latches on to it, but catches the wrong side of the ball as it flies wide of the left post.

6′ Off-side! Lovely lob pass from Alderweireld to Alli, who is sitting on 49 goals, but Alli is ruled off-side.  Alli shoots at goal, forcing a save from Ederson despite the linesman raising his flag. The replay suggests the goal would have been allowed. Well!

3′ Rodri lifts the ball to Gundogan from the back, who’s inside the box. He slips a quick pass to Aguero, who looks for goal but is stopped in his tracks by Alderweireld.

2′ Fernandinho seeks Riyad Mahrez, but the ball is too strong and Lloris collects it without any trouble.

Right then. The players have made their way out to the centre and we are moments away from kick-off

Starting Line-ups have been announced:

When Pep Guardiola and Jose Mourinho pitched up in Manchester in 2016, the city briefly became the centre of the football universe but the build-up to its latest clash has been decidedly low-key.

With so much focus on runaway leader Liverpool, Sunday’s meeting between the two managerial greats is taking place out of the limelight.

Guardiola’s second-placed team is on the brink of conceding its Premier League title and Mourinho is battling to secure a top-four place for Tottenham after an inconsistent run of results.

The City boss is relaxed about his players’ motivation, even though the title is out of sight, calling them “incredible“.

Mourinho’s team is in a dogfight to finish fourth and looks short of firepower without injured forward Harry Kane, but tit has started to rebuild following the departure of Christian Eriksen to Inter Milan.

New-signing Steven Bergwijn has been handed Eriksen’s number 23 shirt and will give Mourinho more attacking options as he bids to revive Spurs’ season. 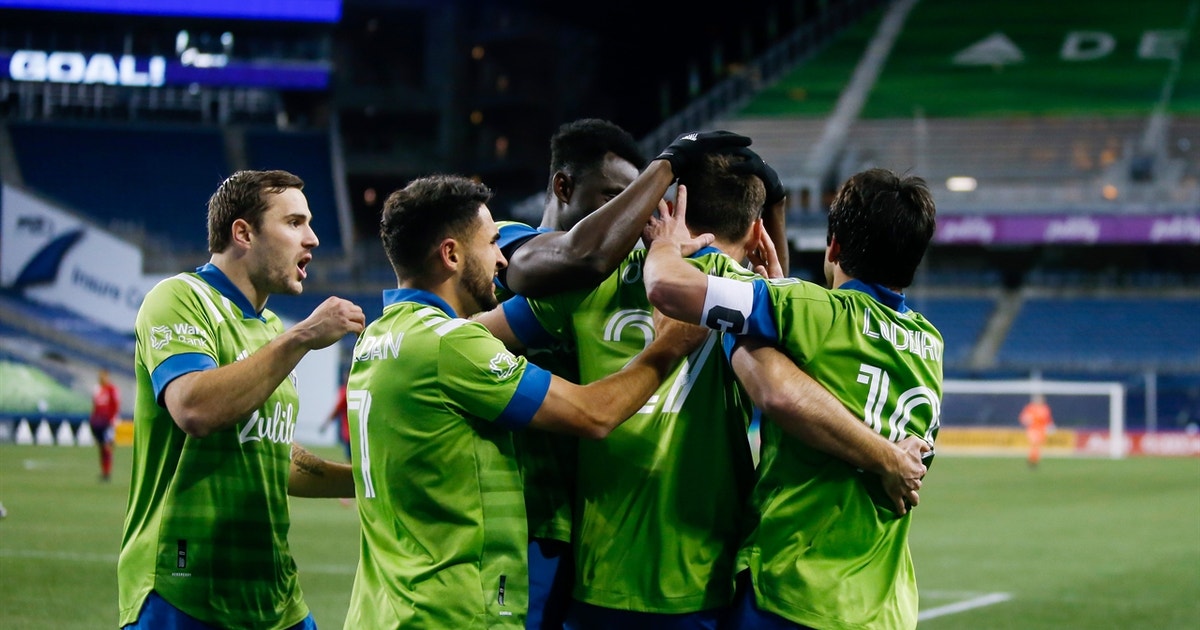 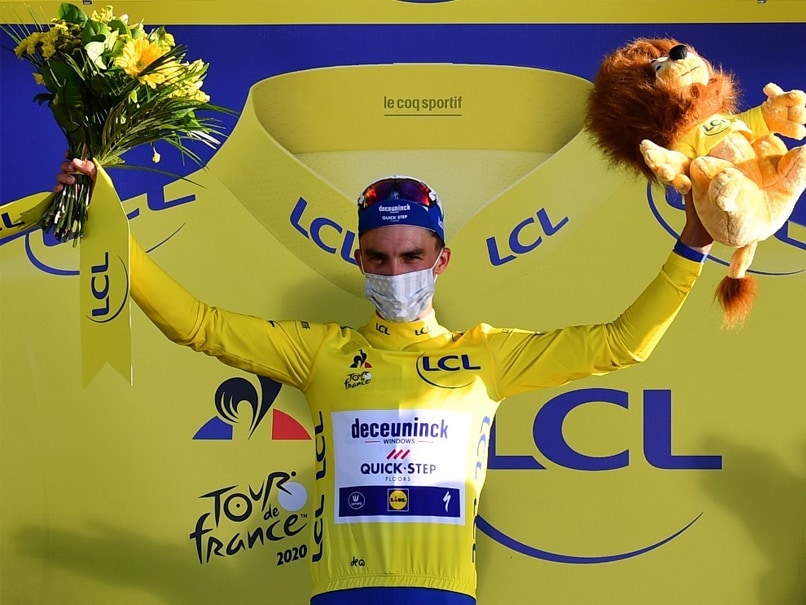