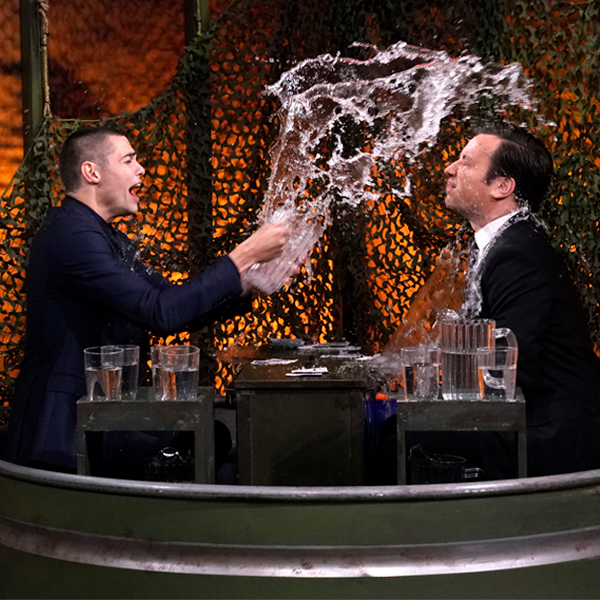 “Water War” was the game of the day Thursday’s The Tonight Show Starring Jimmy Fallon. And this time, the heartthrob getting soaked was Noah Centineo.

The premise of the game is simple. Jimmy Fallon and Centineo would play the “War” card game, and whomever lost each hand had a glass of ice cold water poured on them. Should there be a draw, whomever won the subsequent war would pour a pitcher of water on their opponent.

The first player to pour five glasses of water would win, and then they would soak the loser with a giant water gun. And with that, let the games begin!

Centineo ended up winning the first hand. Just before he poured the water on the host, the To All The Boys I’ve Loved Before star teased the host.

“Jimmy, I want you to think of a time in your life when you were in bed and you felt a cool, cool liquid,” he said. “That wasn’t cool at all, it was actually warm!”

Pouring the water on Fallon’s pants, Centineo said with a laugh, “You peed yourself! That’s so embarrassing!”

The host ended up winning the next few rounds. For his first win, the Saturday Night Live alum joked to the actor, “I want you to think about a time in your bed. You’re having a dream that you’re going down a water slide.”

Really soaking this moment in, Centineo joked, “I like it! I want more!” as the water was poured all over his shaved head.

Fallon won another hand, then he thanked the 23-year-old star before getting his revenge and pouring the water in his lap.

Next up was a draw, which ended up being bad news for Fallon. Centineo won the hand and shook his pitcher of water all over the host until it was empty. He also took an extra glass and emptied it underneath Fallon’s coat and down his back.

Ultimately, the Netflix star ended up winning the entire game, which has also been played by the likes of Zac Efron, Daniel Radcliffe, Jake Gyllenhaal andRyan Reynolds.

The Fosters alum was a good sport about the win, however. He ended up pouring some glasses of water on himself before he used the super soaker on his opponent, but this made for one hell of a game. 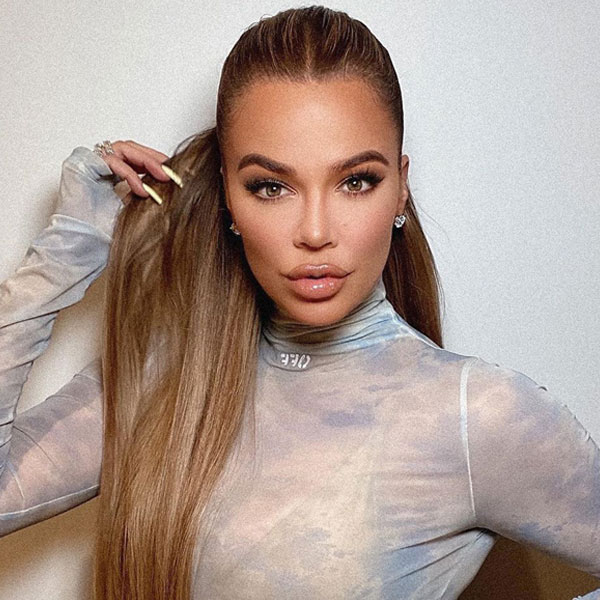 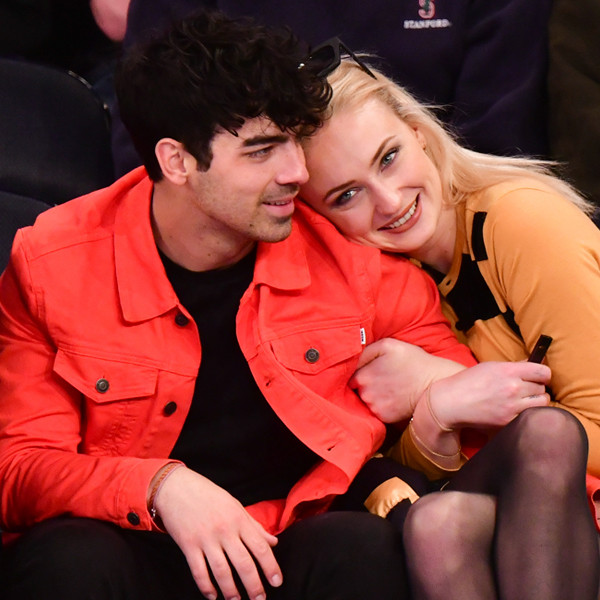