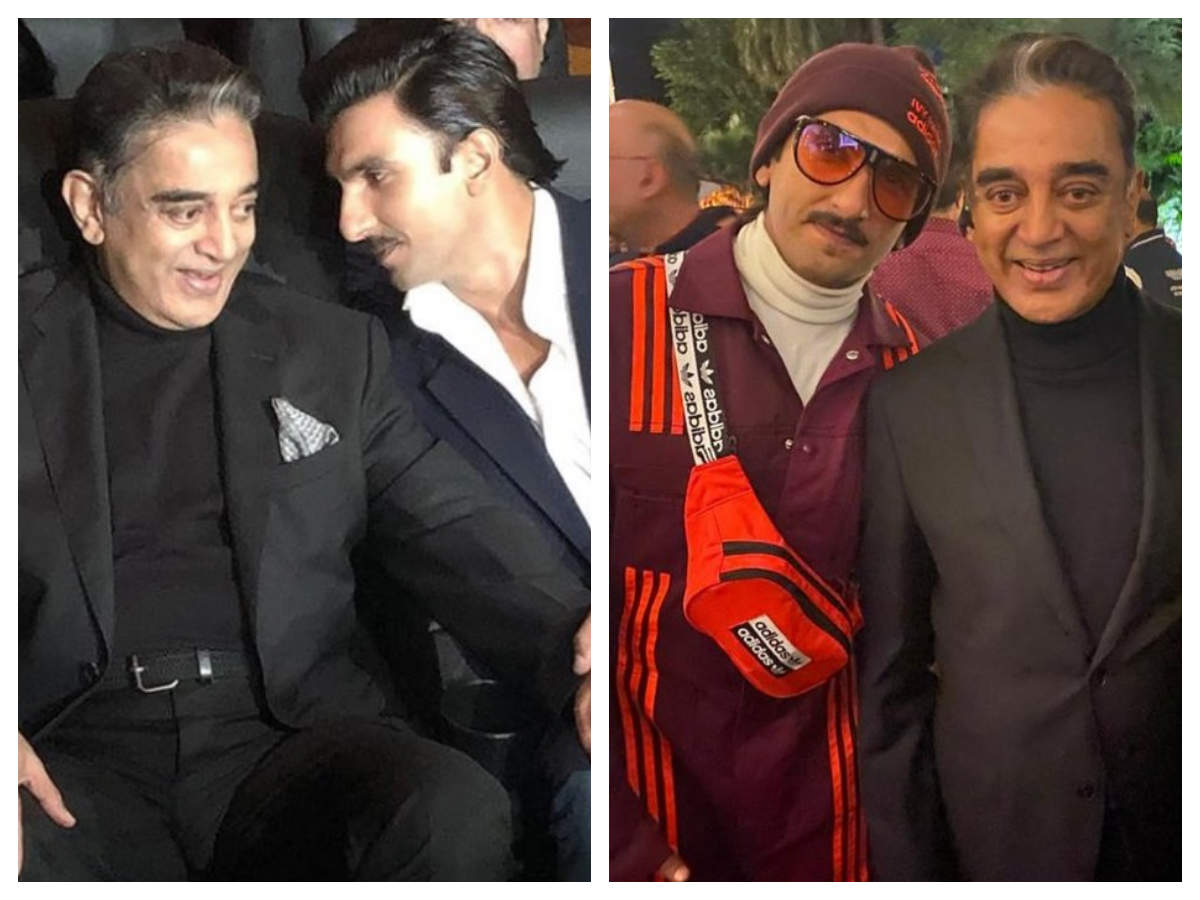 The makers of Ranveer Singh starrer ‘’83’ had organised a grand first look launch of the movie recently and it was indeed a gala affair. While the pictures and videos from the event have been flooding the internet, there are a few pictures of Ranveer with none other than megastar Kamal Haasan that takes away the cake.
Ranveer was seen bonding with the megastar at the launch event. Apart from striking a pose with him, the Bollywood actor was also seen engaged in a candid conversation with the legendary actor. 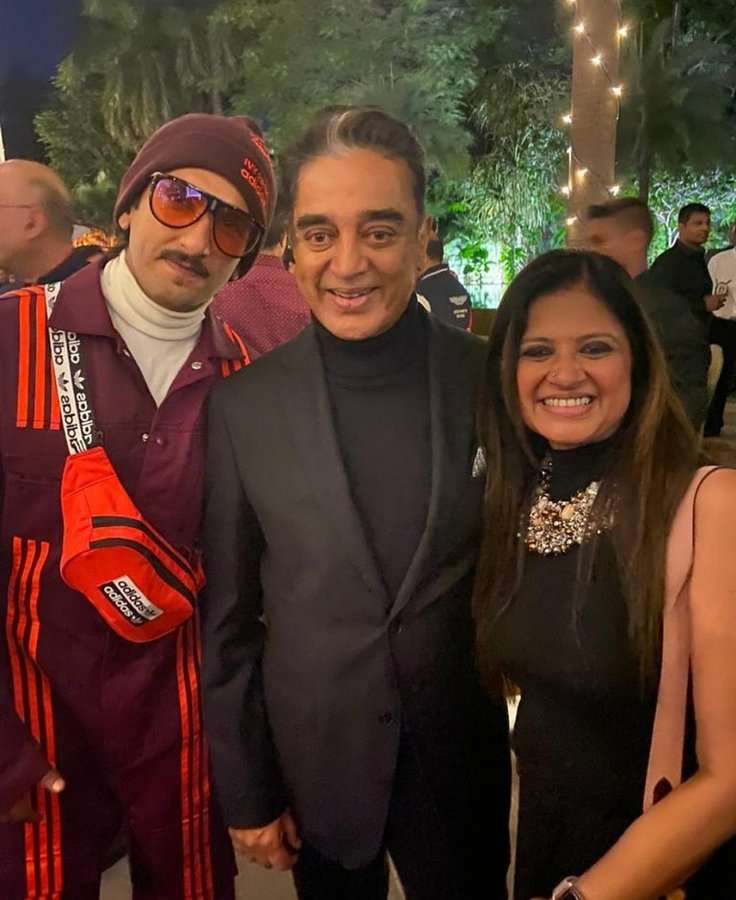 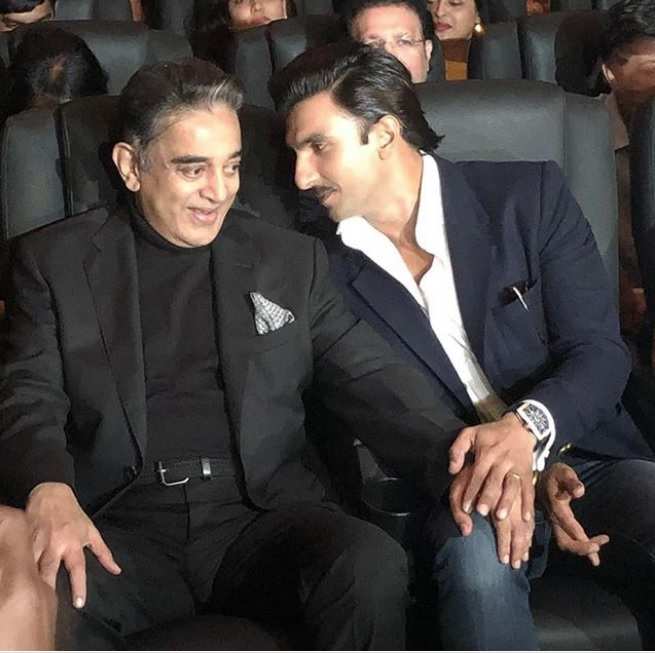 In one picture, Ranveer is seen looking his quirky self in his all-red attire. His matching cap and shades complemented his overall look. He is seen striking a pose with Kamal Haasan who looked dapper as ever in his all-black suit.

In another picture, Ranveer is seen sharing a candid moment with the megastar. The young Bollywood actor is seen looking handsome in white shirt, black blazer coat and blue denims.

The film that is also releasing in Tamil and Telugu, will feature Ranveer Singh as Kapil Dev and his wife Deepika Padukone as Romi Dev. Deepika will also be co-producing the sports biopic.
The sports drama that traces the events of India’s historic win at the 1983 World Cup, is set to release in theatres on 10th April 2020. Gulabo Sitabo Movie Review: A well-crafted satire that evokes a riot of emotions

Exclusive! ‘Ashram’ actor Aaditi Pohankar: Explore the power inside you, then nobody can stop you from fulfilling your dreams – Times of India 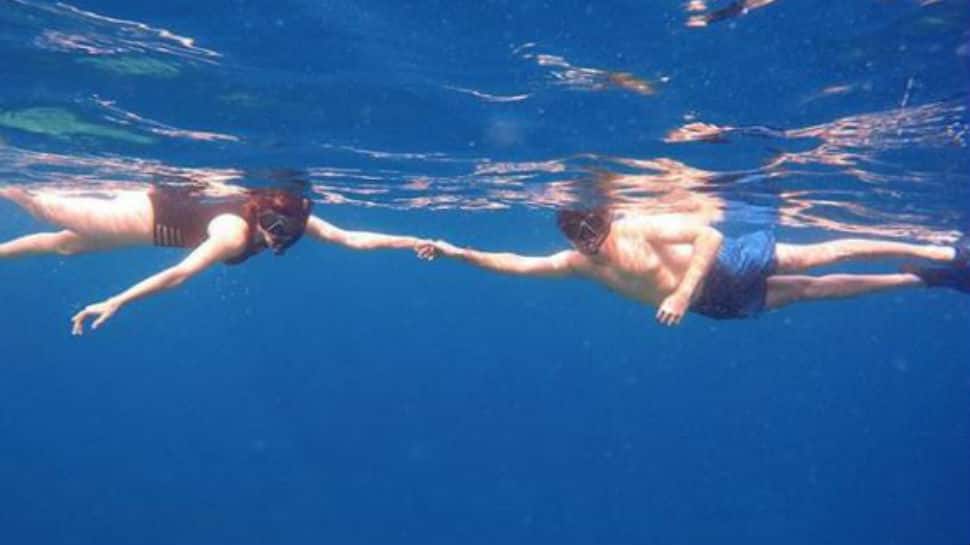 Wait, stop and look at these breathtaking pics from Kajal Aggarwal and Gautam Kitchlu’s honeymoon in Maldives