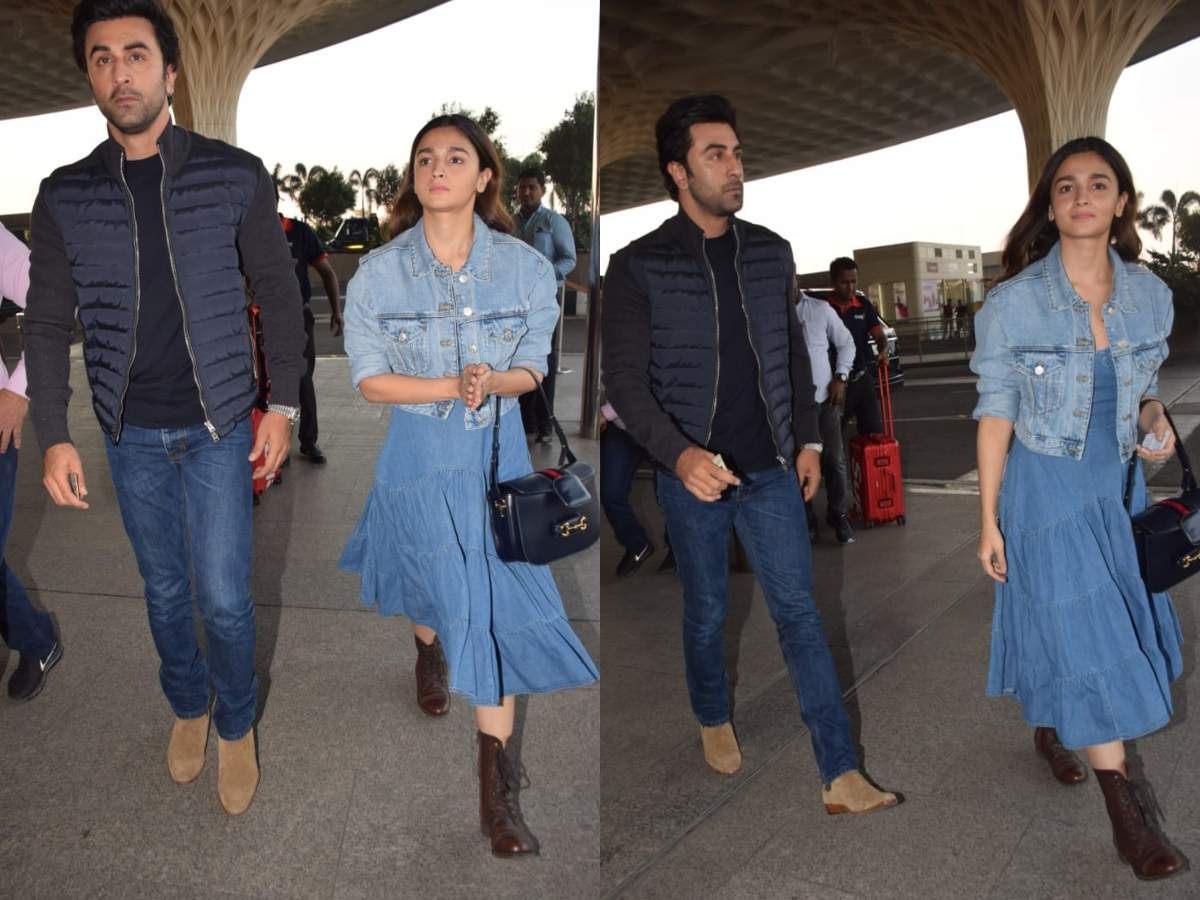 Lovebirds Alia Bhatt and Ranbir Kapoor have been in the limelight for quite a while now. They both are often papped together attending various events, parties and family functions. Currently, both the stars are busy with their upcoming sci-fi film ‘Brahmastra‘ which is slated to release next year.

A while ago, the couple was spotted at the Mumbai airport as they jetted off for to an unknown location for a work commitment. In the photos, Ranbir is seen sporting a black tee, blue denim paired with a winter jacket and beige colour shoes. On the other hand, Alia was seen dressed in a denim dress which she paired with a denim jacket and a pair of cool formal shoes. She rounded off the casual look by carrying a handbag.

Check out the photos: 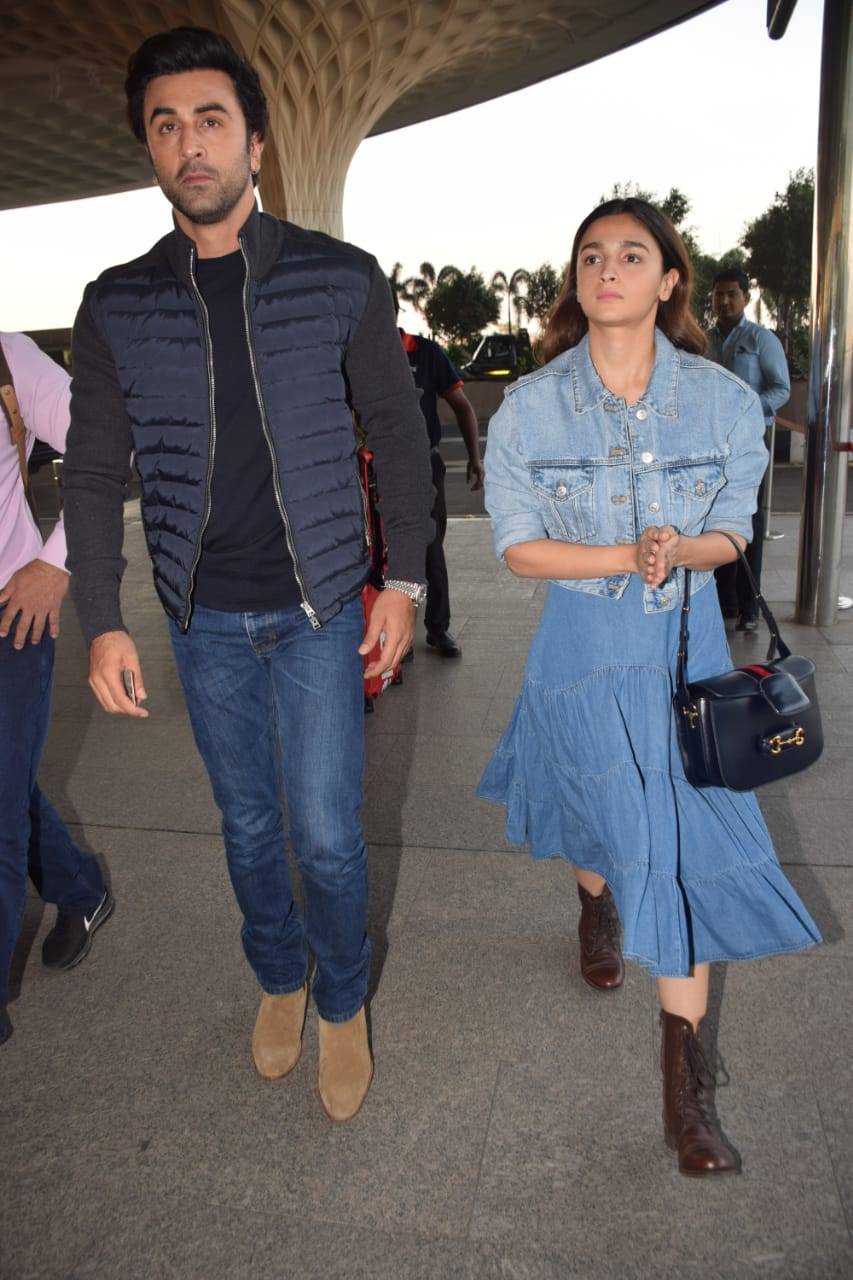 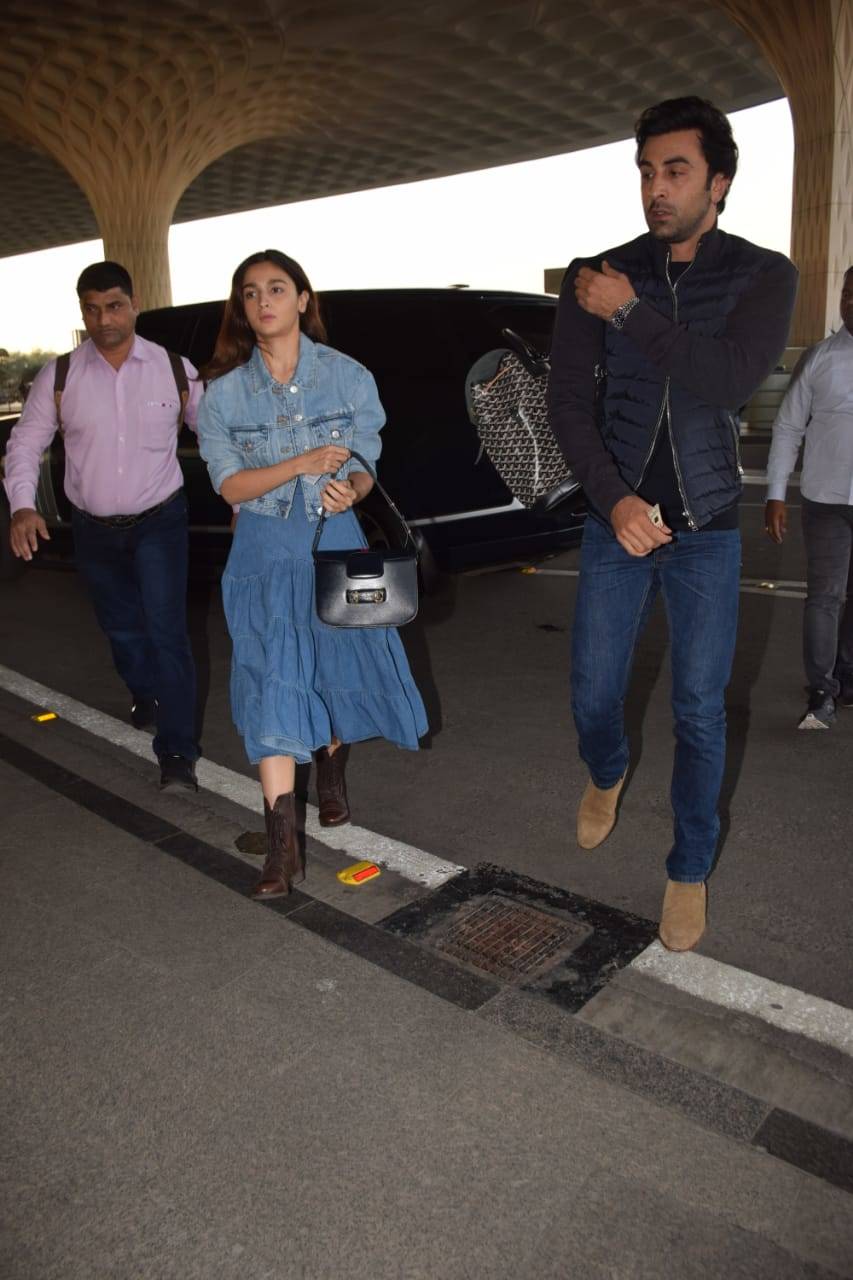 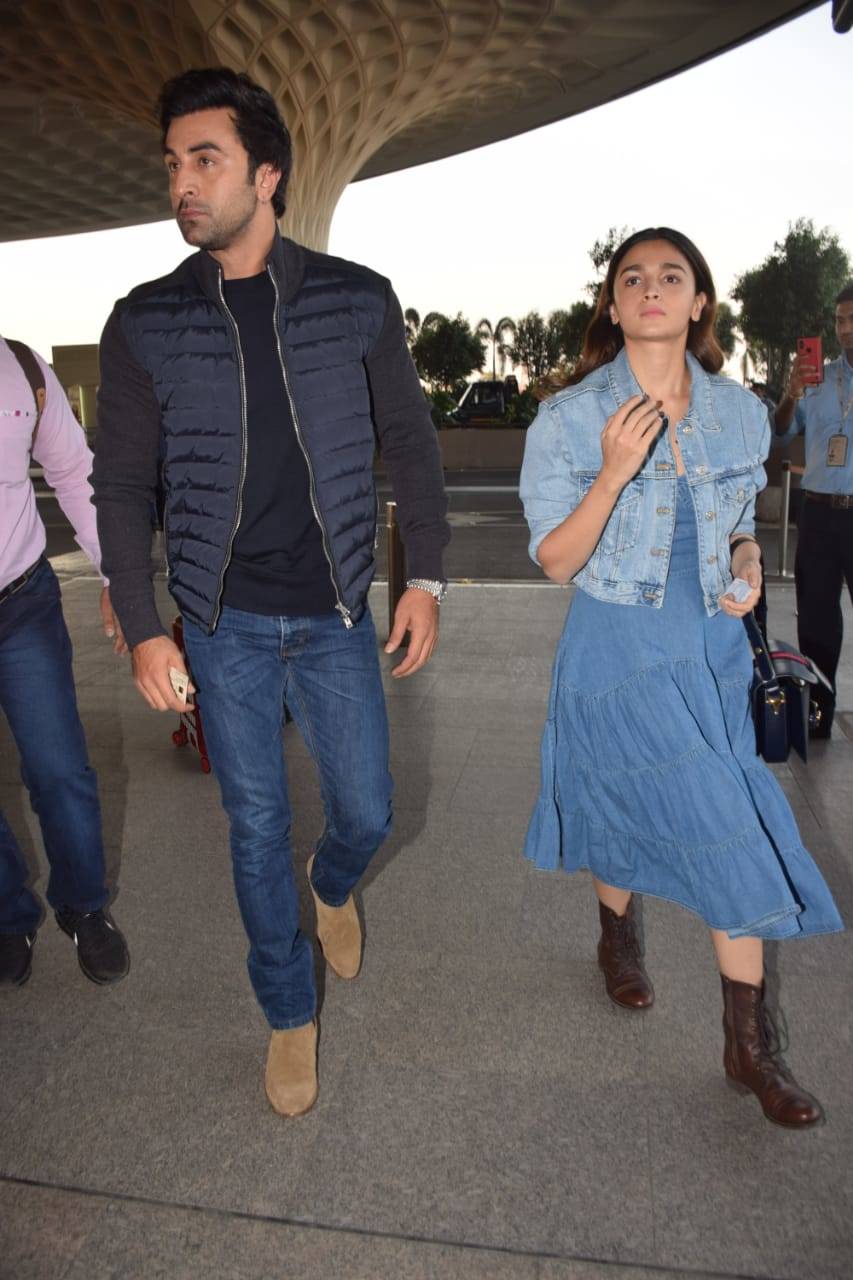 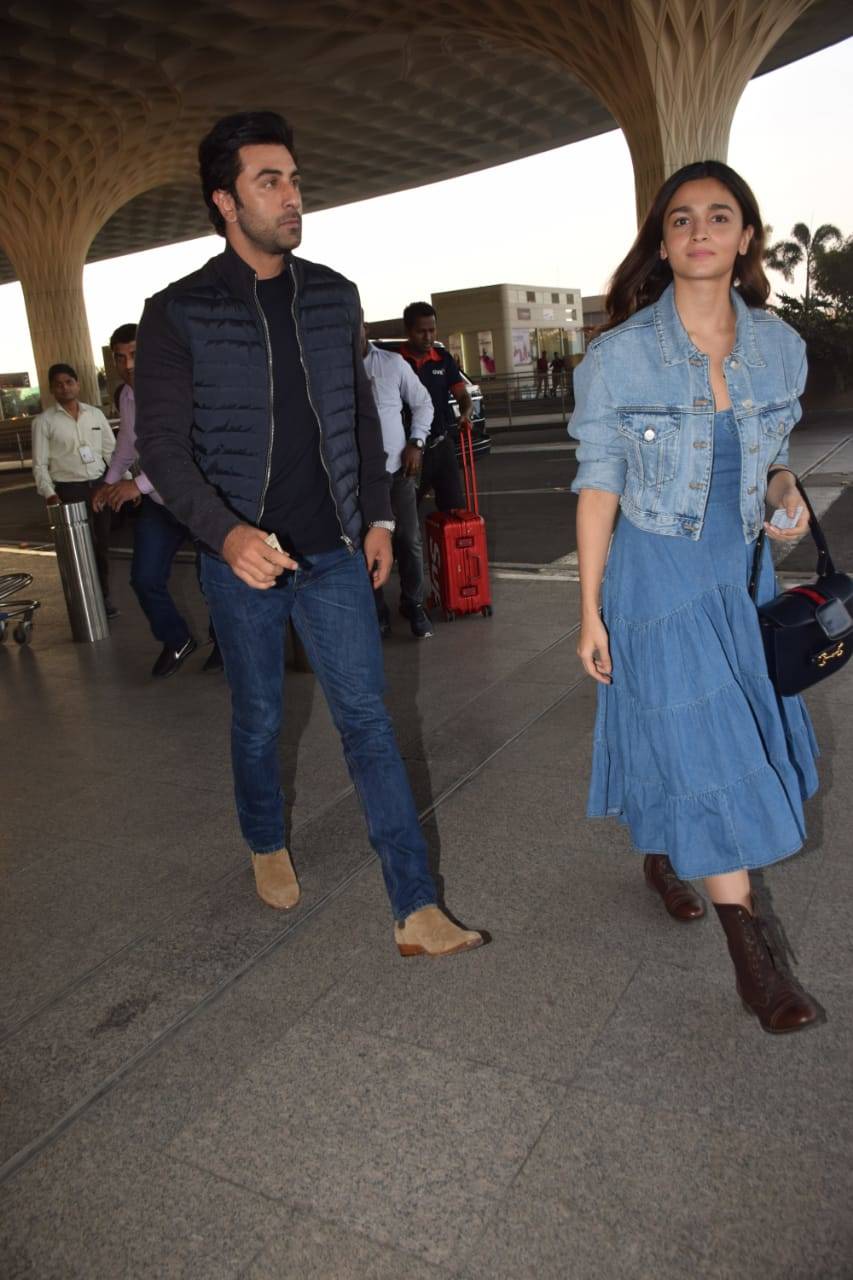 Meanwhile, there are speculations that Ranbir and Alia might get married next year. The actors have taken a month off from their work schedule and planned their rumoured wedding. The report also stated that Alia and Ranbir will be having a destination wedding in Kashmir. 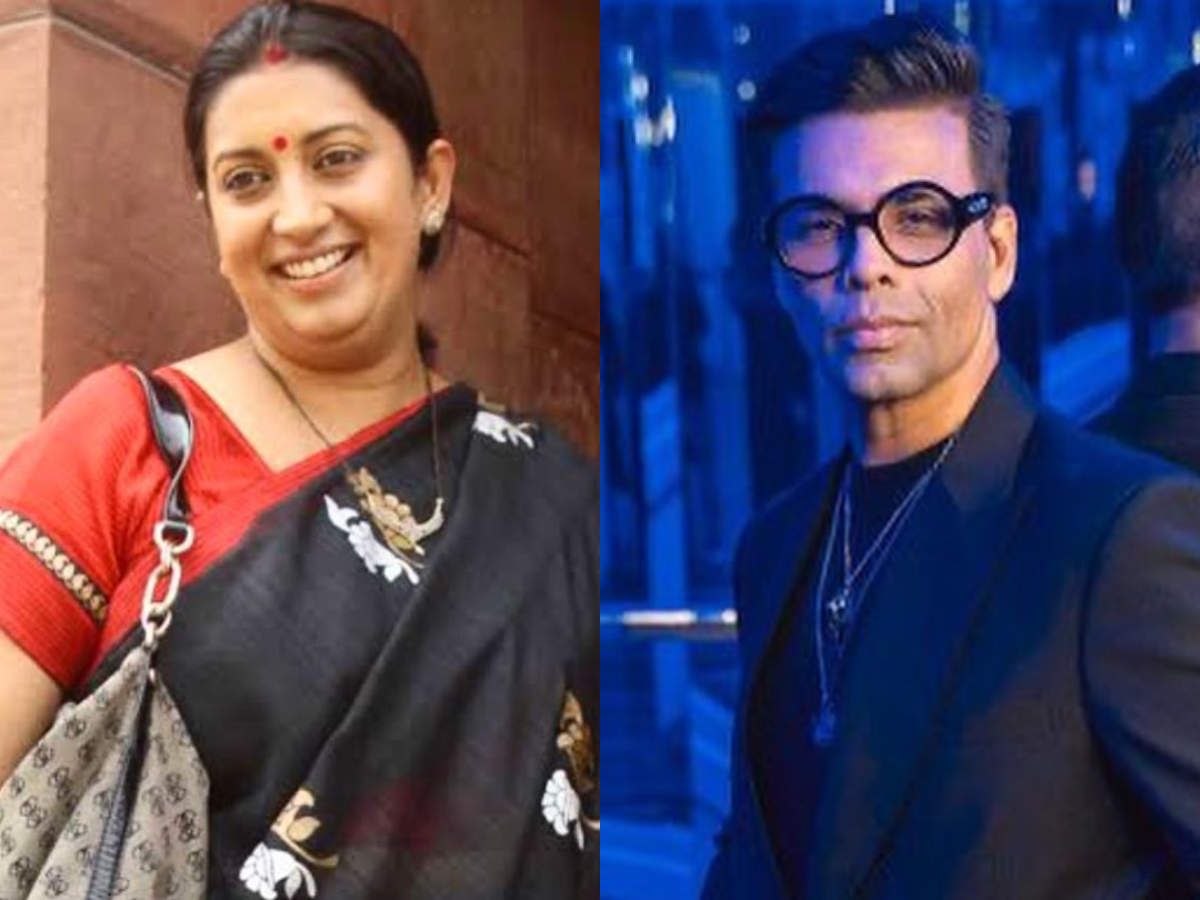