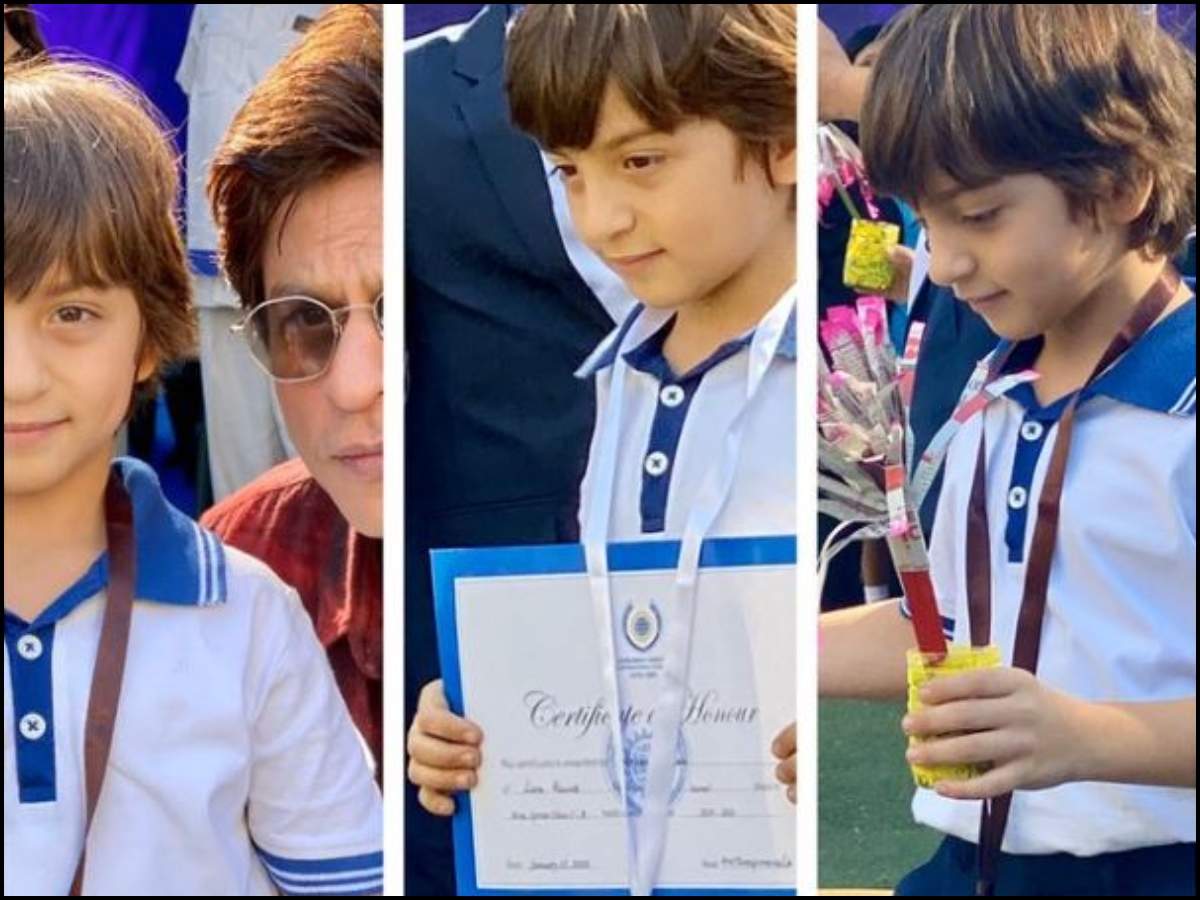 Bollywood superstar Shah Rukh Khan, who was last seen in Aanand L Rai’s ‘Zero’, attended the sports day of his tiny tot AbRam today. SRK himself shared the picture with his munchkin with a sweet caption.

He took to his Twitter account and shared, “Day at the Races…My little ‘Gold Medal’ with his Silver and Bronze wins at the races today!!”

Day at the Races…My little ‘Gold Medal’ with his Silver and Bronze wins at the races today!! https://t.co/1k9NqjB65J

In the collage shared by SRK, AbRam can be seen all smiles as he won two medals during his race. He can be seen holding his certificate and medals. Even Shah Rukh is seen posing with him in one of the pictures.

On the work front, fans of Shah Rukh are eagerly waiting for the announcement of his next.

Karan Johar call his kids Yash and Roohi ‘diet police’ as they stop him from having a burger; watch video – Times of India

Throwback Tuesday: THIS unseen picture of Anushka Sharma from her mehendi ceremony is heart winning! – Times of India