9-15 And there it is! Pedersen finds the net. The Adcocks have done way too much… Sozonov and Pedersen… No, that just didn’t work out!

8-12 Excellent work from Sozonov this time, getting the return to speed down the middle.

6-10 Sozonov is having a difficult time out there, not getting into rhythm at all. Even Pedersen is giving in now! She gets it on the wood and the shuttle awkwardly glides out of play.

6-7 A rather awkward-looking shot from Chris floats out!

2-6 A series of rapid exchanges ends with Sozonov’s return crashing against the net, again.

1-2 The 18-shot rally comes to an end as Sozonov reaches out for Chris’ smash and dispatches it to the opposite flank of the court.

6-15 Gabby settles it all! The Adcocks run away with the first game.

5-14 Well Sozonov was fortunate there. He swings and misses but it lands out of bounds.

2-10 What is Sozonov doing? The defensive approach isn’t helping the Awadhe pairing at all. Sozonov balloons it high and Chris rains down a thunderous smash on the opposite end of the court.

2-8 The Adcocks have a six-point cushion at the turn. This is turning out to be a one-sided contest.

1-4 Pedersen return Chris’ serve long, the former did well to duck the shuttle and let it fly out.

1-3 Chris’ serve is rammed into the net by Sozonov.

1-1 Chris with a monstrous smash from the back and Pedersen’s flat return flies wide.

1-0 The Awadhe duo to serve first. Pedersen’s serve to Gabrille is returned into the net.

12-15 This has to be one of the biggest upsets of the tournament. Sensational stuff from World No. 100 as she downs World No. 14 in straight games. Coming to the point, she draws Beiwen forward with a forehand dribble and Beiwen lunges forward but finds the net on the return. RITUPARNA DAS HAS BROKEN THE TRUMP AND GIVEN PUNE THE LEAD as she wins 15-13, 15-12.

12-14 Not yet as Ritu’s drop catches the net and falls back.

11-14 Just one point away form breaking the Trump. Coming to the point, Ritu places her sliced smash across the court beautifully and Beiwen nets her return.

11-13 Big mistake from Beiwen as her smash slams into the net.

10-12 What an incredible tumble from Rituparna. Off the forehand, the shuttle grazes the tape and falls over. Beiwen’s return smashes into the net.

9-11 Rituparna Das is back into the lead. Flat exchange at the net and Ritu comes out on top with a drive up and over Beiwen.

9-9 Error in judgement from Ritu and Beiwen draws back level. Zhang’s lift falls just inside the court, one Ritu left thinking it was long.

8-9 Good smash down the line from Beiwen and Ritu nets the return off her backahnd.

7-8 Cracking return from Beiwen as she responds to Ritu’s smash by going cross-court with the drop.

5-8 Ritu with a crucial lead at the interval and the Indian is in full control of breaking the Awadhe trump. A quick jab over Beiwen at the net and the shuttle was on its way out. But it clips off Beiwen’s racket and that means, the point goes to Rituparna Das.

5-7 Beiwen using the depth of the court beautifully, as she lines up for a great smash down the line, too good for the Indian to handle.

4-6 Excellent smash from Ritu. Once again, goes down the line with her forehand and Beiwen isn’t able to keep up with the return.

4-5: Ritu drops it short again and Beiwen covers ground comfortably, but she goes wide with her cross-court, forehand lift.

4-4 Ritu is beaming with confidence at the moment. A smash by th Indian and then a drop that Beiwen nets on the return.

4-3 Overhead, forehand smash down the line from Das and Beiwen isn’t able to lift the smash back over the net.

4-2 Quick exchange, flat jabs and Ritu’s half-smash off her forehand down the line rams into the net.

2-2 This time, Ritu’s dribble at the net finds the net.

1-2 Some help from the net there for Rituparna. Her backhand drop grazes the net and tumbles over. Beiwen lunges forward in desperation but to no success.

1-1 Beiwen with a service error to gift the point to the Indian.

1-0 First point of the game to Beiwen as Ritu’s forehand goes wide.

13-15 The World No 100 has beaten the 14th-ranked player in the world. Unbelievable! Rituparna has taken Game 1.

11-14 That is a costly error as it sets up the game point for the World No 100 Rituparna. She gets to the shot early and it finds the tape.

10-12 Beiwen’s picking up speed now as she is making Rituparna run all round the court. Wonderful!

6-12 What has happened to Beiwen today? Pushes it to the right-alley. Awadhe is losing its way in the Trump match.

5-9 Very well directed smash from Beiwen at Rituparna’s body. The latter isn’t able to return it back to her oponent’s end.

5-8 A cross-court half smash from Beiwen lands out, handing Rituparna the lead at the turn.

4-6 A 24-shot rally sees Rituparna bag the point at the end of it. Beiwen flings it long and it lands way beyond the baseline.

3-4 Rituparna gets the lead as she flicks one at the tape, only for Beiwen to find the net.

1-0 Pune 7 Aces to serve, and it bags the first point as well. Rituparna skies it quite high and Beiwen gives herself the required elevation to get on top of it and smash one hard down the middle.

15-12 The 2014 Korean World Champions have beaten the Olympic gold medalist Setiawan and the young Shetty. A successful Awadhe review shows that the shuttle had landed well out of bounds.

14-12 Shetty plays this inside out, but the shuttle lands well outside.

12-10 Setiawan gets some help from the net. Baek Cheol does pick it up, but he ends up slamming it into the net.

11-9 A series of fast exchanges sees Baek Cheol do what he does best at the net. Setiawan’s return finds the net.

7-8 Shetty’s smash right into the Baek Cheol’s chest settles a one-point cushion for Pune at the midgame break.

6-7 Lovely service return from Sung Hyun who lunges forward to send one to the left alley.

4-6 Error in judgement from Sung Hyun sees the shuttler let a longish drive from Shetty go, which drops within the baseline.

4-4 Shetty goes long and it flies out of the baseline.

2-4 Shetty plays one at Sung Hyun’s body whose backhand floats off court.

0-1 And Setiawan doing exactly what the Pune coach asked the pairing to do in the break. Smashes midcourt. The power on it is mindboggling!

15-9 The former World Champions are back in business as Shetty’s service fault hands the opponent the game point! Get ready for some solid action in Game 3.

12-6 The pressure is getting to the young Shetty now. He skies one high, but it falls out of bounds.

10-5 Good judgement from Shetty. Initially, he decides to go for the odd smash but he realises that the birdie’s dropping way out of the alley.

9-2 Baek Cheol places it right in the slot! Lures the Pune pairing to the right and sends in a cross-court backhand flick to the left corner.

6-2 Baek Cheol putting up an exceptional show at the net as Shetty fails to get under the shuttle in time.

5-2 And this is turning out to be a fightback. Sung Hyun sends in a smash down the midline. Setiawan and Shetty had no time to get to that.

1-0 That’s what Awadhe would want hereon. Excellent placement from the side sees Setiawan unable to pick the bird up from below as he finds the net.

6-15 Setiawan and Shetty have closed out the first game in the matter of a few minutes, as Awadhe’s top pairing finds itself in the muck at Hyderabad.

6-10 Setiawan thinking on his feet here as a quick return sees Awadhe falter. The World Champion picks up the serve at the net and then pushes it to the right flank at the backcourt.

2-7 Another unforced error from Sung Hyun extends the Aces’ lead. This is turning out to be a no-contest.

1-5 A late change-up from Setiawan sees Sung Hyun, with all the experience in the world, unable to do anything about that return.

0-1 Awadhe Warriors to serve – Baek Cheol to Setiawan. And straightaway Shetty sends in an unplayable 375 kph scorcher to the midcourt.

Pune 7 Aces and the Awadhe Warriors will look to inch closer to the semifinal berth when they clash in the fifth Premier Badminton League on Monday.

Pune and Awadhe occupy the third and the fourth spots in the league table respectively with just a solitary point separating them and it will be a test of nerves when the two meet at the G.M.C. Balayogi SATS Indoor Stadium.

Both the teams lost their last ties in the second double header on Saturday.

While Pune suffered a reversal of fortunes at the hands of North Eastern Warriors, the Lucknow-based franchise was narrowly edged by the Chennai Superstarz.

With a semi-final berth on the line, both the teams will be hungry to bounce back from the loss.

With the fifth-placed Bengaluru Raptors breathing down their necks, they would really be looking to separate themselves from the defending champion in its hunt for a coveted last-fourth berth.

Pune needs introspection as it was thoroughly demolished 0-5 by the North Eastern Warriors.

On a day when nothing went its way, only its talismanic men’s doubles pair of Chirag Shetty and Hendra Setiawan rose to the occasion to extend its unbeaten streak to four matches.

Being so close to the knock-out stages, Pune wouldn’t want to squander this priceless opportunity and would need its mixed doubles pair of Chris and Gabrielle Adcock to fire along with the usually reliable Loh Kean Yew in men’s singles.

Awadhe Warriors, on the other hand, has the advantage in women’s singles being led by the World No. 14 Beiwen Zhang.

Its men’s doubles pair of Ko Sung Hyun and Ivan Sozonov put up a gutsy show against Chennai’s Satwiksairaj Rankireddy and Dhruv Kapila and the Warriors would bank on them to display their prowess again.

Wong Wing Ki Vincent and Subhankar Dey’s form would be crucial as the Warriors desperately seek to remain in contention.

Chennai Superstarz and North Eastern Warriors are the only two teams which have already sealed their spots in the semi-finals.

(With inputs from PTI) 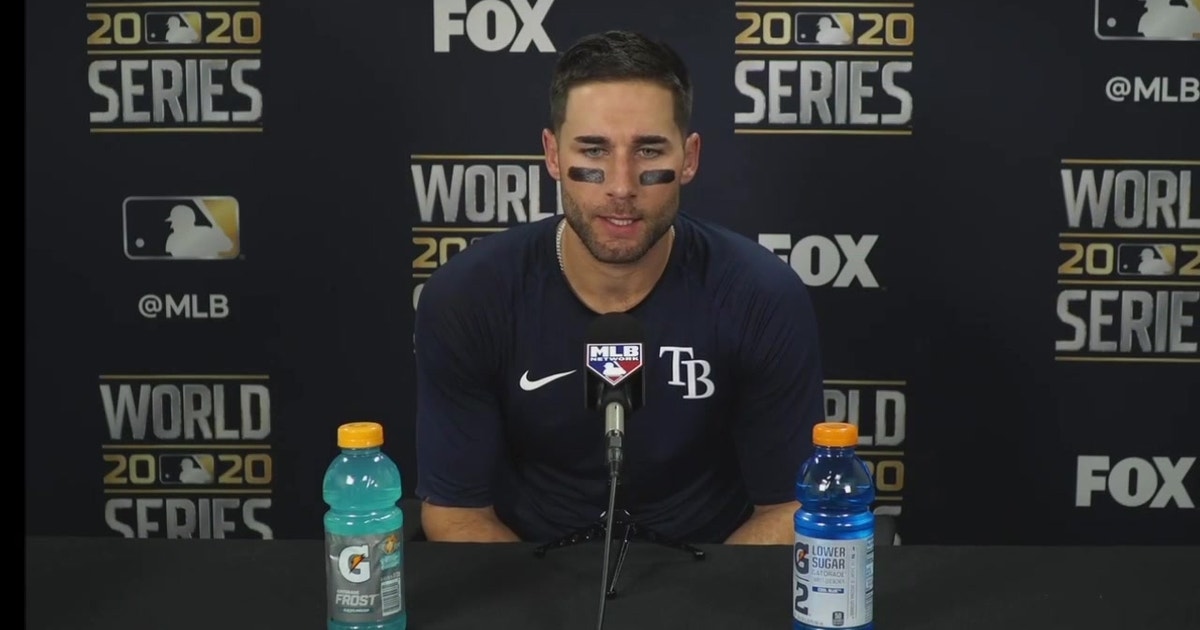