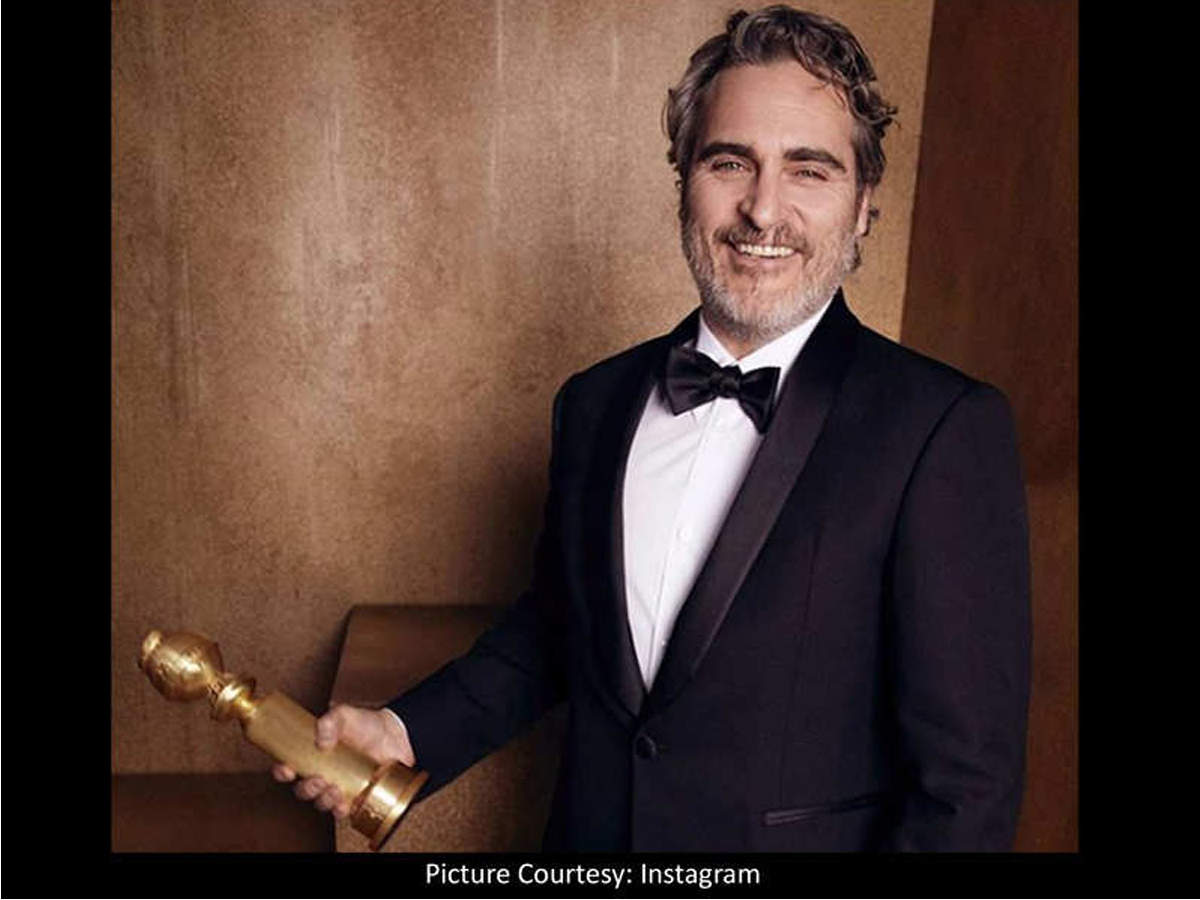 After a stunning performance in ‘Joker’ as Arthur Fleck aka Joker, Joaquin Phoenix seems to be unstoppable as he has been bagging the most coveted awards for the best actor at all the award functions. With Oscars a few days away, fans have been rooting for the versatile actor to bag the prestigious award on the grandest stage and give another unforgettable speech like has been doing since the start of the year.

Pheonix is popular among the artists and the audience for his acceptance speeches where he has bravely called out matters that require attention. From paying tribute to Heath Ledger to dropping the F-Bomb, here are few of speeches of Phoenix that stunned everyone:

Joaquin Phoenix won the prestigious BAFTA in London for the Leading Actor for his phenomenal performance in ‘Joker’. But more than the award it was the charismatic actor’s speech which called out on the ‘systemic racism’ that went viral on the internet. Expressing his sorrow on this year’s all-white slate of nominees, he said, “I feel very honoured and privileged to be here tonight, and the BAFTAs have always been very supportive of my career, and I’m deeply appreciative.” Furthermore, he added, “But I have to say that I also feel conflicted because so many of my favourite actors who are deserving don’t have the same privilege. I think that we send a very clear message to people of colour that you’re not welcome here. I think that’s the message that we’re sending to people that have contributed so much to our medium and our industry and in ways that we benefit from. I don’t think anybody wants a handout or preferential treatment, although that’s what we give ourselves every year. I think people want to be acknowledged, appreciated and respected for their work.”

Arthur Fleck aka Joker not only received a standing ovation in the theatres but seems to be dominating the awards session as well. The film which has been the talk of the town since its release due to the negative aspect of a character it emphasises on. At SAG, Joaquin Phoenix even paid tribute to Heath Ledger, who is known to have essayed the character of Joker before passing away. He said, “Really, I’m standing here on the shoulders of my favourite actor, Heath Ledger. There would always be two other guys that I was up against and we’d always lose to this one kid…every casting director would always whisper, ‘It’s Leonardo’. You’ve been an inspiration for over 25 years to me and so many people.” Furthermore, he even praised his fellow nominees Leonardo Di Caprio, Adam Driver, Christian Bale and Taron Egerton for their brilliant performances.

Sometimes, we feel like we’re up against Leo too, Joaquin. We feel for you. #sagawards https://t.co/KoWRLKIFtD

Phoenix also won the award for Best Actor’s award at the Golden Globes. He not only hailed the performances of his fellow nominees and but also made a sweet gesture to his fianceé Rooney Mara. Apart from that, Phoenix dropped the F-bomb and stole the show as he took a dig at his ‘Joker’ director Todd Phillips. He said, “There is no fucking best actor. I’m such a pain in the ass,” he added, in a remark directed towards Phillips. I cannot believe you put up with me. To my fellow nominees, we all know there’s no. It’s like this thing that is created to sell advertisements for the TV show. I’m inspired by you. Some of you I’ve reached out to personally. Some, uh, I’m still a little too intimidated by, even though we share the same agent: Hi, Christian. You’re not here, but uh.”

Phoenix even emphasised on raising awareness on social cause related to the fires in Australia. “Contrary to popular belief, I don’t want to rock the boat, but the boat. It’s really nice that so many people have come up and sent their well wishes to Australia, but we have to do more than that, right? It’s great to vote, but sometimes we have to take that responsibility on ourselves and make changes and sacrifices in our own lives and hope that we can do that. We don’t have to take private jets to Palm Springs for the awards sometimes or back, please” he said.

The 45-year-old talented actor even grabbed the Critics’ Choice Award for the best actor which was presented to him by actress Anne Hathaway for his stellar performance as Arthur Fleck aka Joker. This time his speech seemed to be on an emotional side as he thanked his mother and even praised his screenwriter Scott Silver. He said, “I need to thank my mum. Mum, you’ve always been my greatest inspiration, even when self-pity led me astray. You’ve never given up on me and I deeply appreciate your support. Turning his attention to screenwriter Scott Silver, as he continued: You used a superhero character to talk about childhood trauma, gun violence and mental health.”