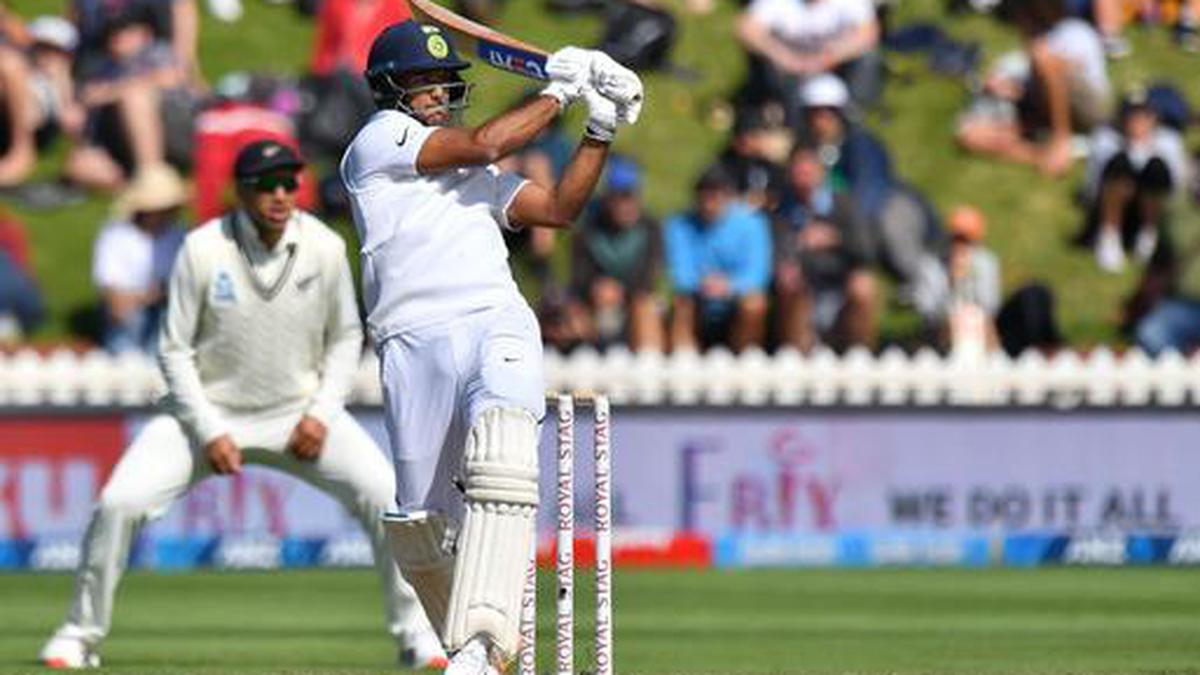 Hello and welcome to Sportstar’s live coverage of the first Test between India and New Zealand at the Basin Reserve in Wellington.

Out come Rahane and Vihari. Crucial first hour coming up. Boult with the ball.

Can Ajinkya Rahane and Hanuma Vihari dig in on day four? It will require a disciplined and committed effort from the batsmen. India trails by 39 runs. New Zealand needs six wickets to beat India and go 1-0 up in the series.

India was 144 for four with a fighting Ajinkya Rahane (25 batting), who essayed a couple of scorching cuts but was struck on the helmet by a Tim Southee lifter, battling with a determined Hanuma Vihari (15 batting). In the morning, India let the initiative slip, unable to blow away the tail; from 225 for seven, New Zealand recovered to 348 all out, a sizable lead of 183. This was the critical phase of the match when Colin de Grandhome, Kyle Jamieson and Boult took the game away from India.. Here’s S Dinakar describing the third day’s play.

TOSS UPDATE: New Zealand has won the toss and decided to bowl first. Meanwhile, it has started to drizzle in Wellington.

Taylor on his 100th cap: “Had a great cap presentation. Good friend and mentor Ian Smith said a few words. Will need some help drinking the 100 wines I received for each Test. Keeps the tradition from Fleming, Vettori and Brendon going (where they received the wines too).”

There is grass on this Basin Reserve surface and the New Zealand pacemen will be relentless in their quest for scalps. A windy morning with overcast conditions in New Zealand at the moment. What do you make of the pitch?

Kyle Jamieson is likely to make his Test debut, bowling alongside Trent Boult and Tim Southee after left-arm seamer Neil Wagner withdrew from the team on Wednesday.

The Indian skipper is gung-ho about his pace pack where Ishant Sharma appears to have put fitness troubles behind. The Indian captain said, “He looked pretty similar to how he was bowling before the ankle injury and was hitting good areas. Really good to see him bowling with pace. He has the experience too.”

There is a covering of grass on the pitch for the forthcoming first Test and the two teams should be close to being bowled out in their first innings by day two.

It’s in the second innings as the surface eases out that the real game begins. There is less deviation off the track for the seamers, the pitch becomes slower and runs flow off the blade.

Then it boils down to strategy and the execution of plans. The strong wind, who bowls with and against it, could be critical to the outcome.

This said, the surface for the India-New Zealand game, a part of the World Test Championship, could be different in character. Full preview here| Ind vs NZ