Meek Mill has released his new single ‘Letter To Nipsey’ after performing it for the first time during the Grammys tribute to the late Nipsey Hussle. This is one of Meek’s most personal songs yet.

Meek Mill’s “Letter To Nipsey” is available now following the rapper’s emotional tribute to the late Nipsey Hussle at the 2020 Grammys. “And I ain’t finna sit here and act like I’m your main homie/But when we lost you it really put some pain on me,” Meek raps in the song’s opening verse. “Got me scared to go outside without that thing on me/When everybody went against me you ain’t change on me.” Meek’s personal letter to Nipsey also features Roddy Ricch.

The rapper tweeted after the tribute, “Letter to nip- every cent from this song made will go to Nipsey’s family!” Meek first performed the song during a massive Nipsey tribute at the Grammys that also included Kirk Franklin, DJ Khaled, John Legend, YG, and Roddy. After Meek kicked off the performance with “Letter to Nipsey,” the other performers came together to sing DJ Khaled’s “Higher.”

Nipsey was tragically shot and killed in front of his Marathon Clothing store in Los Angeles on March 21, 2019. He was only 33 years old at the time of his death. Nipsey won a posthumous Grammy at the 2020 ceremony for Best Rap Performance for his song “Racks in the Middle” with Roddy and Hit-Boy.

Nipsey is survived by his longtime girlfriend Lauren London and his two kids. Lauren attended the 2020 Grammys to accept Nipsey’s Grammy, along with Nipsey’s grandmother Margaret Boutte. “I speak on behalf of our family and in honor of Nip, who was a phenomenal vessel,” Lauren said in a speech. “Nip did it not just for the awards, but for the people. God allowed him to use this music to speak his truth, give his wisdom and something we will forever be able to live with.” 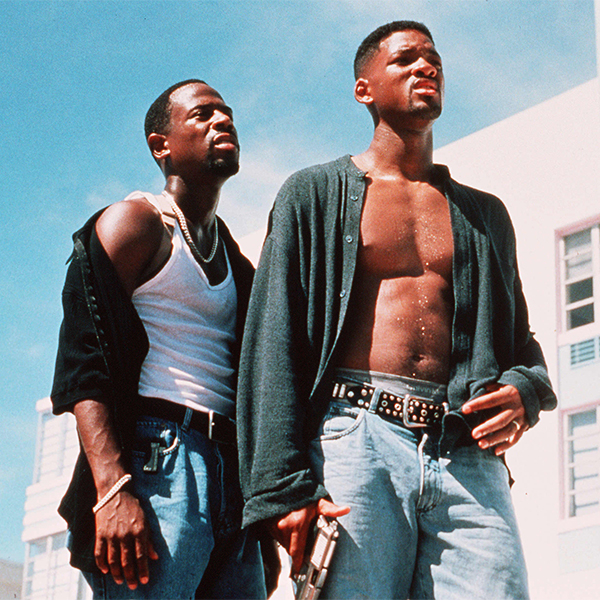 25 Secrets About the Bad Boys Franchise Have Come For You