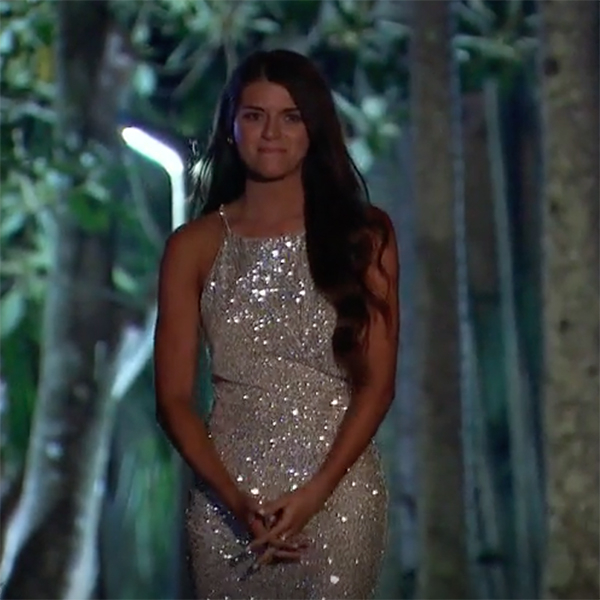 What’s a Bachelor to do when he’s in love with three women and the fantasy suites are on their way?

He’s going to sleep with at least one of them. Sorry, Madison!

In a new promo, exclusive to E! News, Peter admits that he’s in love with all three of his remaining girlfriends—Madison, Hannah Ann, and Victoria F.—and he has “no idea how [he’s] going to do this.”

The three ladies all also have to live together when they’re not on their dates, which is new and extra awkward, especially when Madison’s giving Peter quite the ultimatum.

“I wouldn’t be able to say yes to the engagement if you have slept with the other women,” she says.

“I have been intimate. I can’t lie to you about that,” Peter says.

With that, Madison gets up from the table and walks away, and the promo reminds us that we’re in for a “bombshell finale,” featuring that now classic shot of Peter’s mother crying and saying, “Don’t let her go, bring her home to us.”

Madison has yet to tell Peter that she’s waiting until marriage to have sex, though it seems like if she watched his season of The Bachelorette, during which he became famous for having sex four times in a windmill (while his mother cheered him on from the audience), she should have known what she was getting into.

In this week’s episode, Peter eliminated Kelsey after meeting her family and sampling some of that famous Iowa wine, and while he didn’t meet Victoria’s family after an ex of his showed up to warn him about her, he did keep her around.

We’ll find out who’s the next to go after the Fantasy Suites this Monday.

The Bachelor airs Mondays at 8 p.m. on ABC.

Ellie Goulding Responds to Criticism Over Her "40-Hour" Fasts