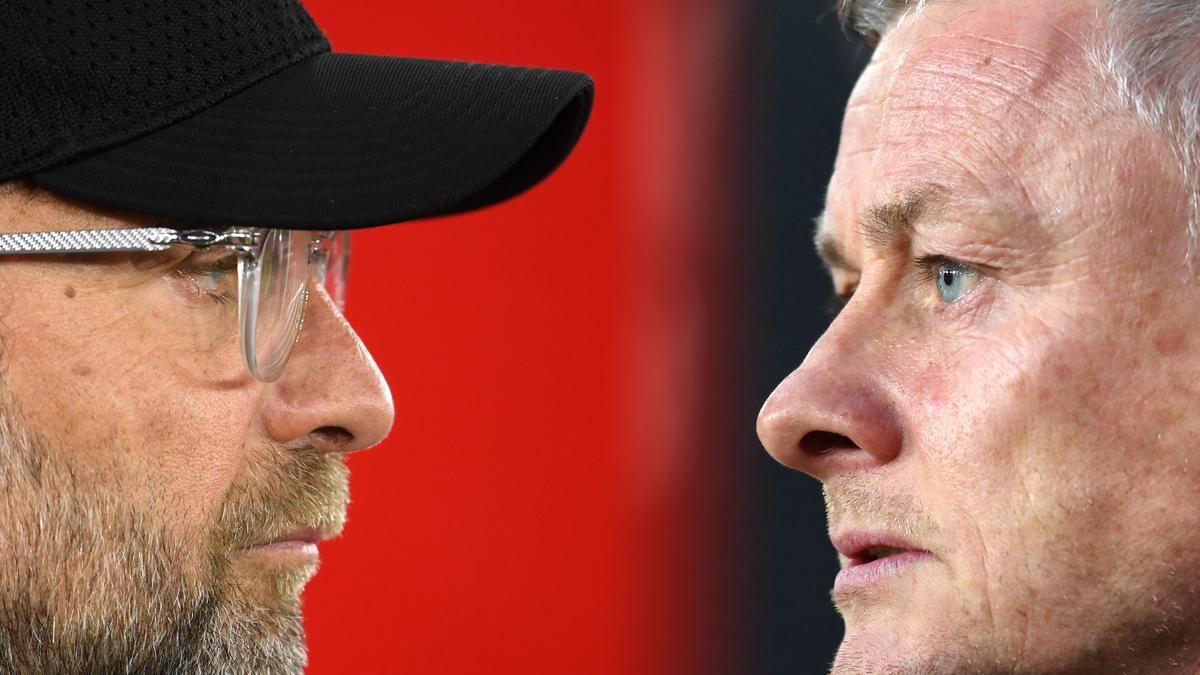 That’s the end of the first half and Liverpool has stamped its authority on its fabled opponent but would be disappointed in the scoreline being just 1-0. United will feel it is still in this contest with the narrow lead.

45′ + 2′ De Gea fists it away away from van Dijk before Robertson hits it behind for a goal kick.

Eighth corner for Liverpool. Liverpool looking to double its lead in the two minutes of stoppage time.

45′ Save from De Gea! Salah finds Mane free on the left and the striker takes a stinging shot with his left foot but straight at the ‘keeper. De Gea sticks out his left foot to make the save.

Pereira goes for a shot from distance which Alisson gets behind to collect it.

United with some sustained pressure on Liverpool heading into the half-time break. Can it nick an equaliser?

40′ United nearly equalise… Martial finds Wan-Bissaka’s run and he nods it across the face of goal which Pereira almost gets on the end of.

39′ Hold on.. We have a shot on goal from United. Fred finds Martial on the left and the Frenchman takes a shot from outside the box which doesn’t trouble Alisson in goal.

United defenders are arguing amongst themselves…

Goal for Liverpool!! … Offside… Firmino with a superb find to Wijnaldum on the left side channel and the midfielder slots it past De Gea but the offside flag goes up immediately. Still 1-0 to Liverpool.

34′ United is playing itself into trouble here as Liverpool twice the ball back outside the opposition half through Salah and Henderson. Shaw makes up for the errors by winning the ball back and taking it away from danger.

32′ Ball falls to Fred inside Liverpool’s half but he runs into traffic. Poor usage of the ball from Brazilian.

Five attempts on goal from Liverpool to United’s zero in the first 30 minutes.

27′ Delightful from Liverpool. Van Dijk with a long ping to find Salah and he puts into the area for Firmino to run into but his finish is wide.

Reprieve for United… but until how long.

25′ Firmino scores the second but United is complaining for a foul in the build-up. Van Dijk fouls De Gea as he goes up to collect the ball. VAR check and the goal is disallowed. De Gea is furious with the referee and gets booked for his protest.

23′ The ball finds its way on to the path of Firmino but he fails to pull the trigger quickly as the ball is taken off his path.

Anfield is loud and is enjoying every moment of this. Liverpool is strolling to its first Premier League title in the morning.

20′ Stoppage in play. Pereira has gone down holding his leg. He is okay to continue.

It’s all Liverpool at the moment.

18′  Free-kick for Liverpool on the right and Alexander-Arnold with another superb cross into the box which Van Dijk tries to get on the end of. Maguire gets in the way of it and send it behind for a corner.

Stat: Liverpool has never lost a game this season in which it has scored first.

Oxlade-Chamberlian wins a corner for Liverpool.

United has 52 per cent possession after 10 minutes of play. Very un-United like against the Big-Six this season.

10′ Robertson with a superb tackle to get the ball ahead of James. Alisson collects the loose ball.

9′ Mane gets his head to Alexander-Arnold’s free-kick and it goes wide of the far post.

8′ Matic catches Wijnaldum’s face with a high boot. Referee calls foul and a yellow for it.

6′ Robertson whips in a cross which deflects off Wan-Bissaka for a Liverpool corner.

5′ Van Dijk cuts out James’ low cross after he made a quick dash on the right side. Matic did well to find James.

4′ Liverpool looks to break after Pereira’s free-kick is dealt with but the defence splitting pass is too strong.

3′ Mane brings down Fred on the right side after United dispossess Liverpool off the ball high up in Liverpool’s half.

Both teams make their way out for kick-off.

Former United boss Alex Ferguson is taking up his seat at Anfield.

Quotes from Klopp in the pre-match build-up: ‘In the last game [in October] I didn’t see us there in the first half. Here today we can be a completely different animal, and that’s what we have to show. And then, it’s a football game against a strong opponent and we want to win the game.’

We are just minutes away from kick-off.

Some more good news coming the way of Liverpool as third-placed Leicester City goes down 1-2 at Burnley.

United starts with two left-backs in Luke Shaw and Brandon Williams. Shaw might start as the left centre-back while Williams will slot in as as the left wing-back in a 5-3-2 formation. No Greenwood in the first XI as Daniel James partners Anthony Martial in attack.

Liverpool is unchanged from its 1-0 away win over Tottenham Hotspur.

Ole Gunnar Solsjkaer has just confirmed that his top-scorer Rashford will be out for weeks with a back injury. That’s a big blow for United in its bid to fight for a top-four place, FA Cup and League Cup semifinals.

Liverpool can widen the chasm between itself and Manchester United to a staggering 30 points if it comes out on top in the battle between England’s two most successful clubs at Anfield on Sunday.

Jurgen Klopp’s men look destined to end a 30-year wait to win the top-flight title, with a 14-point lead over defending champion Manchester City plus a game in hand.

United is a further 13 points back, having also played a game more than its rival, and in need of a strong end to the campaign to avoid failing to qualify for the Champions League for a second consecutive season.

Ole Gunnar Solskjaer’s men are, however, the only side to have slowed Liverpool’s relentless march towards the Premier League title.

The 1-1 draw between the teams in October was the only time the European champion has dropped points this season. It has now set a record for Europe’s top five leagues, with 20 wins from its opening 21 games.

“Our team have a winning mindset. We always think about the next game, we don’t look too far ahead,” said Liverpool goalkeeper Alisson Becker, who has conceded just one goal in his past 10 games.

“We focus upon what is within reach at the time and we do everything possible to make sure we leave the pitch with a win and this has contributed to the great results this season.”

The Brazilian number one will be confident of another clean sheet on Sunday, with United’s top scorer Marcus Rashford a serious doubt after lasting just 15 minutes as a second-half substitute in Wednesday’s 1-0 win over Wolves in the FA Cup.

“I didn’t want to play him, but we needed the win. It has backfired,” admitted Solskjaer. 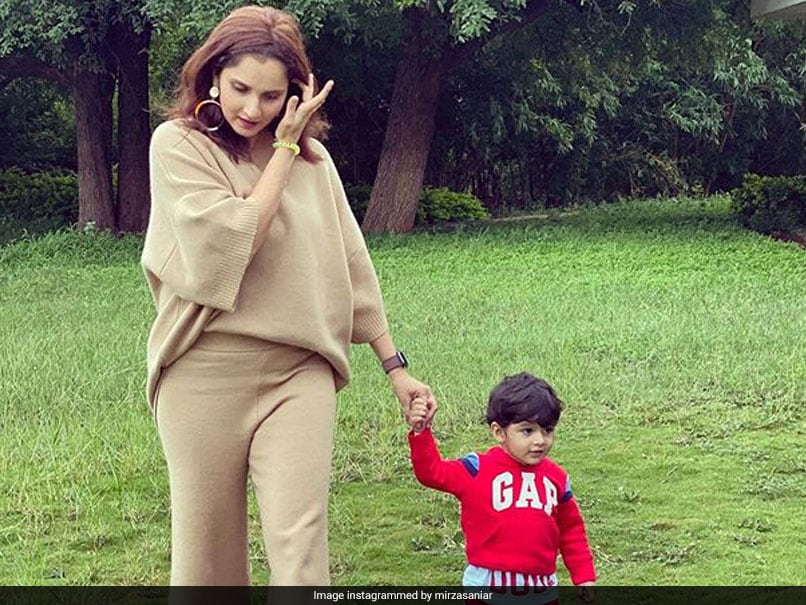 “You Are Part Of Me”: Sania Mirza Shares Cute Pics With Son Izhaan | Tennis News 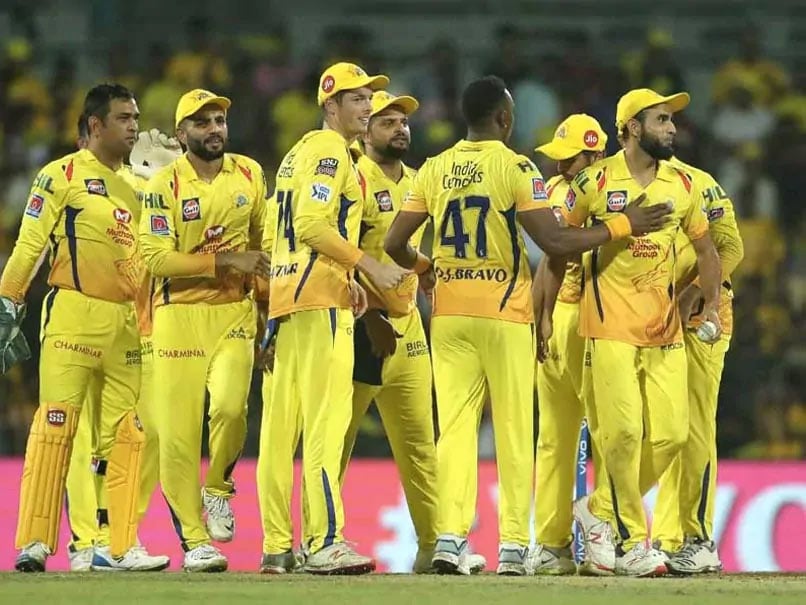 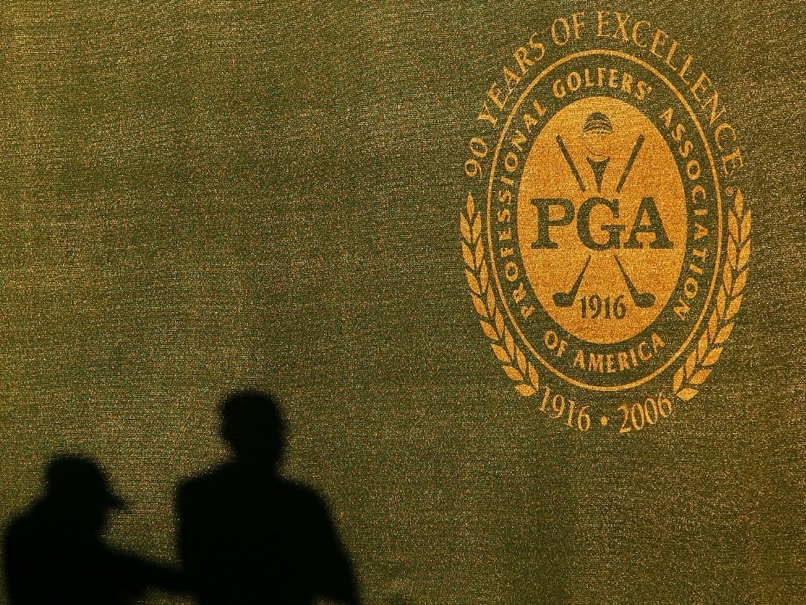