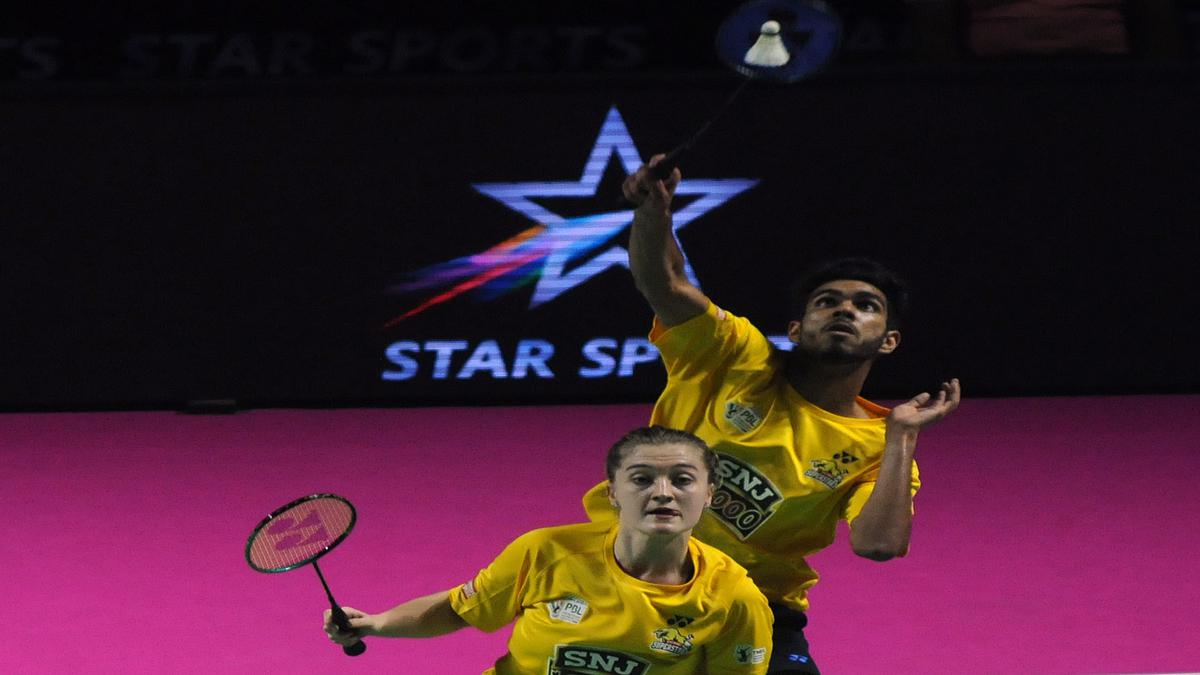 We are all set for the last tie of the Chennai leg where the home team – Chennai Superstarz — is taking on defending champion Bengaluru Raptors in a southern derby.

We saw a tie that went right down to the last match, with thrilling performances from Cristinna Pedersen, Ko Sung Hyun and Subhankar Dey give them a hard-fought 4-3 win.

For NE Warriors, Bodin Isara and Kim Ha Na fell short right at the start, but Bodin seemed to have a whale of a time on the bench cheering his mates on. But the star of the night for the side has to be 19-year-old Krishna Prasad Garaga who almost took his team through in the men’s double game.

You can go through the proceedings of tie 4 as it happened here or click here for the match report by Dominic Richard.

In other news, Roger Federer came through a pulsating five-setter in the third round of the Australian Open against John Millman. Federer, who was a break down in the fifth set, prevailed in the super tie-break. For more on the thrillier, click here.

13-9: Sai hangs in there finishing on the right side of an excellent rally – 49 shots. There were some brilliant retrieves from Sai there. He certainly deserved  that point. But is it too late now?

12-7: Another long return from Sai to concede a five-point lead. It will be very difficult to make a comeback now.

11-7: Sai Praneeth desperate for points, is playing quite aggressively now.

9-5: Losing count of the number of rallies this game has witnessed. A dipping return catches Sai Praneeth short.

8-5: Sugiarto takes a three-point lead in the deciding game.

Tommy takes a medical checkout, gets a pain-relieving spray on his right hand. No major trouble, as far as we can see.

5-5: Another rally ends with a half smash across the corner for Sugiarto. He is now level 5-5.

1-3: After letting Sai Praneeth take the early advantage, a forceful Sugiarto pushes Sai to the corners and finishes with a beautiful cross court smash. Arcing to his left, Sugiarto targets the diagonal corner for a winner.

0-1: Sai Praneeth is in the zone. Comes with a 300 kmph smash down the line take the first point in the decider

10-15: Sai Praneeth with back-to-back winners. He takes the game after a net error from Sugiarto. There was no stopping Sai there.

10-12: An angry smash from Sai Praneeth after misjudging a let.

9-10: Rallies continue, this time Sugiarto has the last laugh with an effective cross-court smash.

Sugiarto’s reach has been quantified: He has been stretching nearly 3m for returns and is jumping a height of 2.9m to smash.

7-6: Three consecutive points for Sugiarto. It has been a familar script for Sai so far. A strong start followed by a jittery run in the middle – he is yet to win a single match this year.

6-2: Sugiarto tries to break Sai Praneeth’s momentum with a challenge. That smash was well within the sideline. No harm done.

2-2: Exhausting rallies but the two are holding their ground well.

1-1: The home crowd is fully invested in this engaging battle. The two are playing high-quality badminton.

15-13: Sai Praneeth tried his best to make a comeback, but Sugiarto keeps his cool to take the first game.  Sai Praneeth made life difficult with his placement, but a stretching Sugiarto made some impressive returns to cancel out what looked like certain winners from the Indian.

13-11: Satwiksairaj approves of that return from Sugiarto. He has been in a joyful mood throughout this week and does a sitting bhangra after Sugiarto inches closer to sealing the first game.

12-11: The shuttle was curving in, Sai fails to see that and misjudges a let.

10-8: A brilliant rally – drops, smashes, net dribbles; it was a delightful rally. Sugiarto fails to retrieve one quite close to the net to hand Sai Praneeth the point.  He would be mighty pleased with that one.

4-8: Sai Praneeth’s angled smashes are a delight to watch. Deceptive and effective, he deploys that shot yet again to take an 8-4 lead. It must be remembered that Sai Praneeth began well in his previous match as well. The focus, now, should be to sustain the momentum.

3-7: We must admit we got slightly distracted by Federer’s victory, but we are back. Sai Praneeth gets a good start against an in-form Tommy Sugiarto.

8-15: BENGALURU WINS THE MATCH AND POCKETS TWO POINTS. It was quite an easy win for the Raptors. For the first time this year, Chennai concedes the first match.

8-13: Back-to-back misses from Dhruv and the Raptors are two points away from gaining two points from their trump match.

7-10: The spectators are rooting for Jessica and she comes with a fabulous smash to close a tough rally.

6-10: The crowd tried to cheer up the home team with some vociferous chants but no change in fortunes yet for the Superstarz.

7-6: Eom Won’s misjudges a let call, attempts a return a second too late for a weak return and concedes the point.

5-4: Chan Peng comes down hard with a smash to catch Jessica in an uncomfortable spot. The experienced pair finishes on the right side of the 36-shot rally.

4-3: Jessica and Kapila, cheered on by the home crowd, have risen up to the challenge in the second game.

2-3: Jessica capitalises on a weak serve to close the point with a smash.

1-0: Two points at stake in the first match for Raptors.

7-14: Dhruv saves a match point with a push to the baseline.

5-10: Jessica’s unwavering focus has stood out in the tournament so far. She comes up with a couple of aggressive returns to give Chennai’s score a push.

2-9: The Malaysian-Korean pair have been too good so far, resorting to body smashes to win easy points. Jessica and Dhruv had defeated the experienced pair of Kim Jung and Pia Bernadeth in the match against Mumbai Rockets.

1-7: Chennai hasn’t had much success after winning the first point of the night though a terrific smash from Jessica Pugh. Trumps Peng Chan and Eom Won have forced Dhruv to err and race to a 1-7 lead .

Bengaluru Raptors has opted for the mixed doubles pair to take on the trump duty tonight. Given Chennai’s record of sealing the tie within the first three matches this week, Bengaluru has placed its bet on the first match of the night. Gayatri Gopichand set for another big night as she faces World No. 2 Tai Tzu Ying. Bengaluru Raptors suffered a 4-3 loss against