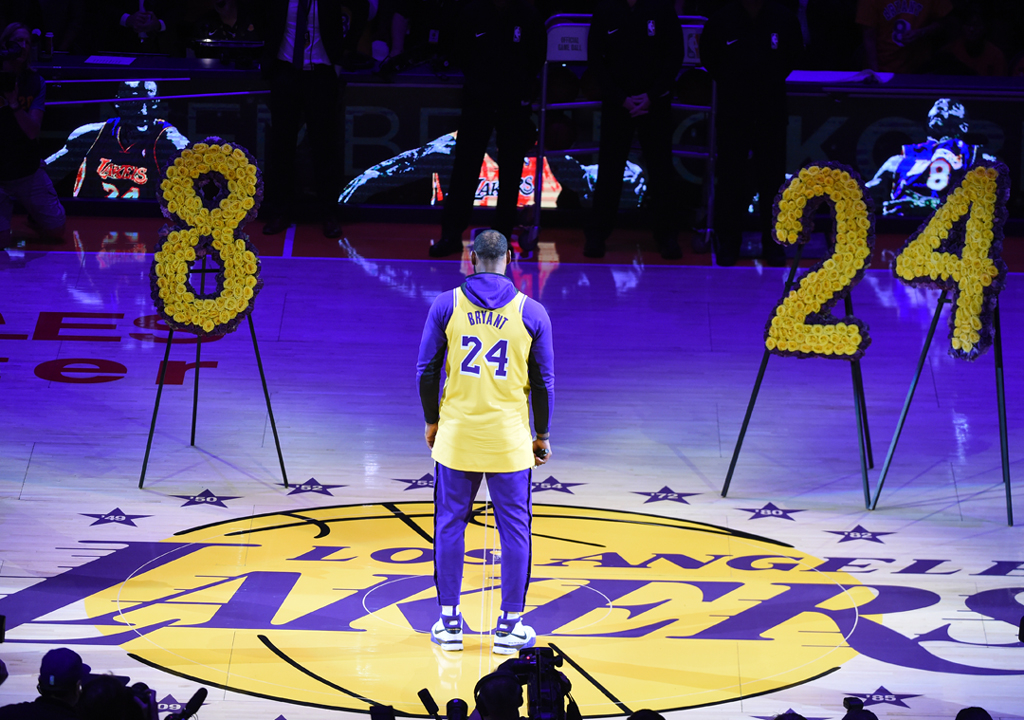 This one’s for Kobe Bryant.

“I’ve gotten something written down,” Lebron shared, before scrapping his pre-approved remarks to “go straight from the heart.”

In Lebron’s words, “The first thing that comes to mind is all about family. And as I look around this arena, we’re all grieving, we’re all hurt, we’re all heartbroken. When we’re going through things like this the best thing you can do is lean on the shoulders of your family.”

“I heard about Lakers Nation before I got here… about how much of a family it is, and that is absolutely what I’ve seen this whole week,” he added. “Not only from the players, not only from the coaching staff, not only from the organization but from everybody. Everybody that’s here… This is really, truly a family. And I know Kobe and Gianna [Bryant] and Vanessa [Bryant] thank you from the bottom of their heart.”

“I know at some point we will have a memorial for Kobe but I look at this as a celebration tonight,” Lebron declared. “This is a celebration of the 20 years of the blood, sweat, tears, the broken down body, the getting up, the sitting down, the countless hours, the determination to be as great as he could be.”

“Tonight we celebrate the kid who came here at 18 years of age, retired at 38 and become the best dad that we’ve seen over the last three years. Tonight is a celebration.”

Lebron then described Kobe as a “brother,” saying that that despite their years as opponents, “The one thing that we always shared was the determination to win and be great.”

“The fact that I’m here means so much to me. I want to continue on with my teammates to continue his legacy, not only for this year but as long as we get to play the game of basketball that we love because that’s what Kobe Bryant would want.”

Prior to tonight’s game against the Portland Trailblazers, Lebron debuted a new tattoo dedicated to Kobe.

For more details and photos from inside the tribute, which included performances from Usher and Boyz II Men, click here.