Heidi Montag and Audrina Patridge have traded in Hollywood for Music City.

On tonight’s all-new Very Cavallari, The Hills stars paid a visit to Nashville in order to catch up with longtime friend Kristin Cavallari. This visit couldn’t have come at a better time as the Uncommon James mogul was still struggling following her fall out from ex-BFF Kelly Henderson.

“It’s really made me miss a lot of my old Hills friends,” Cavallari expressed in a confessional. “I’ve actually been texting with Audrina and Heidi a lot. So, I really would love to see them and just have some girl time and reconnect.”

As Kristin told husband Jay Cutler, Heidi and Audrina both have been “burned by people in the past” and come from the same reality TV world. While Kristin became acquainted with Audrina on The Hills, she noted that she’s known Heidi since was 18 years old.

“Audrina, Heidi and I have so much in common. Not only do we have this bond for life from being on these shows together, but we’ve been through a lot of the same stuff,” the mother of three added. “You know, people using you or people being in your life for the wrong reasons and so I’m just really thankful that I still have them in my life.”

Furthermore, Cavallari touted the “trust and support” she still receives from her MTV peers all these years later. Thus, she was more than thrilled when Heidi and Audrina actually made it to Nashville.

Unsurprisingly, Heidi and Audrina got a kick out of the fact that Kristin lives in the country on a farm. Still, Kristin wasn’t the only one who has changed as all three women are now moms and have grown up from their 20-something Hills days.

In fact, the Nashville trip marked the first time Heidi was away from son Gunner Stone. Thankfully, husband Spencer Pratt had things under control back in Los Angeles, giving Heidi the opportunity to let loose.

“They’re so solid. All the drama and all the stuff that’s thrown at you during filming and not filming and the press, they have stuck it out,” Audrina praised in regards to Heidi and Spencer’s relationship.

Fun fact: It was actually Kristin who introduced the famous Speidi duo. Per the lifestyle mogul, Heidi “loved him the moment [she] saw him.”

The ladies continued to walk down memory lane at dinner as Kristin and Audrina laughed about their old feud over Justin Bobby Brescia.

Next memory on deck? Kristin’s housewarming party where Heidi debuted her plastic surgery.

“That was when you came in post-surgery and we were like, ‘Oh my god, Heidi, you look amazing!’ Cavallari shared.

“Like, ‘What? I can’t hear you! I can’t talk! I’m plastic and fantastic,”https://www.eonline.com/” Heidi joked in response. “I almost died. That doctor had me fully over committed. They should put me on Botched.”

In an attempt to find Audrina a “honky tonk man,” The Hills veterans continued their evening at a local bar. While the outing felt “like being on The Hills,” Cavallari noted that they didn’t get too wild.

After popping some champagne, Heidi and Kristin set Audrina up with a “modern cowboy.”

“She likes you,” Heidi added on.

Despite being mortified, Audrina found herself dancing with the dashing local. As the night went on, Heidi wound up on stage and line dancing her heart out.

Still, the night wasn’t without some drama. The next day, Audrina informed Kristin that a guy approached her outside the bar and weighed in on the Kristin/Kelly drama.

“This guy came up to me, he was like, ‘We have someone in common. My best friend is Kelly and Kristin is a bitch,”https://www.eonline.com/” The Hills: New Beginnings star relayed.

According to Audrina, she defended Kristin and made the mystery man see her side of things. “So I was like, ‘You know, if you think Kristin’s a bitch, at least she’s black or white,” the Sorority Row actress continued. “https://www.eonline.com/”There’s no grey, Kristin’s very straightforward. You know exactly where she stands and that’s respectable.”https://www.eonline.com/”

Of course, Kristin appreciated Audrina’s support and felt “validated” after hearing about this encounter.

What was your favorite moment from Kristin’s mini Hills reunion? Be sure to let us know.

Watch a brand new episode of Very Cavallari Thursdays at 9 p.m., only on E! 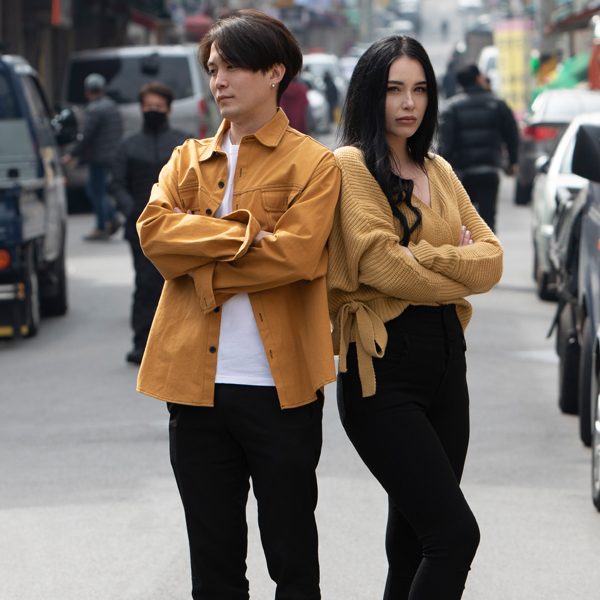 Why Didn’t 90 Day Fiancé: The Other Way’s Jihoon Get a Job? He Says He Wanted to Nap… – E! Online