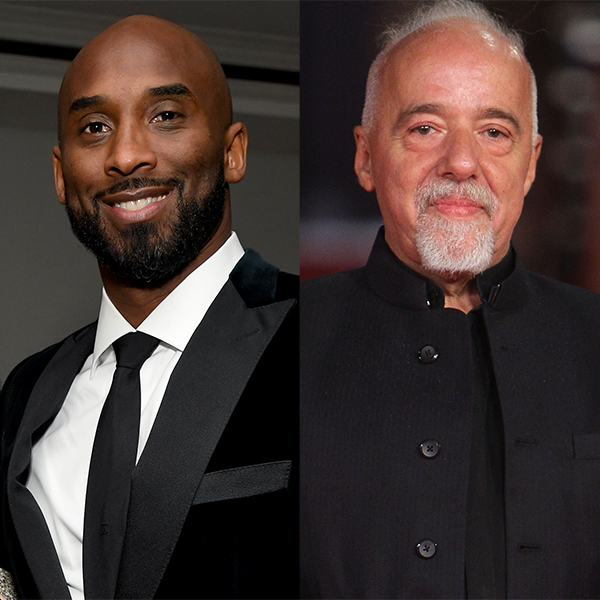 Kobe Bryant had been working on a children’s book before his tragic death. Now, his co-author, Paulo Coelho, is deleting the draft.

“You were more than a great player, dear Kobe Bryant,” the writer tweeted on Sunday after news of the basketball star’s passing broke. “I learned a lot by interacting with you. Will delete the draft right now, this book has lost its reason.”

He also shared a screenshot of an August 2019 text exchange with Bryant in which the Lakers legend wrote, “Let’s right that book together” before correcting his typo.

Many fans urged Coelho to finish the book in Bryant’s honor.

“With all due respect, I don’t think you should delete it,” one follower replied, “rather take your time, finish it and publish it as a tribute to him.”

“Please don’t delete,” tweeted another, “finish it in his memory if you can.”

Others argued the decision should be left up to Bryant’s family.

During an interview with the Associated Press, Coelho said he “deleted the draft because it didn’t make any sense to publish without him.”

“It wouldn’t add anything relevant to him or his family,” Coelho told the AP, per HuffPost. “That doesn’t stop me from writing someday about things I learned from Kobe and how much of a larger than life person he was. But the children’s book did not make sense anymore.”

As for the idea behind the book, Coelho claimed it was meant to inspire underprivileged children to overcome adversity through sports.

“Kobe was always very concerned about making a book that was a positive example for children, especially those coming from humble beginnings,” Coelho continued, per HuffPost.

According to the interview, Coelho said the two initially discussed the project in 2016—after Bryant retired from the NBA—but didn’t start working on it until a few months ago.

You were more than a great player, dear Kobe Bryant. I learned a lot by interacting with you. Will delete the draft right now, this book has lost its reason pic.twitter.com/pZWyT8xObw

Coelho is the author of The Alchemist, which was reportedly one of Bryant’s favorite books. Bryant’s multimedia original content company Granity Studios also published books, including The Mamba Mentality: How I Play and young adult novels.

Bryant died in a helicopter crash on Sunday, Jan. 26. He was 41 years old. His 13-year-old daughter Giannia also died in the tragic accident along with seven others.

After news of the deaths broke, several celebrities and athletes paid tribute to Bryant on social media. There was also a moment of silence at the 2020 Grammy Awards in his honor.

Willow Smith Confesses She Was Insecure About ‘Kinky’ Hair Growing Up: ‘It Was Just A Struggle’