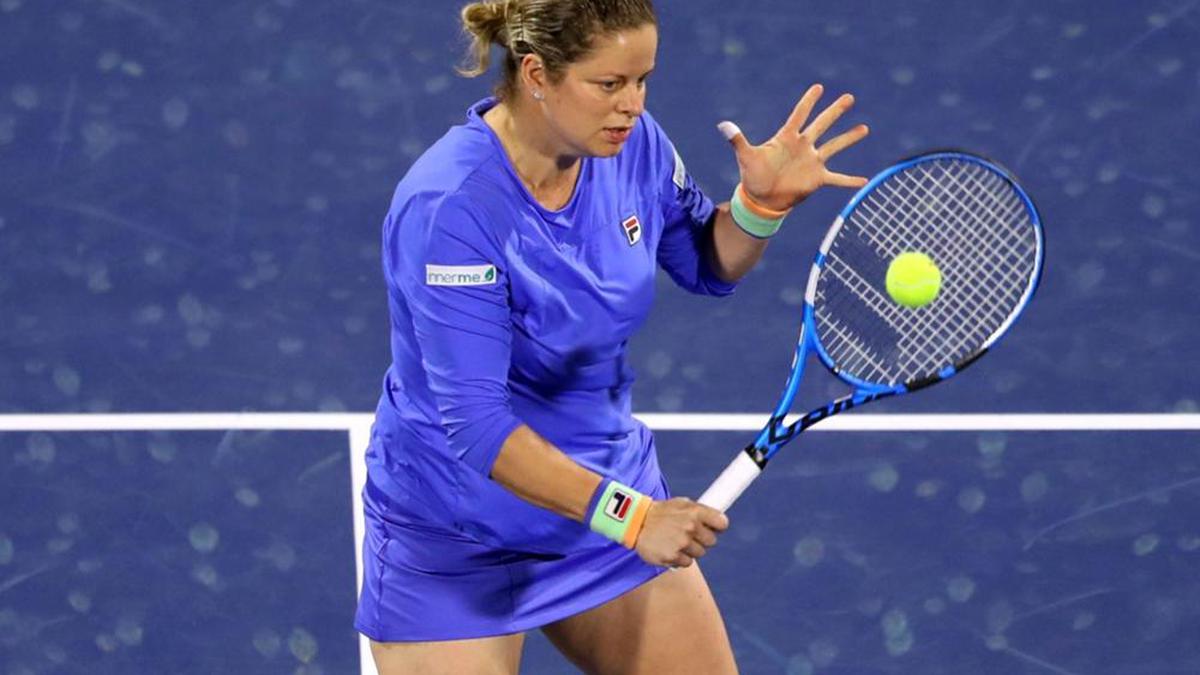 Kim Clijsters was denied a dream return to the WTA Tour as she was beaten in straight sets by Garbine Muguruza at the Dubai Tennis Championships.

Playing her first match since losing to Laura Robson in the second round of the US Open in August 2012, the Belgian was rusty at times as she racked up 10 double faults and gave up 15 break points.

However, Clijsters’ fight and impressive groundstrokes in the second set would have given her plenty of hope for the months ahead.

Clijsters’ opponent changed when Kiki Bertens withdrew from the event after winning in St. Petersburg, but in-form Muguruza represented a similarly daunting first task in her comeback contest.

The 36-year-old was broken in a 10-point opening game and dropped serve again later in the first set.

She forced her first break points as Muguruza served for the opener at 5-2 but could not convert three opportunities as the Spaniard held.

A slow start also impacted four-time major champion Clijsters in the second set, as Muguruza claimed an immediate break and then struck once more in her opponent’s next service game to move 3-0 up.

She won the first two points of the breaker only for her younger rival to go on a streak of four that included a superb cross-court forehand winner.

At 6-5 in front, Muguruza hit a forehand long on her opening match point but she ultimately sealed victory with her next opportunity thanks to an unreturned serve