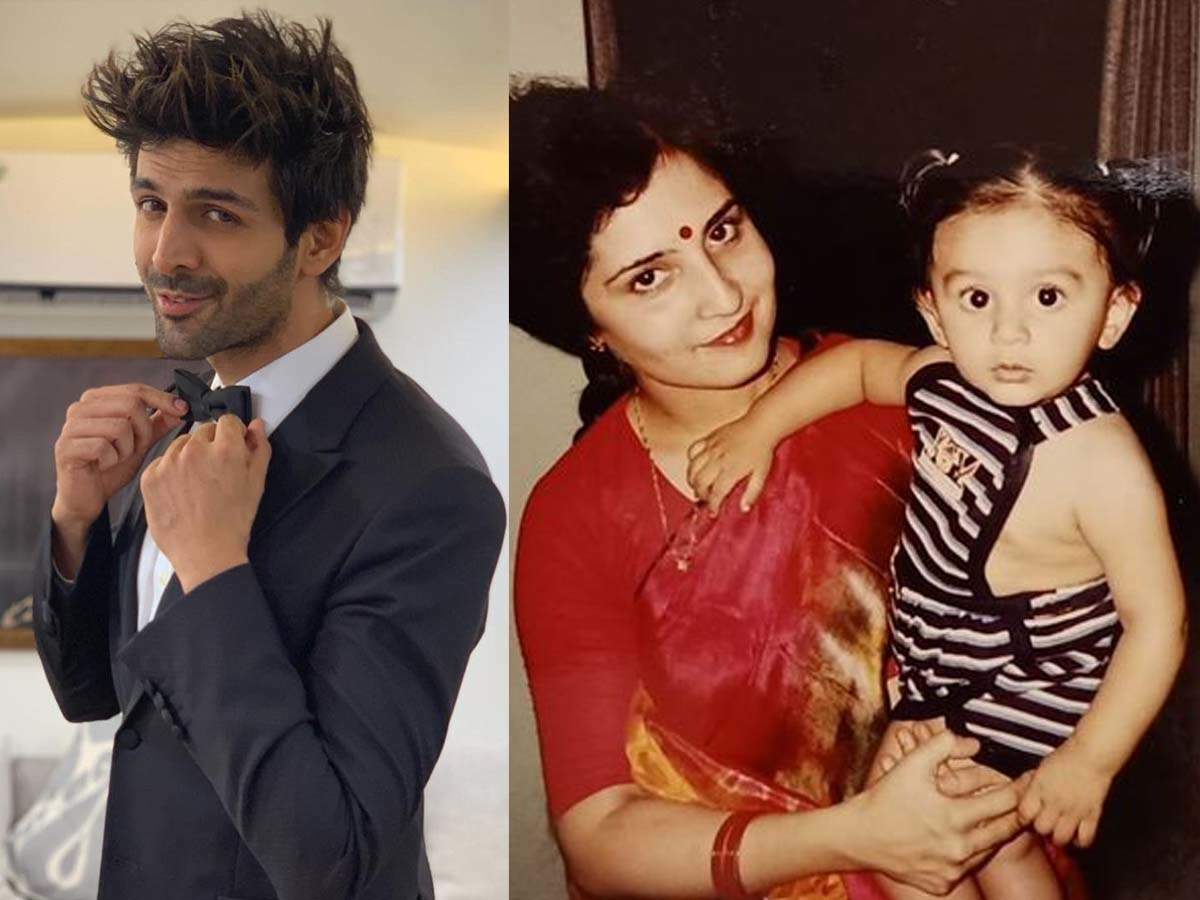 Kartik Aaryan is currently enjoying the success of her last release ‘Pati Patni Aur Woh‘ which starred Bhumi Pednekar and Ananya Panday along with Kartik.

The actor who is quite active on social media and keeps his fans updated about his day to day activities. Kartik shares a close bond with his mother and today, he took to his Twitter to wish his mom on her birthday. Sharing a childhood picture where his mother can be seen carrying the actor in his arms. Kartik looked absolutely adorable with his long hair tied into two ponies. He captioned the post, “Happy Birthday to my Fav Hairstylist Love you

On the occasion of his mom’s birthday, the actor along with his mother and father visited the Juhu temple. He even clicked some pictures with his fans who were gathered to catch the glimpse of the actor.

Meanwhile, on the work front, the actor will be next seen in Imtiaz Ali‘s romantic drama with Sara Ali Khan. The film will hit the theatres this Valentine’s Day i.e. February 14, 2020.

He will also feature in Colin D’Cunha‘s ‘Dostana 2’ with Janhvi Kapoor and Lakshya. The actor recently completed the first schedule of the film. The project is backed by Karan Johar.