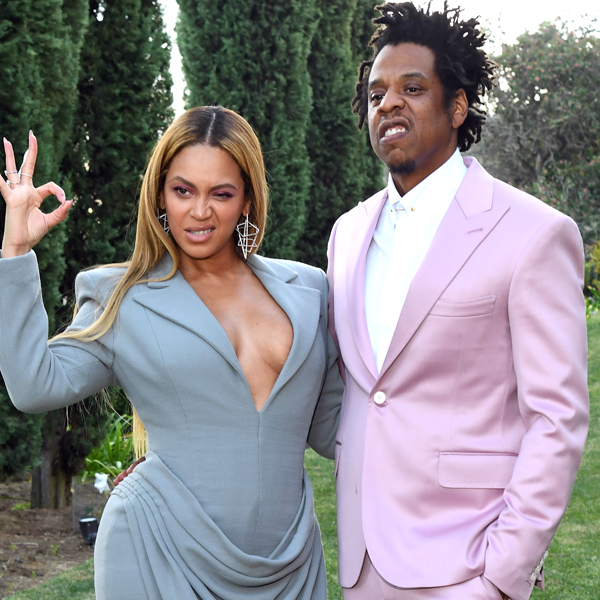 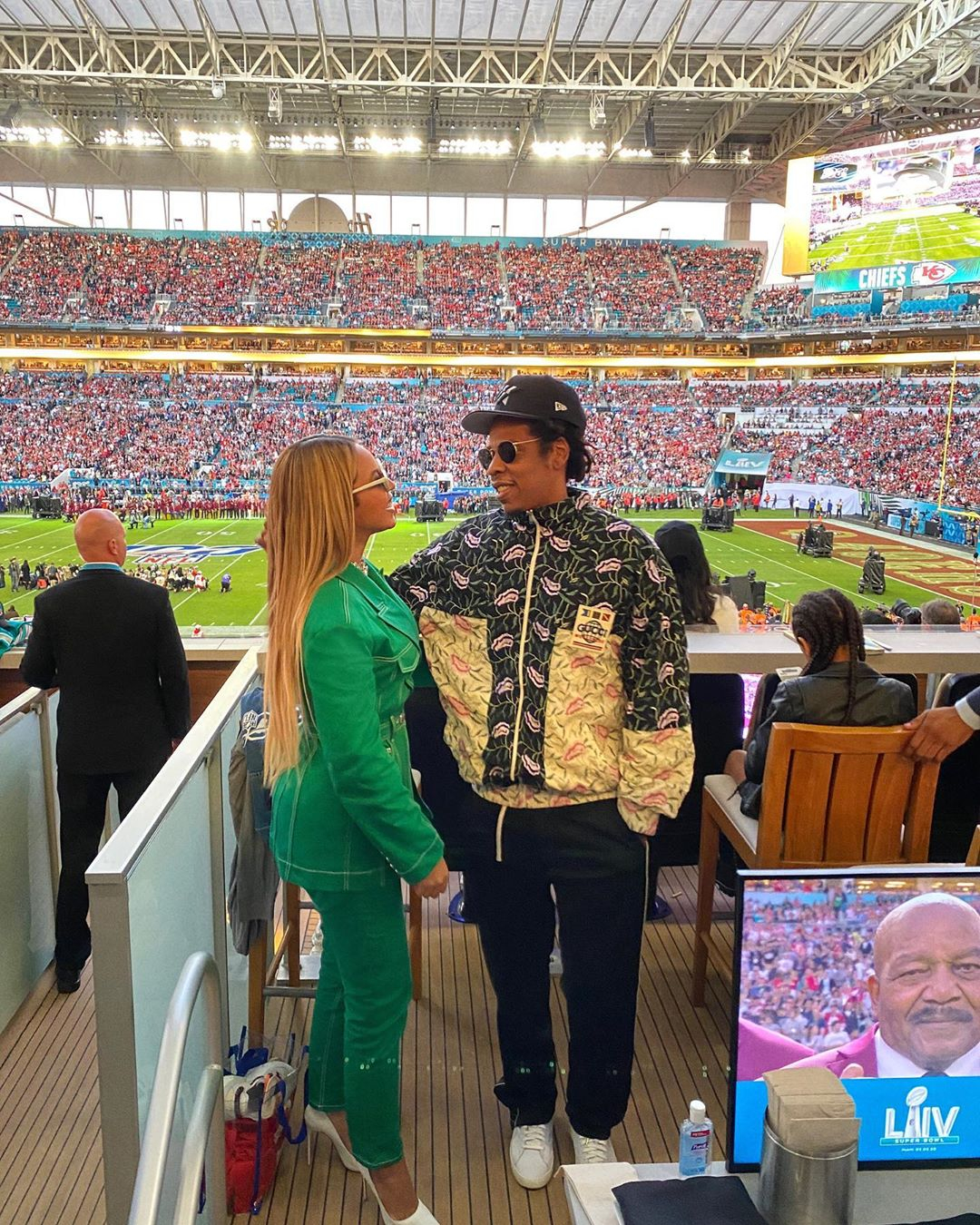 Jay-Z is setting the record straight after he and Beyoncé stirred controversy for remaining seated during the 2020 Super Bowl‘s national anthem presentation.

The rapper addressed the backlash during a lecture series Q&A at Columbia University on Tuesday night. Jay-Z—who co-produced this year’s halftime show and is a partner of the NFL—denied that by not standing up for Demi Lovato‘s performance, he and Bey were making a subtle political statement.

“It actually wasn’t—sorry,” Jay-Z said, according to Page Six. If he had been sending a message, Jay explained, “I’d tell you… I’d say, ‘Yes, that’s what I’ve done.’ I think people know that about me.”

As he described it, “What happened was, we got there, we were sitting, and now the show’s about to start. My wife was with me and so she says to me, ‘I know this feeling right here.’ Like, she’s super nervous because she’s performed at Super Bowls before. I haven’t. So we get there and we immediately jump into artist mode… now I’m really just looking at the show. Did the mic start? Was it too low to start? …I had to explain to them [that] as an artist, if you don’t feel the music, you can’t really reach that level.”

Jay went on to say that he and Beyoncé were deep in discussion about how “proud” they were of Demi when the performance concluded. “…Then my phone rang. And it was like, ‘You know you didn’t…’ I’m like, ‘What?”https://www.eonline.com/”

The outlet reports that the Grammy winner also said they wouldn’t put daughter Blue Ivy Carter “in that position,” adding, “And if anyone who knows Blue … If we told her we were going to do something like that, you would have seen her attacking me 100 times. She’s the kid that gets in the car and closes the door and says, ‘Are we there yet, daddy?’ So she would say, ‘What time? Are we doing it? Are we doing it now? It’s 7:05, daddy… It’s 7:06.”https://www.eonline.com/” 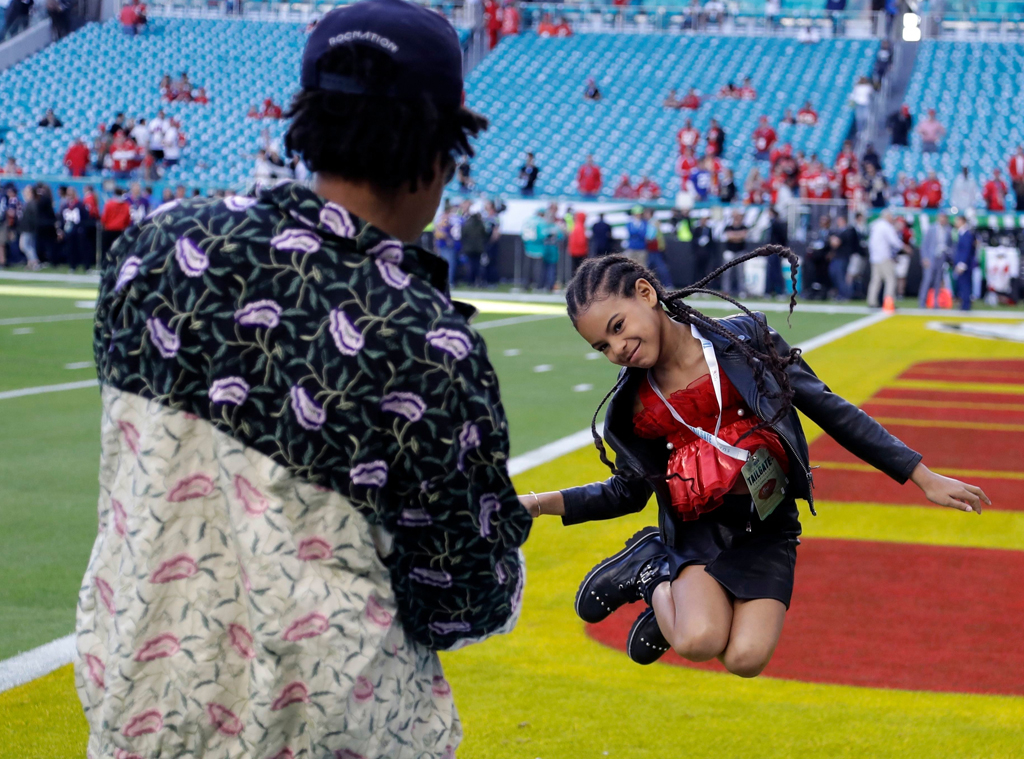 All in all, Jay assured those present at tonight’s event that he “didn’t have to make a silent protest” thanks to Jennifer Lopez and Shakira‘s fiery halftime show.

“If you look at the stage and the artists that we chose—Columbian [Shakira] and Puerto Rican J.Lo—we were making the loudest statement,” he noted. 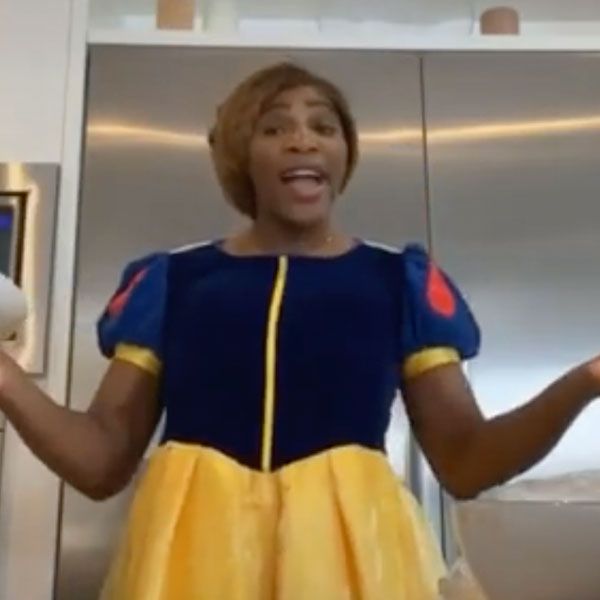