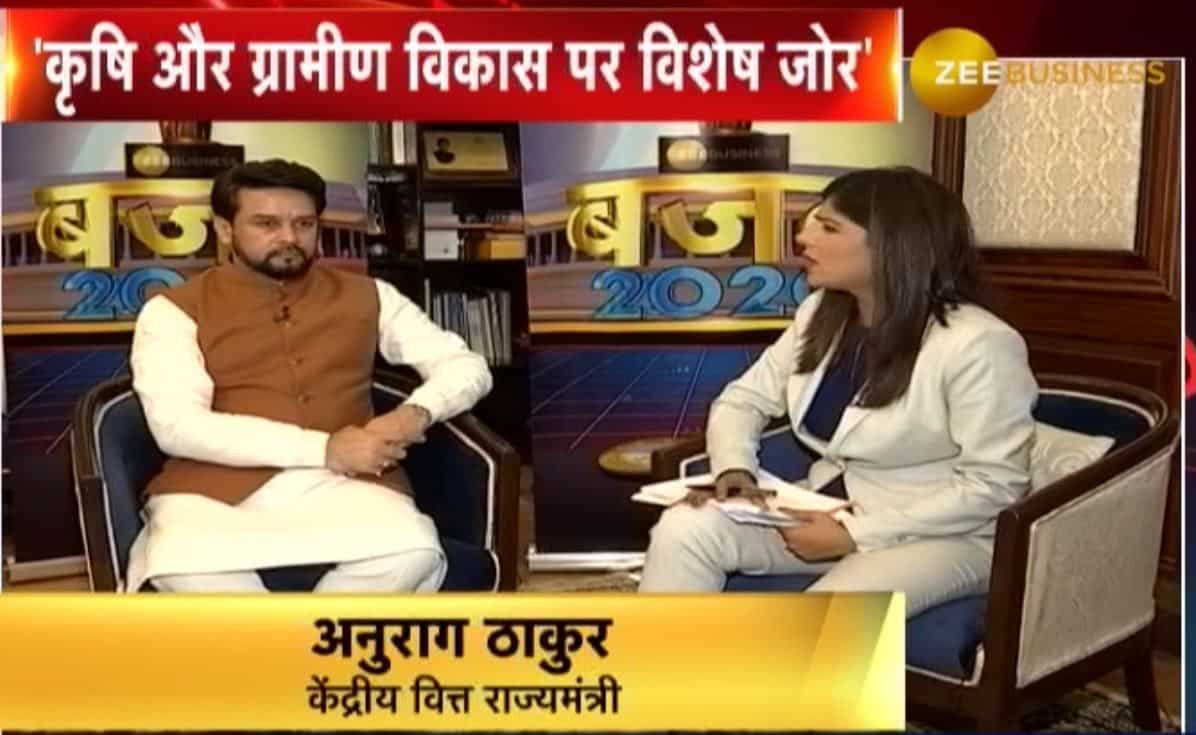 Anurag Thakur, Minister for State for Finance, talks about the budget and why it can be termed as a budget for New India during a short chat with Swati Khandelwal, Zee Business. Excerpts:

Q: It was expected that there will be a discussion of growth and infrastructure allocations will be announced. There will be a focus on some sectors but it didn’t happen and its impact was felt in the market, which crashed by almost 1000 points. What is your view on it, do you think that people were not able to get the actual idea behind it or there is a problem?

Subsidy worth Rs2.27 lakh crore is provided on three sectors, namely food, fertilizer and petroleum products. Apart from this, there are schemes like Pradhan Mantri Kishan Yojna among others that benefit the farmers’ segment as well as poor people. This year’s budget is a Jan-Jan’s budget because it talks about the social schemes and has something for everyone like SC, ST, women and youths of the country. On the other hand, the tax exemption for start-up’s has been increased from 3 years to 5 years. The issue of angle tax has been sorted out. Similarly, the issue of long term capital gains (LTCG) was resolved, earlier and have provided facilities to do better.

There are things to encourage foreign as well as domestic investments in the manufacturing sector. The corporate tax cut from 30% to 25% was announced earlier. Zee Business had launched a campaign

Besides, Zee Group has launched an initiative seeking a cut in the individual tax rate and you can see that the tax rate was cut two times for the individual tax within one year, between January 2019 and January 2020. And, there has been a corporate tax cut as well. Thus, your and public demand has been met.

Q: You have definitely reduced the personal income tax rate but not for all the slabs. There is no slab change for those with an annual income of Rs15 lakh and more. So, will you like to say something to them and can they expect that they can wait for something till the next budget is announced?

A: You would have seen that people in the income group up to Rs5 lakhs will not have to pay any tax. Perhaps, no one would have even thought that it can happen in India. They also would have not imagined that the number of taxpayers will double in itself. But, things have changed in just 3 years and the number of taxpayers has doubled in itself and there is a huge increase in tax collections. All this has happened just because the taxpayers have started paying taxes and they are honest while doing so. At the same time, the Modi government has also honoured taxpayers and has said that the taxpayers (करदाता) should be respected and we will continue with it.

Microsoft could buy TikTok for as much as $30 billion