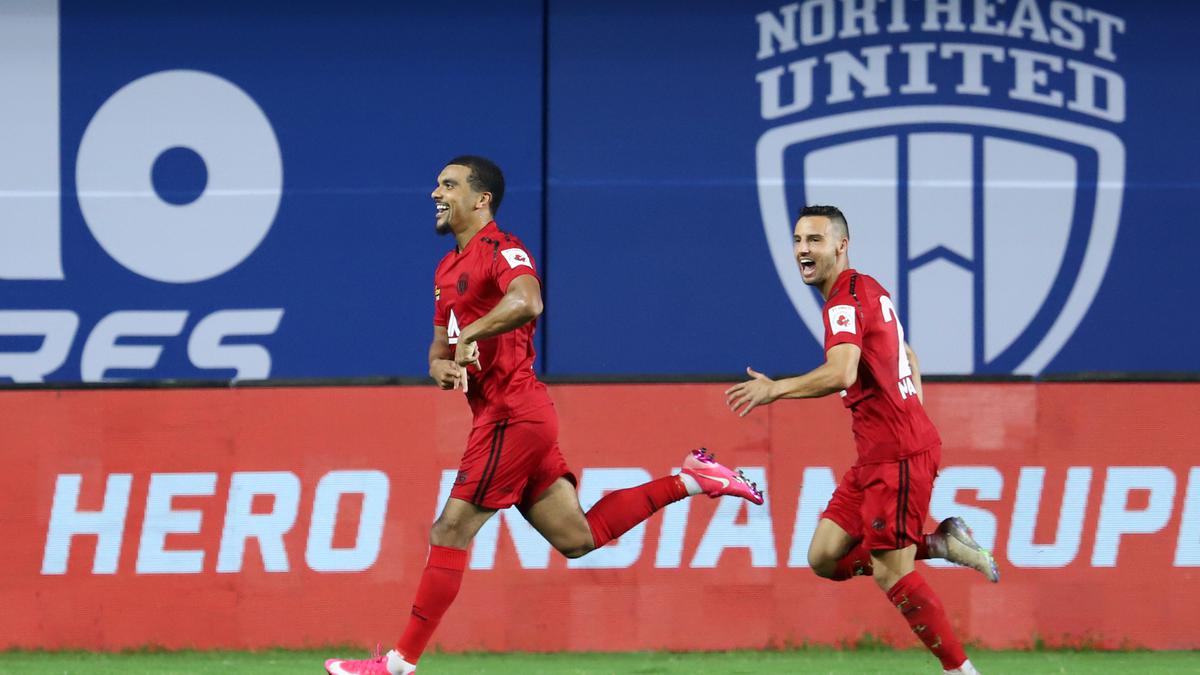 NorthEast United FC, which hasn’t won its opening game in the Indian Super League since 2016, finally broke the curse as it defeated 10-man Mumbai City FC 1-0, thanks to a Kwesi Appiah spot-kick, at the Tilak Maidan in Goa on Saturday.

While NEUFC manager Gerard Nus began his ISL sojourn with a win, MCFC created an unwanted record by becoming the first Sergio Lobera managed-side to not register a single shot on target in an ISL outing.

Lobera surprisingly decided to leave out Mourtada Fall, the defender with the most goals in ISL history, and played Hernan Santana and Sarthak Golui in central defence. However, the duo was hardly troubled as Mumbai maintained over 70 per cent possession in the first-half. But Jahouh’s red card in the 43rd minute allowed NEUFC back into the game.

The Moroccan midfielder lunged in from behind on Khassa Camara and made contact just above the ankle. Referee R. Venkatesh, who had a clear view of the incident didn’t hesitate in giving the marching orders to Jahouh. From there on, it was always going to be difficult for the Islanders in the second-half.

Two minutes into the second half, from a NEUFC corner, centre-back Dylan Fox headed the ball into the six-yard area which struck the arm of MCFC midfielder Rowllin Borges. NorthEast was awarded a penalty and Ghanian striker Appiah sent goalkeeper Amrinder Singh the wrong way before slotting in his kick to give his side the lead.

Later, despite multiple attacking substitutions, both teams struggled to create clear-cut chances throughout the rest of the game. The forwards from both sides were wasteful upfront, managing only two shots on target all game.

Mumbai, which won eight corners, was unable to test NEUFC custodian Subhasish Roy Chowdhury even once. In the end, the Highlanders held on to the slender lead and bagged all three points.

Meanwhile, with Michael Soosairaj stretchered off in the opening game, the injury bug bit again as Raynier Fernandes was withdrawn in the 26th minute after injuring his groin muscle.