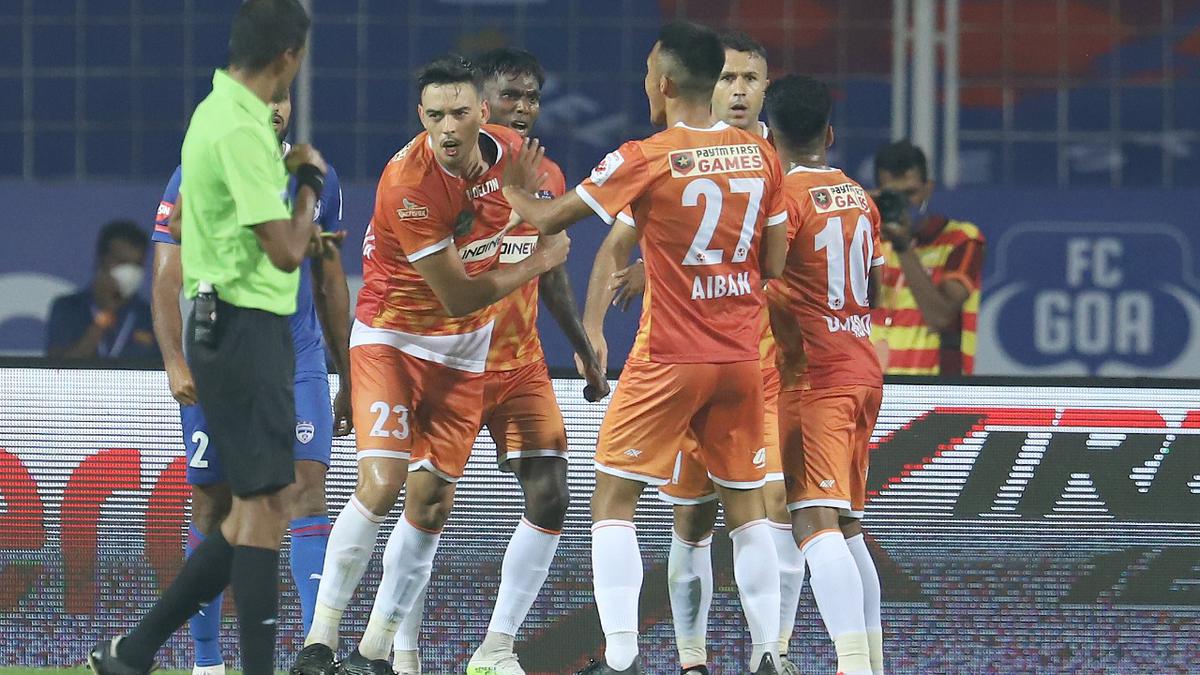 New signing Angulo, a replacement for prolific striker Ferran Corominas, made a mark in his ISL debut in style. FC Goa entered the second-half trailing 0-2, before Angulo came alive.


The Spaniard scored his first goal in the 66th minute, slipping behind the Bengaluru defence to latch on to a clever pass from Alberto Noguera.  A strong left-footed shot was too hot to handle for goalkeeper Gurpreet Singh.

Angulo bagged his second just three minutes later as he was in perfect position in front of goal to chest in a cross from Brandon Fernandes.

Earlier, Bengaluru held all the cards, going in front through goals from Cleiton Silva and Juanan. On both occasions, the FC Goa defence stumbled. Brazilian Silva got on the scoresheet in the 27th minute with a powerful header which flew past FC Goa custodian Mohammad Nawaz. Silva was able to shake off his marker Sanson Pereira much too easily.


Juanan doubled his side’s lead after the restart when he found himself completely unmarked deep inside the FC Goa box. BFC midfielder Erik Paartalu – similarly left free – had all the time and space in the world to head the ball to Juanan, who slammed his shot in. The FC Goa back-line had fallen asleep, and paid the price.

FC Goa played with greater purpose in the second-half, creating chances regularly. BFC, on the other hand, was content to play it safe, substituting forward Udanta Singh for defender Rahul Bheke. The approach did not work, however, as Angulo and FC Goa came roaring back.