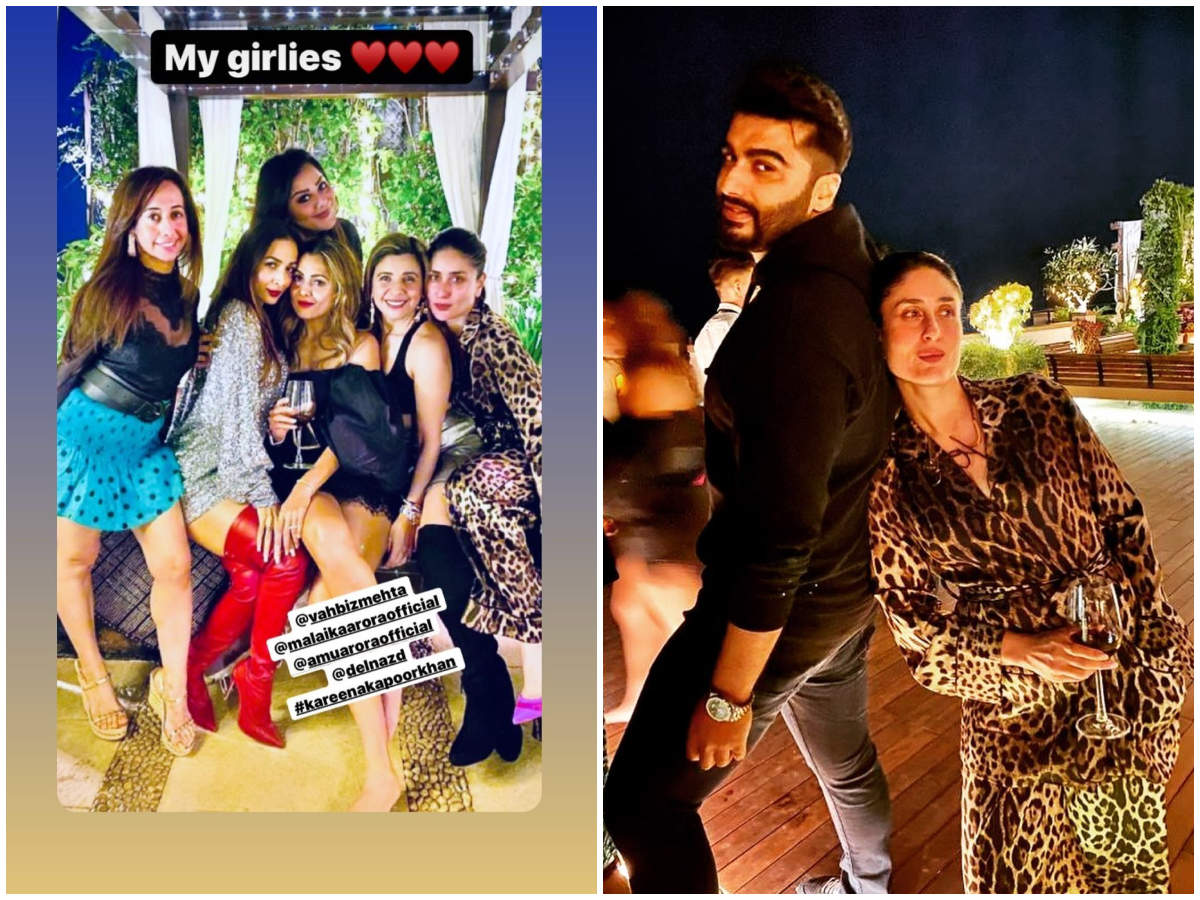 Yesterday, Malaika Arora‘s sister celebrated her 42nd birthday. The star threw a bash for her close friends and family members and photos and videos from the party are doing the rounds on social media. The birthday party was attended by Malaika, Kareena Kapoor Khan and her girl gang.

For the party, Bebo opted for a stunning cheetah print jumpsuit. She opted for minimal makeup and looked gorgeous as she left her hair loose around her shoulders. The star finished the look with a pair of pink heels and we can’t get enough of her!

Check out her photo here: 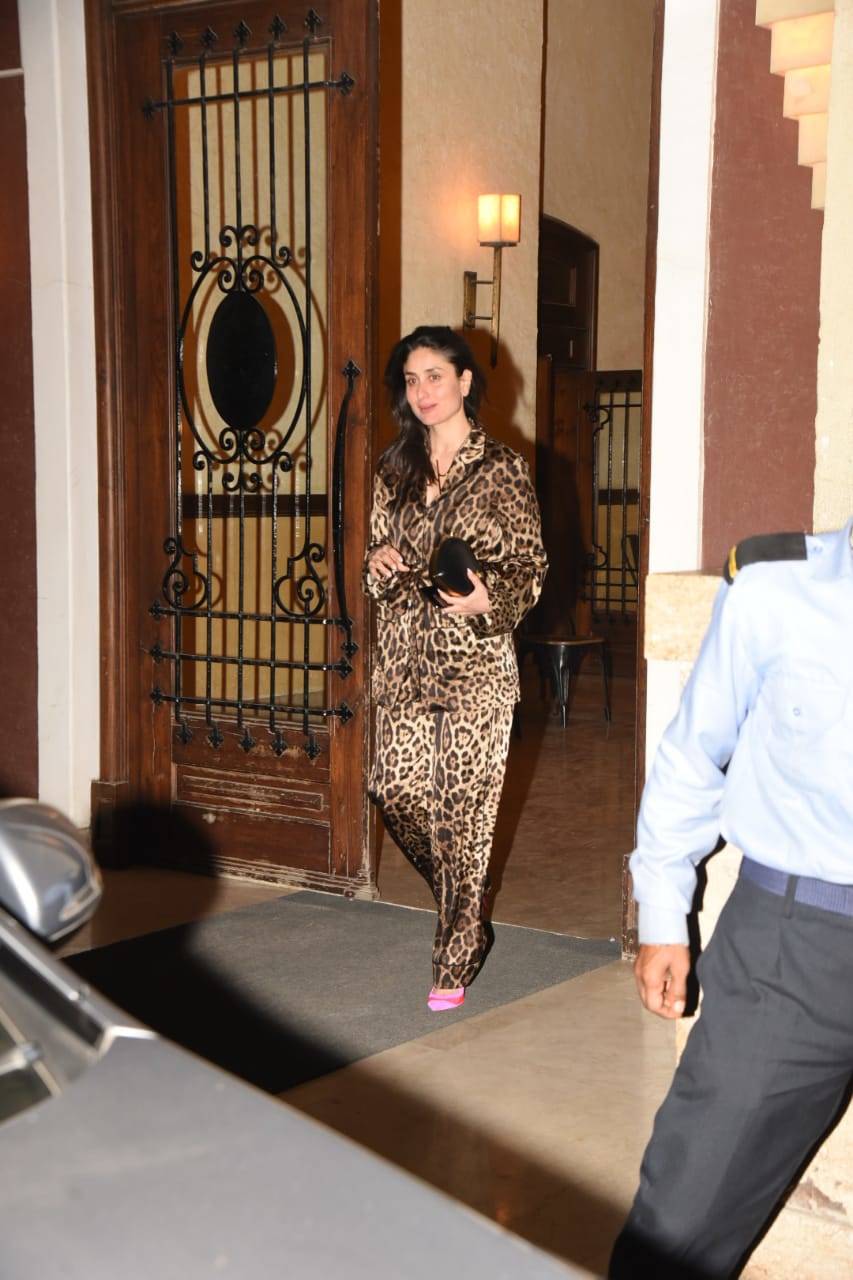 On the other hand, Malaika donned an all-shimmer mini dress. Her boyfriend Arjun Kapoor was also a part of this bash. He even shared a photo with Bebo. The post was captioned as, “Blow a kiss, fire a gun. Bebo’s always got me to lean on.” Malaika’s son Arhaan was casually dressed for the birthday bash.

Check out inside photos: 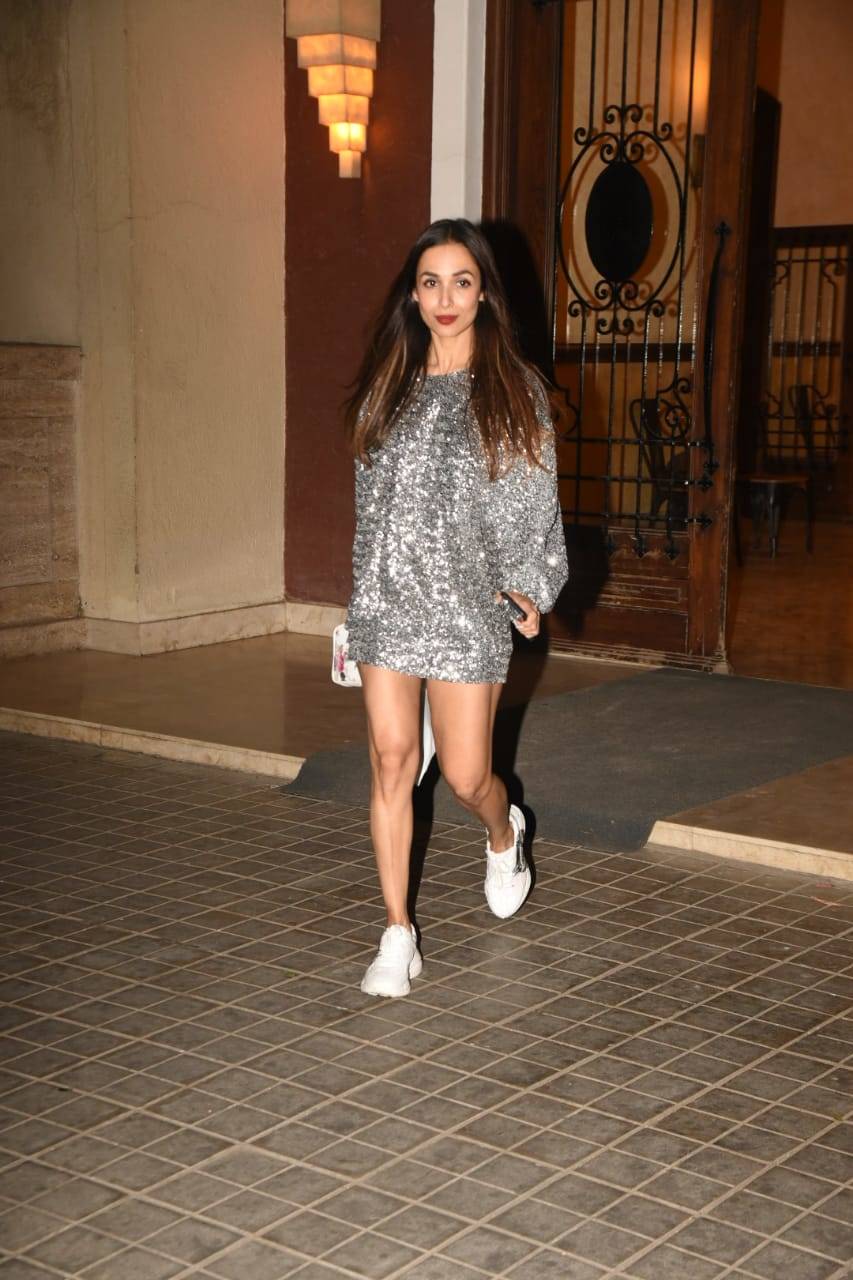 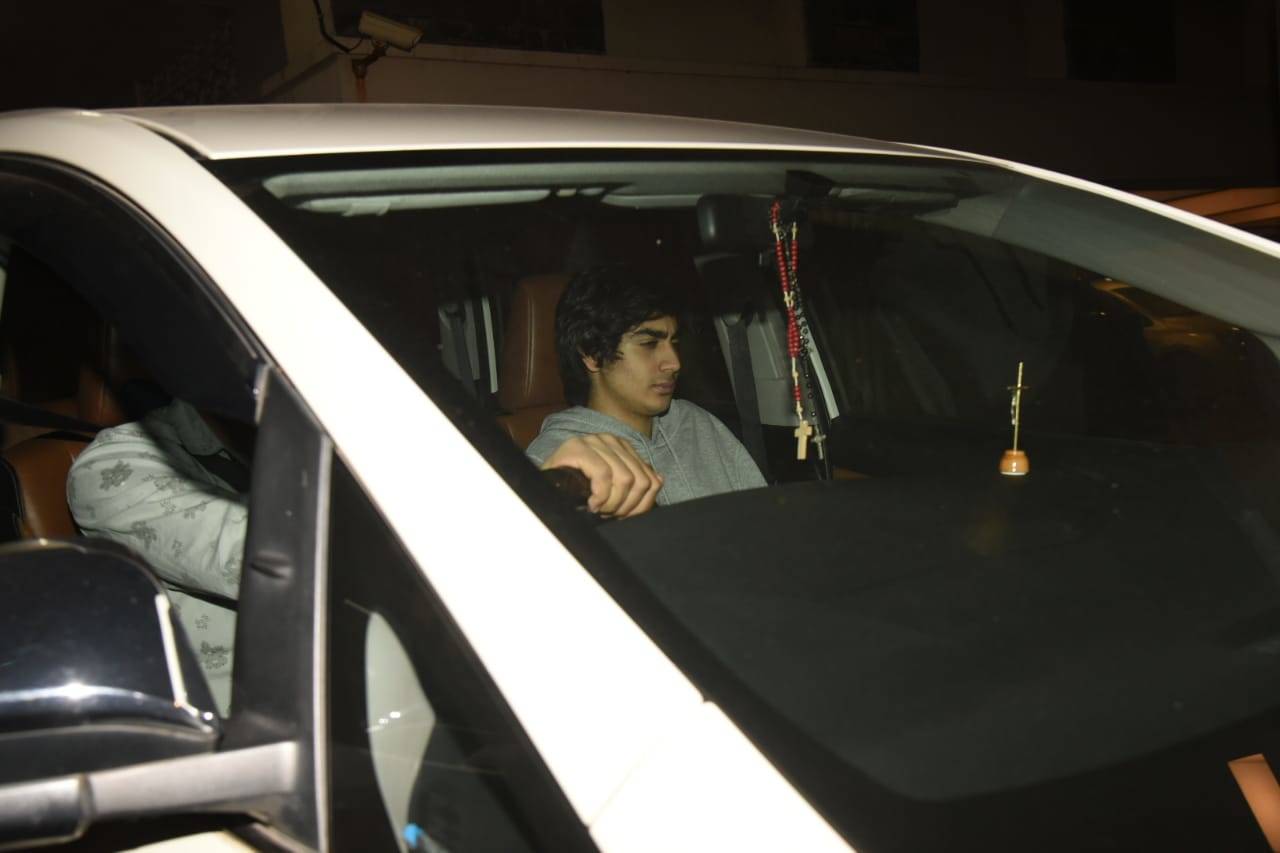 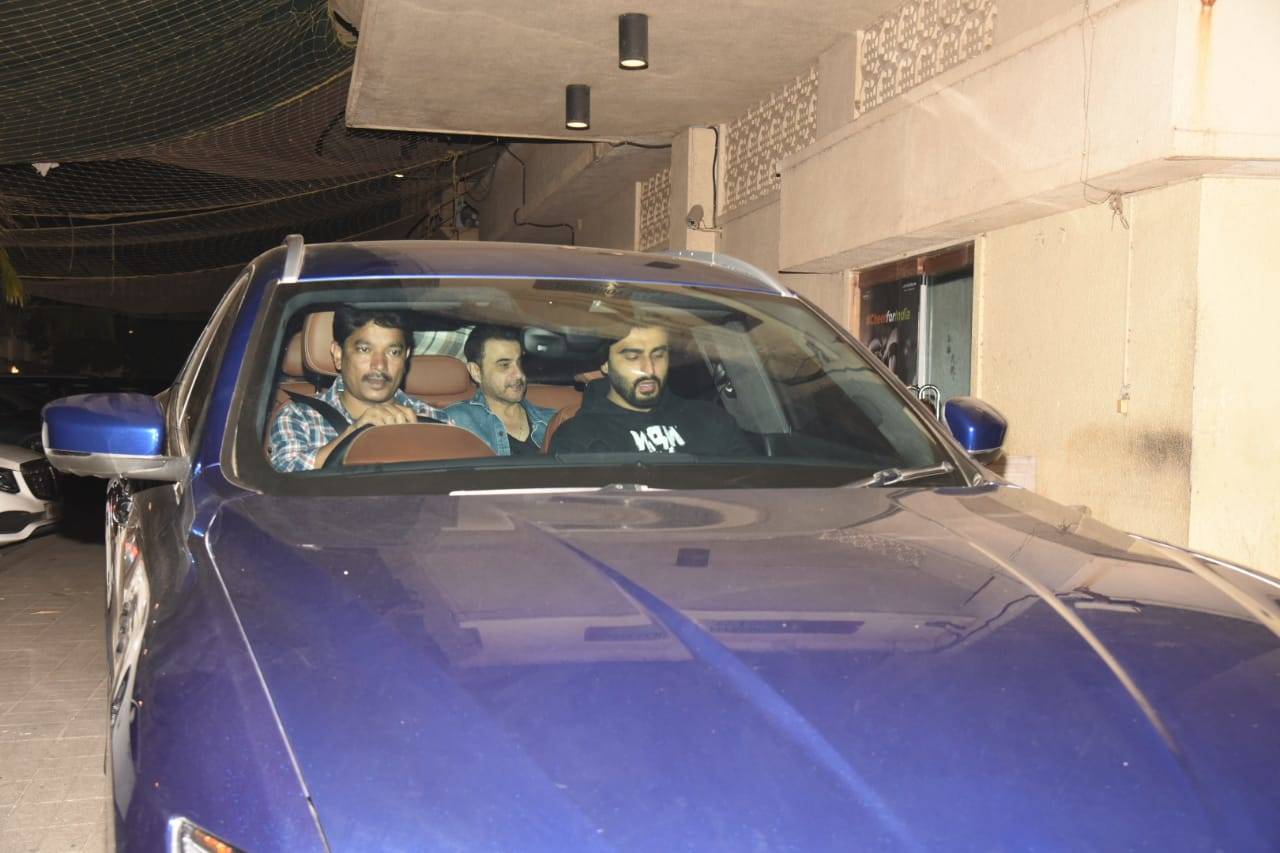 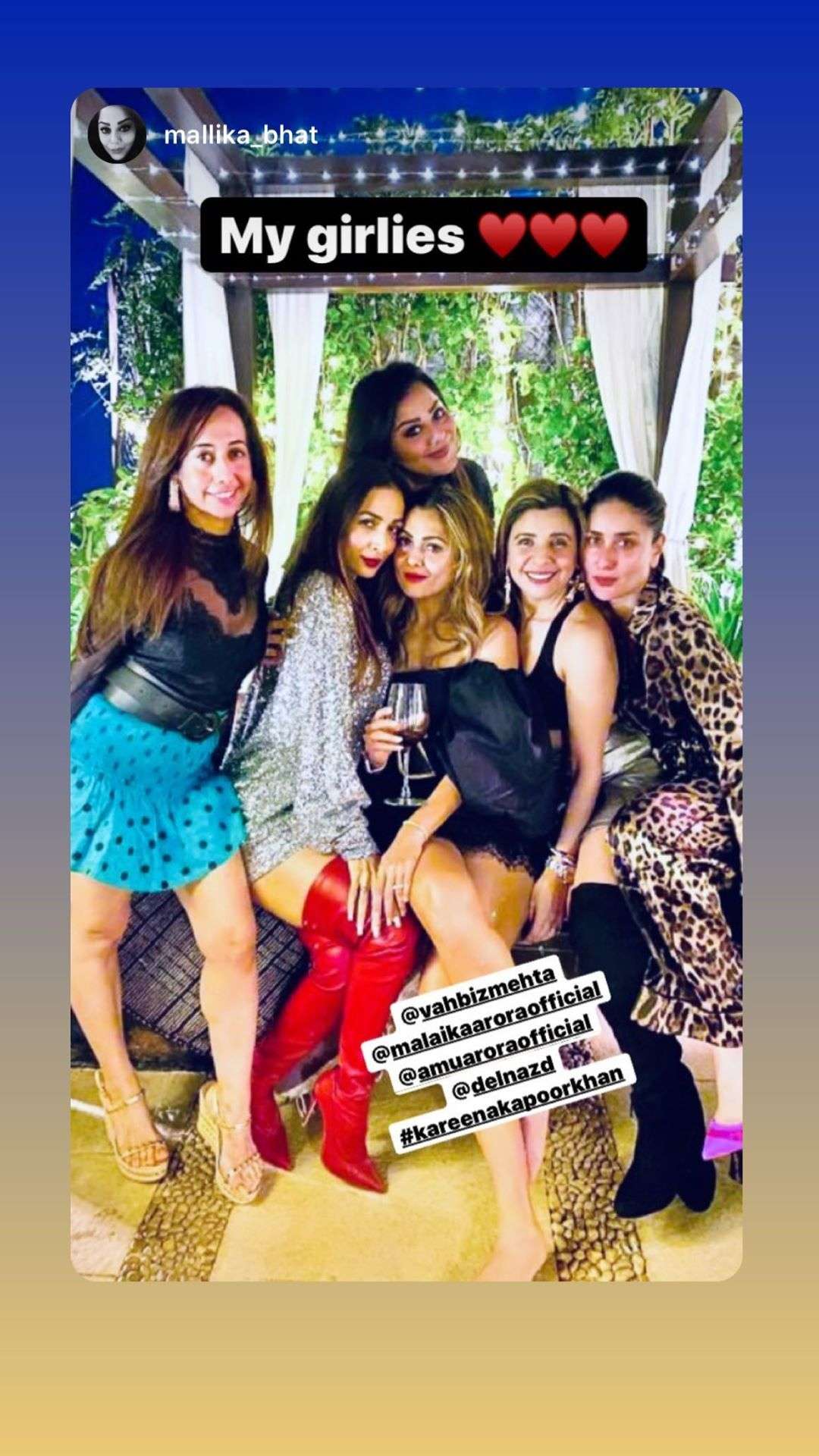 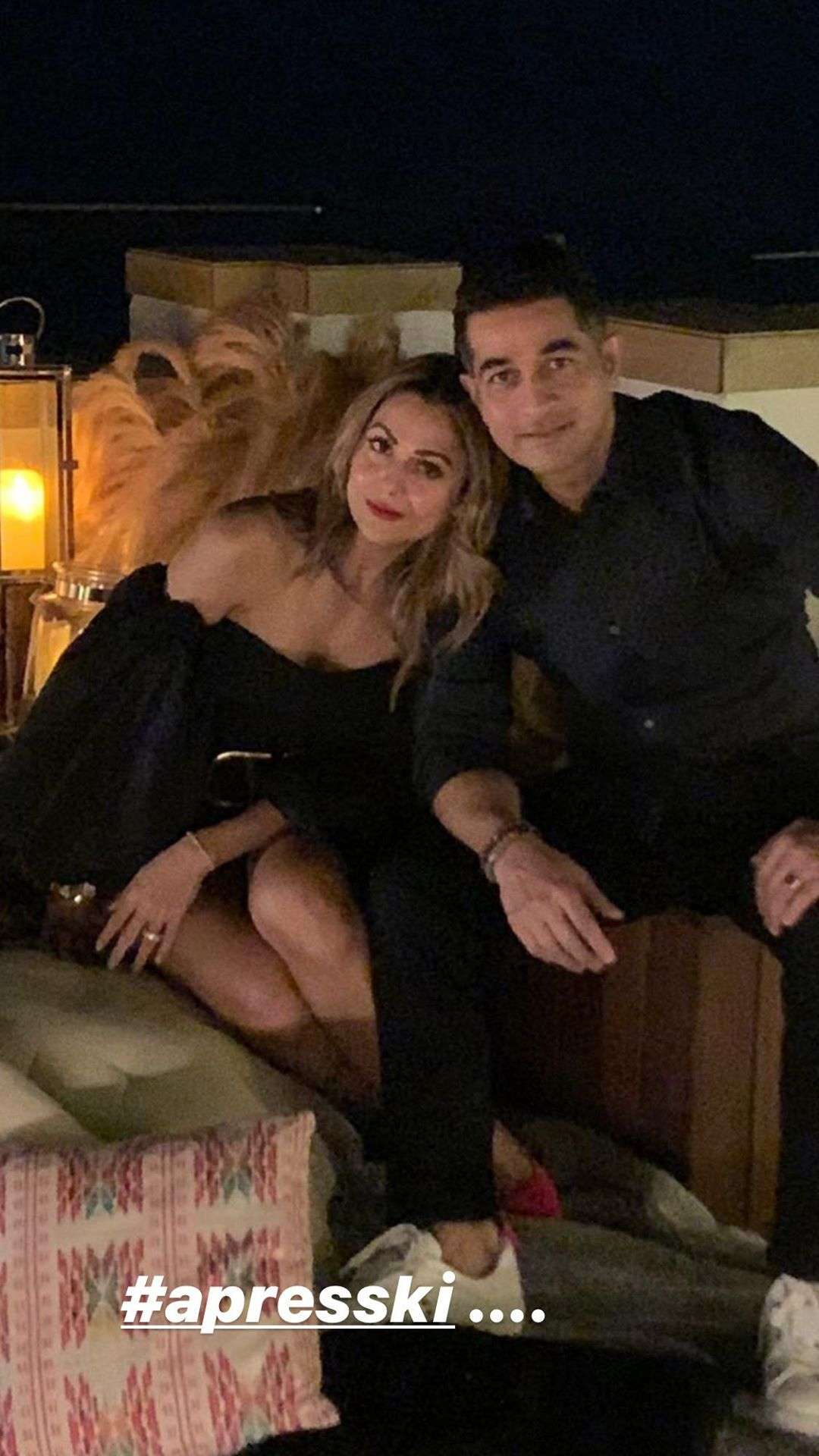 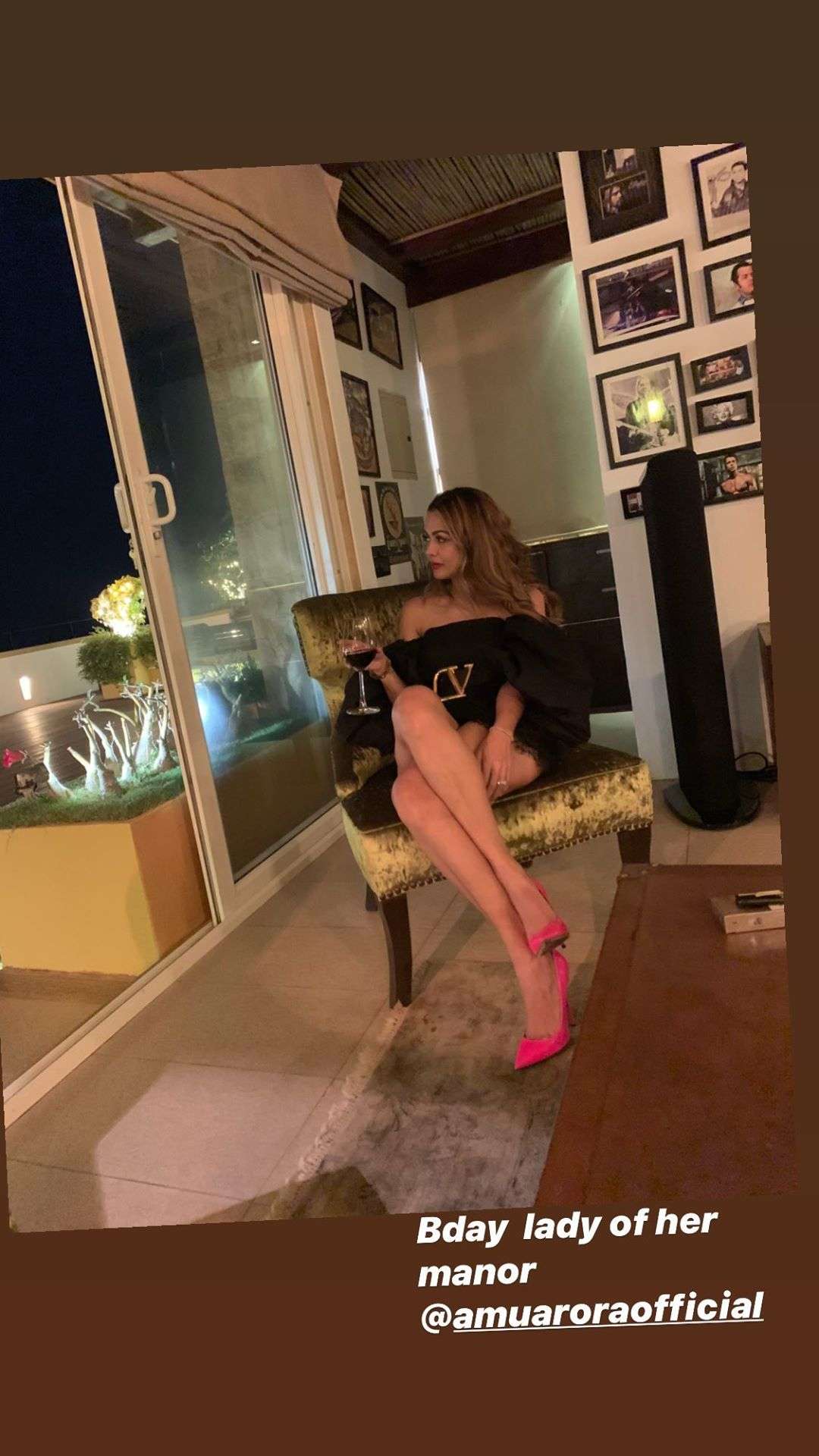 Apart from them, Chunky Panday and his wife Bhavana, Sanjay Kapoor‘s wife Maheep Sandhu and Sohail Khan’s wife Seema Khan were also papped as they arrived at the venue. 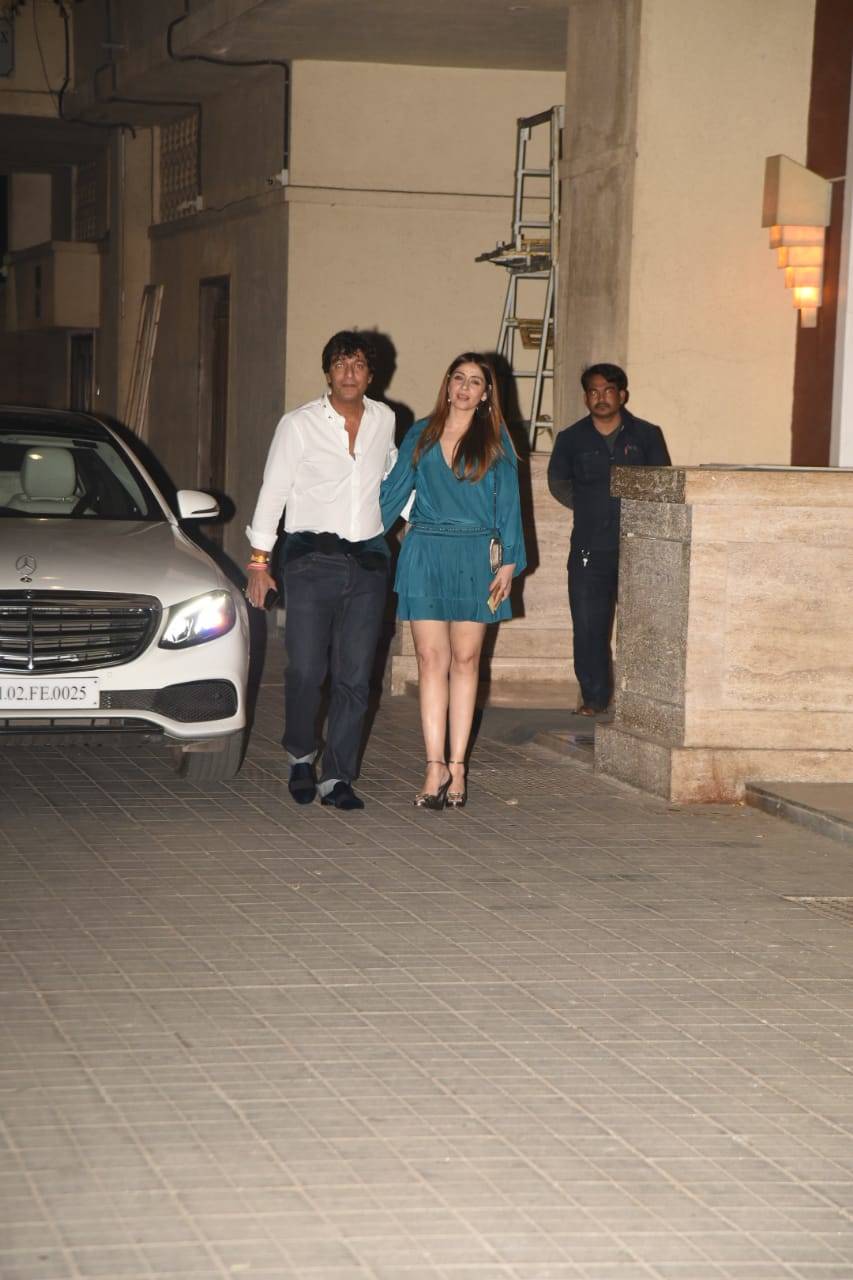 On the work front, Kareena was last seen in Raj Mehta’s ‘Good Newwz’ co-starring Akshay Kumar, Kiara Advani and Diljit Dosanjh. She will be seen next in Homi Adajania’s Angrezi Medium co-starring Irrfan. 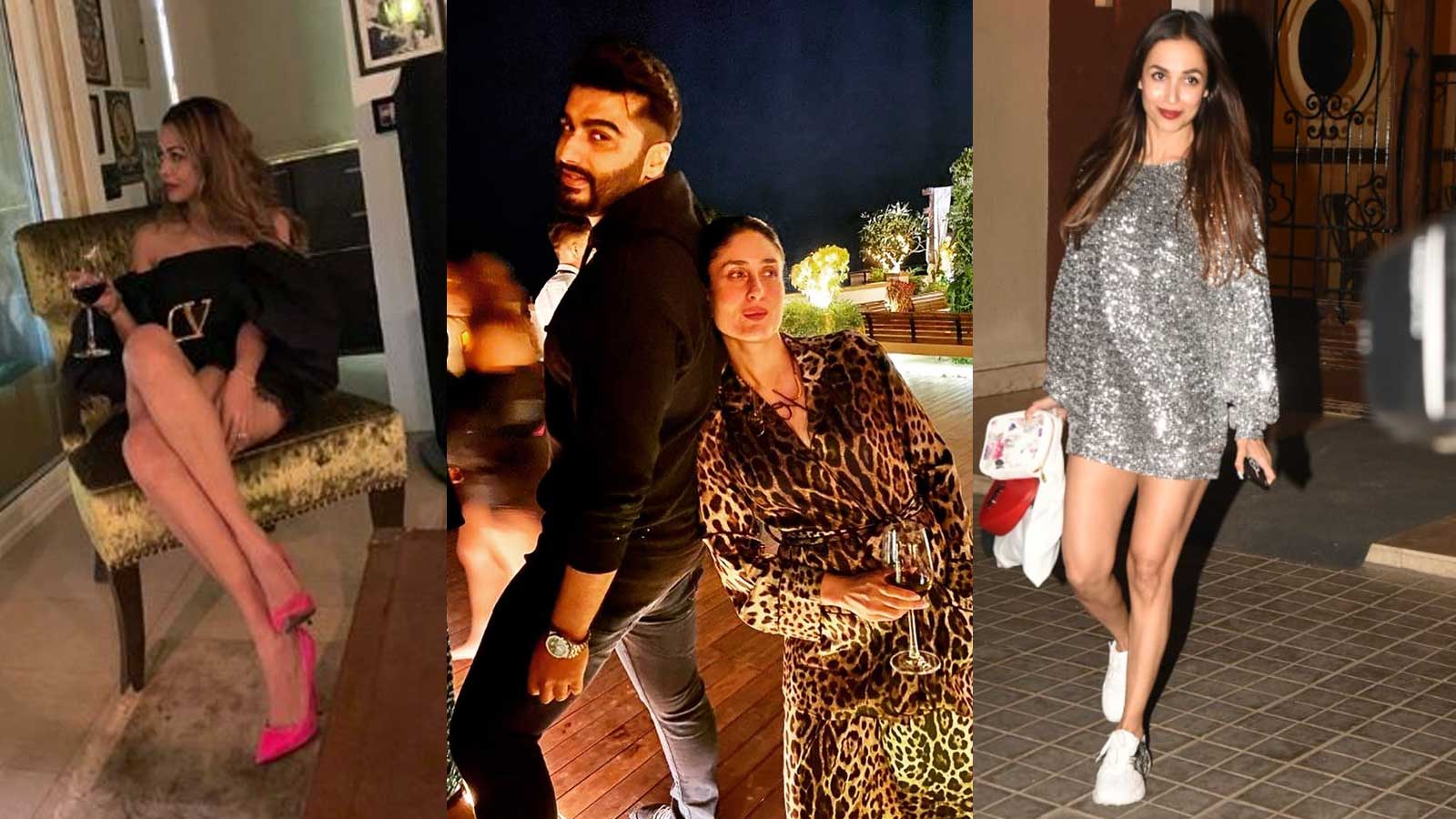 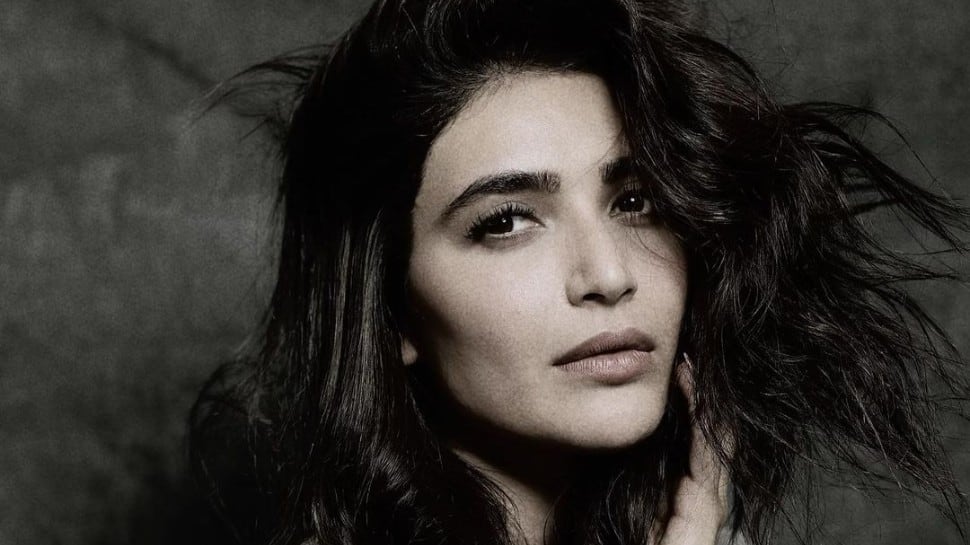 Karishma Tanna shares glimpse of her morning routine on shoot days, check it out 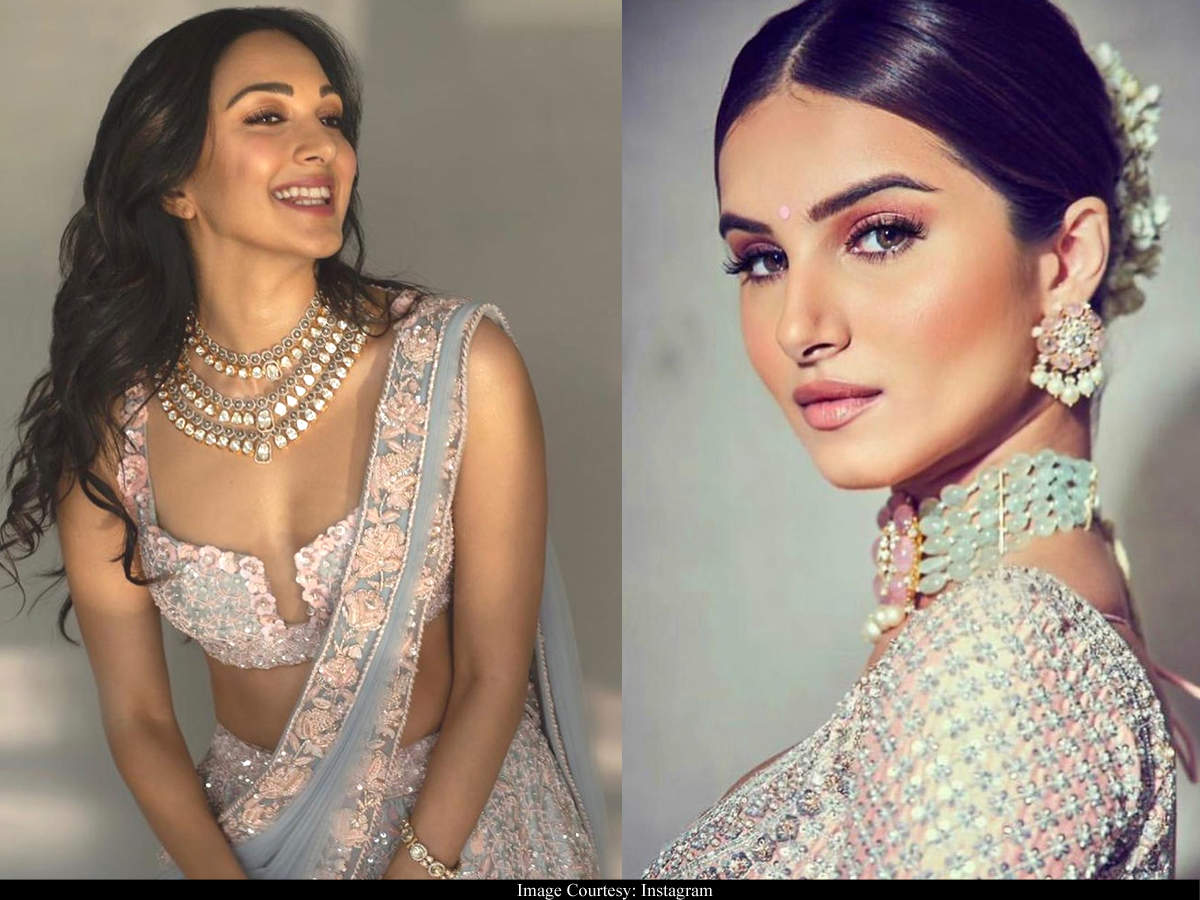