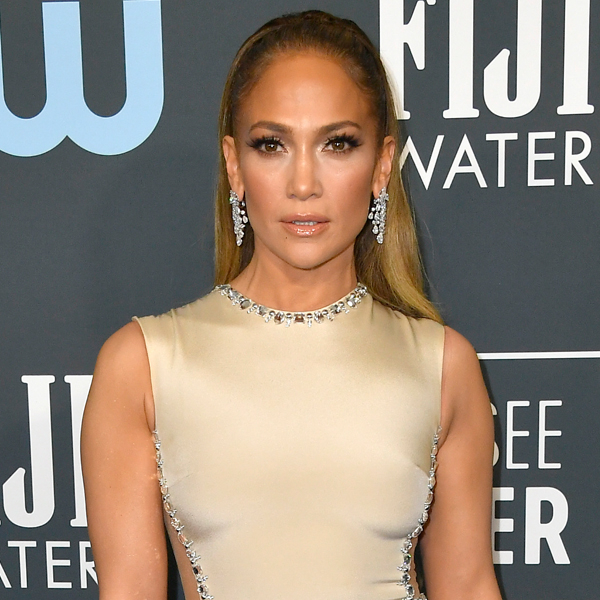 One year ago, Jennifer Lopez sat down with Harper’s Bazaar and made a vow: “At this point in my life, I’m trying to give myself more credit.”

It’s something she’s struggled with in the past thanks to the various detractors one tends to encounter when they reach a certain level of achievement. “It’s hard when people are always telling you that you’re not good at things or saying, ‘Why is she successful?”https://www.eonline.com/”

A notion that seems fairly insane when you consider all the talented singer-actress-dancer-designer-producer-business owner (a multi-hyphenate long before it was trendy) has accomplished, but as Taylor Swift once said, haters gonna hate, hate, hate.

So when Lopez was invited to host Saturday Night Live for the third time this past December, she decided to take her own advice and brag a little on the amazingness that is J. Lo.

“This year, I gotta be honest, I’ve been so blessed,” gushed the New York City native. “First off, I got what every girl from the Bronx dreams of: Proposed to be a Yankee.” And while saying yes to Alex Rodriguez was nice and all, don’t be fooled by the new 10-carat rock that she got—she did so much more this past year than land herself a new fiancé.

“I had the biggest movie opening I’ve ever had that included a lap dance from Cardi B,” continued the Hustlers star and producer. “I went on a sold-out tour and I slayed the Met Gala. And that’s not a brag—a doctor diagnosed it on the spot as a fourth-degree slay. I’m about to perform in the Super Bowl halftime show. I walked the runway in Milan for the first time wearing a dress I wore 20 years ago. You know, some people said I look better now than then. And I’m not bragging, that’s just, you know, gossip. And what else? Oh yeah, oh yeah, I had a big birthday: I turned 50!”

Basically, what she was getting to was that she’s on her sixth decade and has never been better. “Seriously,” she summed up, “what I really want to say to everyone watching out there is the best is yet to come.”

And for Lopez, that includes tomorrow night’s halftime performance in Miami alongside “fellow Latina” Shakira, something she’s likened to, “winning the Oscar.”

Learning she’d been tapped to headline the 54th Super Bowl, marking the NFL’s 100th anniversary in her adopted city of Miami was a rush for Lopez, who grew up with her parents tuning in to watch the New York Jets battle it out each week. 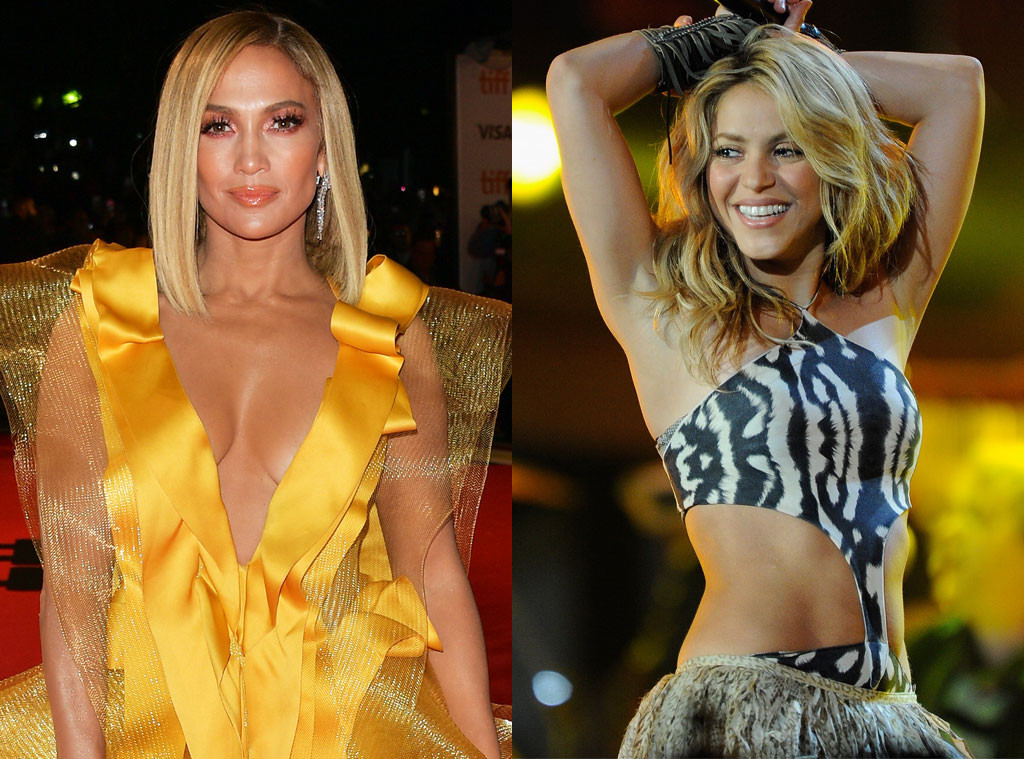 “When we got that call from [NFL commissioner] Roger Goodell and the league and Jay-Z, we were thrilled and she was in tears,” Rodriguez revealed on Today in November. “She’s been rehearsing for, like, six weeks.”

Because she’s J. Lo and she refuses to put anything but her very best on the floor. “It’s the biggest show that there is. It has the biggest audience,” she explained in a December CBS Sunday Morning interview. “You get to have like this big production. You don’t get to do that on tour. Everything’s like, budget-conscious and ‘You can do this and you can do that.’ It’s a different experience and I think it’s just like a fantasy for all musical artists to be able to play the Super Bowl and have like that 12 minutes of an amazing show. I don’t know. There’s just something exhilarating about it.”

In deference to the moment, the two-time Grammy nominee, who has a bevy of Hot 100 singles to choose from, “has been preparing for several months now,” an insider reveals to E! News, “and has been working very hard. She has been on a very strict regimen and has been very disciplined with working out every day and eating extremely clean. She also has taken a lot of time with voice coaches and her team practicing her routine. She wants it to be her best performance yet.” 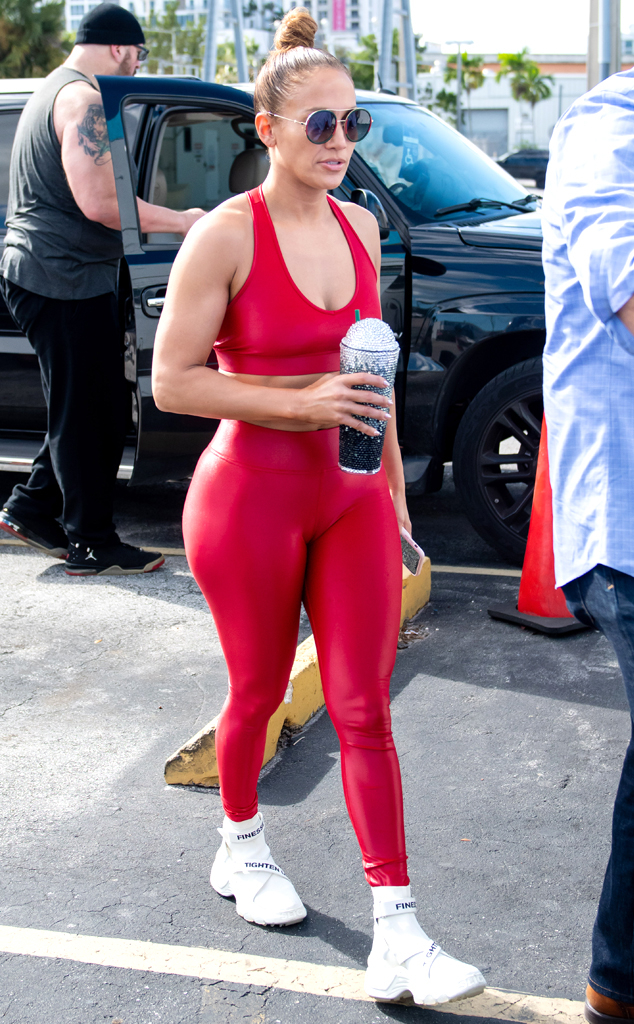 We have no doubt it will be at least a fourth-degree slay.

And while we’re unclear if the Kansas City Chiefs or the San Francisco 49ers will be left at the end, hoisting the Vince Lombardi trophy into the air, we’re ready to declare Lopez as the big winner of not just the gridiron matchup but the whole shebang.

I mean, the stats don’t lie, just check out every victory she celebrated this year:

Put it all on the floor

Performing at the Feb. 10 Grammys, Lopez crushed a medley of Motown hits (plus dance moves and multiple costume changes) to recognize the record label’s 60th anniversary.

After Rodriguez reached out to Joanna Gaines about having her and husband Chip Gaines tackle their fixer upper—a three-floor, four-bedroom, 4,404-square-foot spread in the decidedly upscale neighborhood of Malibu, Calif.—the foursome got together for an April double date. So, when’s that episode airing?

The retired baseball pro topped his anniversary gift of Joanna Gaines with an estimated $1 million stunning emerald cut diamond and a well-rehearsed March proposal on a Bahamian beach. The plan is for the two to bring their blended family (she has 11-year-old twins Max and Emme; he’s Dad to daughters Natasha, 15, and Ella, 11) together this year. “I’d like a big wedding and I’d like to get married in a church this time,” she shared on YouTube of the 2020 affair. “I’ve never been married in a church and I’ve been married three times.”

Reminded Us All She’s Body Goals

“I was terrified. I felt exposed. I was like, ‘I’ve never done anything like this. I’m going to be up there in f–king dental floss,”https://www.eonline.com/” Lopez told Variety of filming her stripping scenes for Hustlers. “And then you get up there, and you have to have a ‘f–k you,’ empowered attitude. You have to take your power back.” Uh, raise your hand if you’d feel awfully bold if your abs looked like this.

The cure for whatever ails us: “Medicine”, the single she released with French Montana in April, hit number one on the Billboard Dance Club Songs chart. The musician went on to perform it during a May Today concert and use it as the opener for her 38-date It’s My Party tour.

Got Down With the USWNT

Not even a New York City blackout could stop Lopez from delivering at her Madison Square Garden performances. After a successful July 12 show (during which she gave a lap dance to recent World Cup victor Carli Lloyd) a Manhattan power outage forced her to cancel the next night’s concert. But when she returned to the stage July 15, she delivered. Leave it to J.Lo to bring us out of the dark.

Did the Most at the Met Gala

One doesn’t simply show up to the CFDA Fashion Awards in just anything—particularly when they’re being recognized as a Fashion Icon for their “bold, uninhibited, and always memorable” style, as CFDA president and CEO Steven Kolb put it. So the designer turned out in a custom Ralph Lauren bedazzled crop and dramatic train moment.

Celebrated 50 With a New Whip

What to get the woman who truly has everything for her birthday: For Rodriguez it was a $140,000 red Porsche 911 GTS convertible. Well done, sir.

And an OTT Party

Her love? That don’t cost a thing. But you’re gonna need to shell out to recognize a milestone birthday. Lopez’s gilded July bash at Gloria Estefan‘s estate on Miami Beach’s Star Island featured a multi-tiered cake, a champagne tower, several tents of partygoers and a fireworks finale.

Had a notorious Run-in

When you’re Jennifer Lopez, you can do things like phone up Supreme Court Justice (and fellow New Yorker) Ruth Bader Ginsburg and arrange a meeting to ask, amongst other things, we’d assume, the secret to a long, happy marriage. Recalling the encounter during her September talk at the Library of Congress National Book Festival, the Brooklyn-bred attorney shared that she passed along the words she’d received from her mother-in-law more than five decades earlier: “It helps sometimes to be a little deaf.”

Dusted off her Versace

Oh, this old thing? Just something she had lying around from her appearance at the 2000 Grammys. “It was such an empowering thing,” the actress recently told Vanity Fair of putting on a revamped version of the infamous jungle dress to close out Donatella Versace‘s Milan Fashion Week show in September. “Twenty years had gone by, and I think for women, knowing you can put on a dress 20 years later—it resonated. It was like, ‘Yes, you know, life is not over at 20!”https://www.eonline.com/”

Living up to her film’s name (she took on double-duty acting and producing), she hit the press circuit hard, turning out in cities from Toronto to New York City to Los Angeles in Elie Saab, Balmain and Zimmerman. Her reward: stellar box office numbers (Hustlers raked in an estimated $32.2 domestically during opening weekend) and her first Golden Globe since her 1997 breakout role as Mexican-American singer Selena Quintanilla.

Just in case you forgot, she posted a sweaty October gym selfie highlighting her collection with Niyama Sol and the results of her Sunday workout session.

Made a Teacher’s Day

When she and Rodriguez spied a post from a Tennessee educator detailing how one of her students was too hungry too learn, the investors in frozen food company Tiller & Hatch arranged “to donate a year’s worth of of their yummy, healthy meals, for the students and their school’s food pantry,” she explained in an Instagram post. “This is why being a business owner, and having actual ownership in companies (not licensing), is so important to me and Alex, especially as Latinos.”

Brought the funny (and high kicks) to SNL

Bigger boss move: opening Saturday Night Live with a monologue of all the ways you’ve been killing it or dancing toe-to-toe with the Rockettes? Lopez did both, then slipped into her standout Versace for good measure. And that was just the first few minutes.

Sure, she lost the Best Supporting Actress in a Motion Picture prize to Marriage Story‘s Laura Dern, but Rodriguez ensured she still felt like a winner with his post-show Instagram tribute. “Jen, it doesn’t take a trophy, medal, or plaque to identify a true champion,” he wrote. “To millions of young women who have watched you and have been inspired and empowered to do amazing things in their lives, you are a champion. For countless musicians, dancers, actresses, and performers who have seen and emulate your passion, drive and work ethic to find their own success, you are a champion.”

Lopez fans got loud when they learned the Hustlers standout didn’t score an Academy Award nomination for her portrayal of stripper and shrewd entrepreneur Ramona.

Prepared to take the field

No doubt her months of hard work will pay off tomorrow evening at the Super Bowl. The game plan for the 12-minute performance includes individual sets from both her and Shakira in English and Spanish plus a chance for us to see Lopez dance again. “It’s in Miami and we’re both Latin artists,” she explained on CBS Sunday Morning in December. “We bring that flavor.” 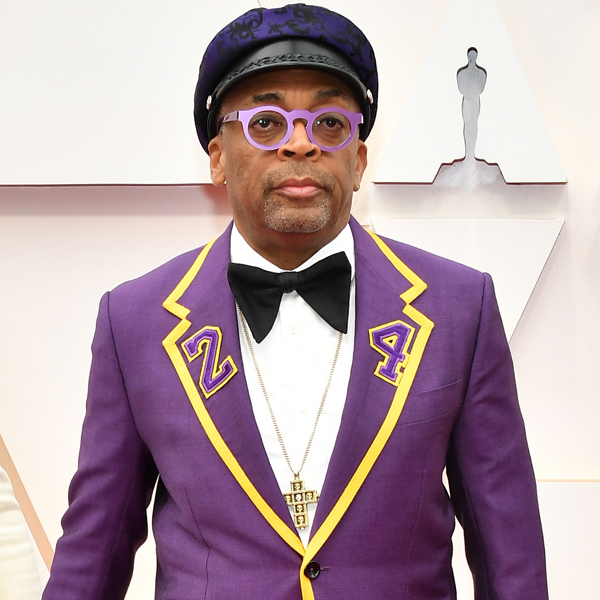 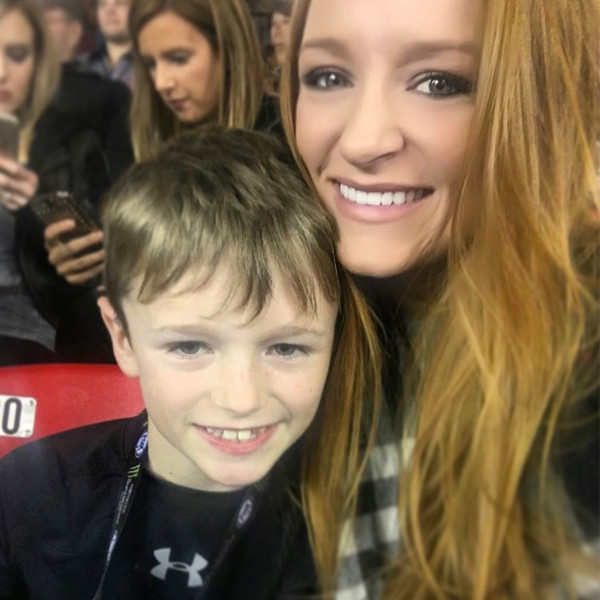 Jill Scott: 5 Things To Know About Singer Facing Off With Erykah Badu In Epic Instagram Battle