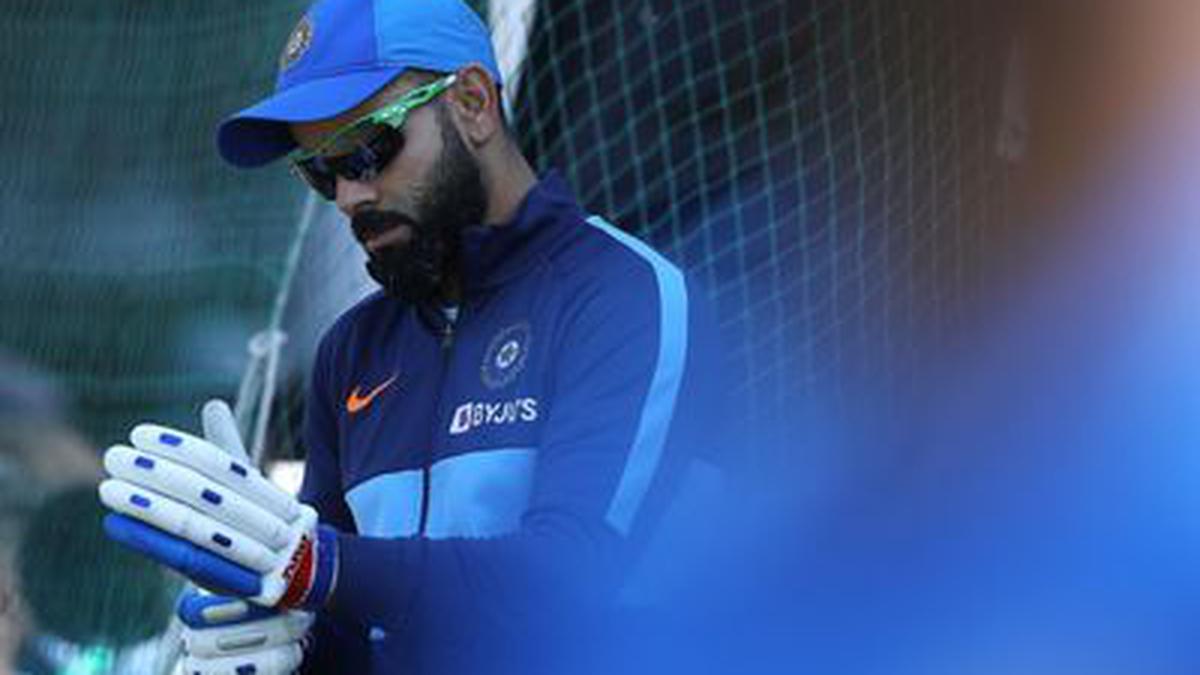 Rohit’s serene cover drive was the highlight of the last two overs. Starc steamed in from round the stump and delivered a full length delivery outside off: Rohit lunged forward, opened the bat face and drove it gorgeously past mid-off.. This is an absolute belter of a wicket. Nine came off Starc’s third. IND 32/0 after 6 Overs.

Dhawan and Rohit got a boundary each off Cummins’ last over, which went for nine. Meanwhile, Starc conceded a boundary too, Dhawan dispatching a leg-stump half-volley handsomely for four. Six from that over. IND 20/0 after 4 Overs.

Mitchell Starc to share the new ball. Dhawan welcomes him into the attack with a well timed straight drive for four. Good comeback from Starc. Four dots followed by a single. IND 5/0 after 2 Overs.

Rohit and Dhawan are at the crease. Rohit is on strike. Pat Cummins will take the new ball. He starts off with a maiden. Impressive speeds : all in excess of 140. IND 0/0 after 1  Over.

TOSS UPDATE: Australia has won the toss and decided to bowl.

Kohli: We would’ve bowled first as well. But the good thing is there’s not much dew. It looks really nice and hard. If we put enough runs on the board, we have a good chance of defending. You will be beaten comprehensively by sides like Australia at the International level. It’s about understanding what went wrong. We need to focus on the positives.

Finch: We are going to bowl first. It looks like a beautiful wicket, I don’t think it’s going to change. We had success chasing in the last game, hopefully we can do that today as well. They (the spinners) controlled their length really well. Same team for us.

JUST IN: KS Bharat has joined the Indian team as a back-up wicketkeeper.  With Sanju Samson & Ishan Kishan being a part of the India A side in New Zealand, the selection committee decided to name K S Bharat as back-up wicket-keeper.

The call was taken after Rishabh Pant flew to Bengaluru to undergo his rehabilitation protocol in the National Cricket Academy. The wicket-keeper batsman was hit on the helmet while batting in the 1st ODI in Mumbai and was ruled out of the 2nd ODI in Rajkot.

His recovery is being monitored by the NCA and a call on his availability for the final ODI in Bengaluru will be taken accordingly.

If it ain’t broke, don’t fix it — the idiom fits perfectly while describing India captain Virat Kohli’s decision to switch his batting position from No. 3 to No. 4. To accommodate the three specialist openers in the team, Kohli demoted himself.

And the move backfired in the series opener in Mumbai on Tuesday. Kohli did not fire and India ended up with a below-par total on board.

With Aaron Finch and David Warner helping Australia cruise to a 10-wicket win, India — for the second time in as many months — finds itself in a position to bounce back after trailing in a three-match ODI series. If Kohli’s cavaliers have to show the resilience they showed against West Indies last month, it’s time the captain regains his customary No. 3 position.

Kohli — who has scored 36 of his 43 ODI hundreds at No. 3 — admitted that India had to “rethink” about the batting order. “We’ve had this discussion many times in the past; because of the way K.L. (Rahul) has been batting, we have tried to fit him in the batting line-up,” Kohli had said at the post-match presentation at the Wankhede Stadium. “Having said that, I don’t think it’s quite gone our way whenever I’ve batted No. 4 so we’ll probably have to rethink about that one.”

Come Friday and India’s quandary over the batting line-up will still continue, considering Rishabh Pant’s unavailability for the game. The wicketkeeper has been ruled out of the must-win game after being hit on the helmet. As a result, Rahul — who donned the gloves during Australia’s chase — is set to continue as the wicketkeeper. It will be interesting to see if Kohli and Rahul swap batting positions. Pant’s injury also means that it will be a toss-up between Manish Pandey and Kedar Jadhav for the No. 6 slot.

READ| Ravichandran Ashwin to play for Yorkshire county in 2020 season

Australia will enter the game high on confidence. Centurions Warner and Finch will hope for another cracking start on a belter at the Saurashtra Cricket Association stadium at Khanderi.

That the opening duo was never separated at Wankhede meant Marnus Labuschagne was deprived of having a hit in his much-anticipated ODI debut. The in-form batsman will be looking forward to prove his mettle in the shorter version on Friday.

It remains to be seen if Australia bring on Josh Hazlewood in place of Kane Richardson as the third seamer but considering Williamson fared pretty well at Wankhede, the management is not likely to tinker with the combination.