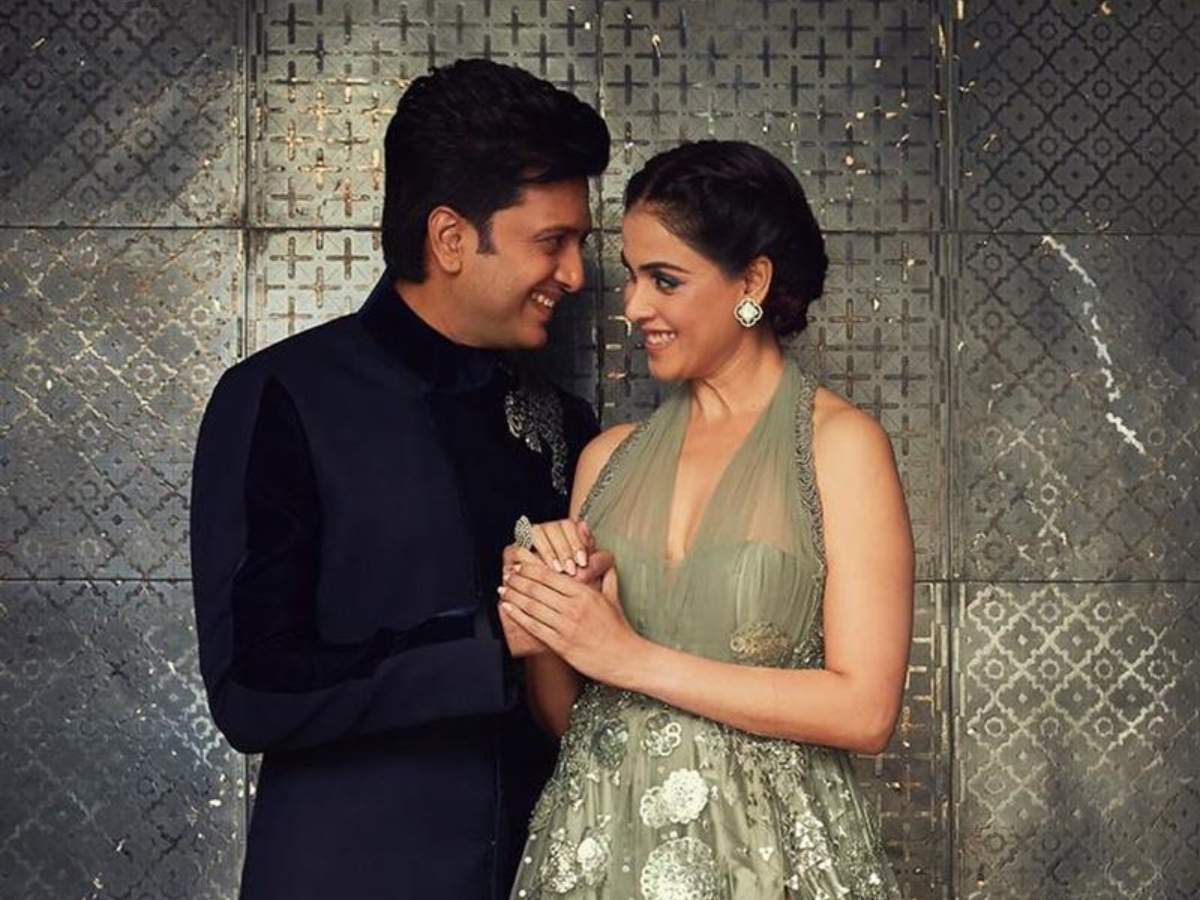 Genelia D’souza and Riteish Deshmukh has completed another blissful year of marriage today. The couple had tied the knot on 3 February 2012 according to the Maharashtrian style wedding. At present they are parents to two sons Riaan and Rahyl. Celebrating the special day, the ‘Jaane Tu Yaa Jaane Na’ actress took to the photosharing app to post a romantic wish for hubby Riteish Deshmukh.

Genelia shared a beautiful video which includes the throwback picture of the two and captioned it as “Dearest Forever,Grow old along with me,I promise the best is yet to come❤️ Happy Anniversary
@riteishd Just to let you know I Love being my Husband’s wife 😍😍😍😍😍😍.
#since2002❤️”

The two met first time in 2003, on sets of ‘Tujhe Meri Kasam’. Ironically their first scene together was Genelia slapping Riteish, but as it turns out, it was the beginning of something beautiful. The two became best of friends and eventually started seeing each other. Their courtship period went on for about for 9 years and finally, in 2012 Riteish and Genelia got married.

On the work front, Genelia was last seen in a special appearance in Marathi film ‘Mauli’. While Ritesh was last seen in ‘Marjaawan’ and ‘Housefull 4’. He will be next seen in ‘Baaghi 3’ alongside Tiger Shroff and Shraddha Kapoor.

‘Thalaivi’ trailer: Kangana Ranaut stands tall as a woman in a world of men in powerful trailer on superstar turned politician Jayalalithaa – Times of India

Exclusive! Rahul Roy Out Of ICU; Doctors begin his speech and physical therapy – Times of India

Sushant Singh Rajput case: Bihar Police to send notices to director Rumi Jaffery and other people who were in touch with the late actor – Times of India